Located on the northeast corner of Africa, Egypt is considered a cradle of civilization, its history going back to the 6th–4th millennia BCE. Today, the nation is the second-largest economy in Africa, relying greatly on tourism. Millions of tourists from all over the world visit Egypt each year. And while most foreigners come here for the renowned pyramid complex on the Giza Plateau, scuba diving continues to grow in popularity.

The warm weather, clear water, colorful reef, abundant marine life, and great wrecks have earned Egypt the reputation of one of the world’s top scuba diving destinations. The Red Sea is named one of the 7 Wonders of the underwater world because of its beauty and biodiversity. Over 1,100 species of fish, of which about 20% are endemic, and more than 200 species of soft and hard coral can be found here. In addition to the reef, the plateaus, lagoons, gardens, and caves create the perfect environment for those passionate about all kinds of diving. 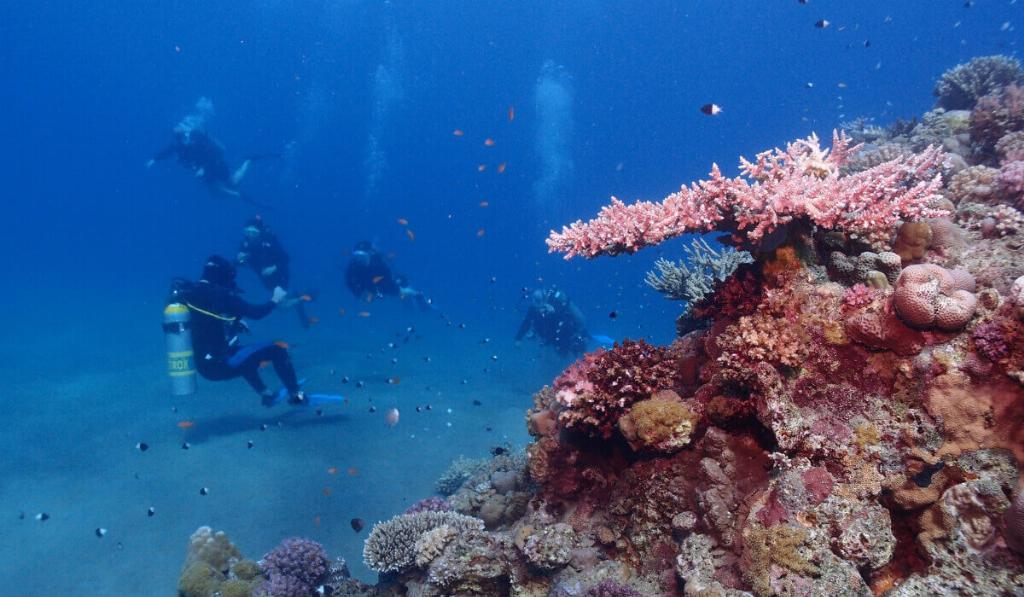 Diving in Egypt is possible year-round, but water temperatures vary significantly. When you visit the country is also a matter of what you want to see. The whale shark seasons usually starts in late May and lasts until the end of June. The summer months are also the best time to spot more sea creatures, as the plankton attracts manta rays and the sea turtles usually nest during the warmer months. Nonetheless, the winter months usually bring better visibility and less extreme air temperatures.

The water temperatures in Egypt vary between 20°C/68° F to 29°C/84° F depending on the season. Winter lasts from November to April and the hot summer starts in May and ends in October.

Depending on the dive site and region within the country, the currents can vary from gentle to strong.

The water visibility in Egypt varies between 20 to 40 meters (66 to 131 feet), but it is common to experience perfect visibility of over 40 meters.

The famous SS Thistlegorm Merchant Navy ship is one of the best wreck dive sites in the world and the most popular one in the Red Sea. The ship lies in 33 meters (108 feet) of water on the west coast of the Sinai Peninsula, about 40 km (24 miles) from Sharm El Sheikh. After being in the water for dozens of years, the wreck is now a beautiful artificial reef where divers can still observe many of the wartime supplies it carried. Tanks, armored vehicles, aircraft, trucks, jeeps, motorbikes, and rifles are just some of the incredible things you can spot on the ship. 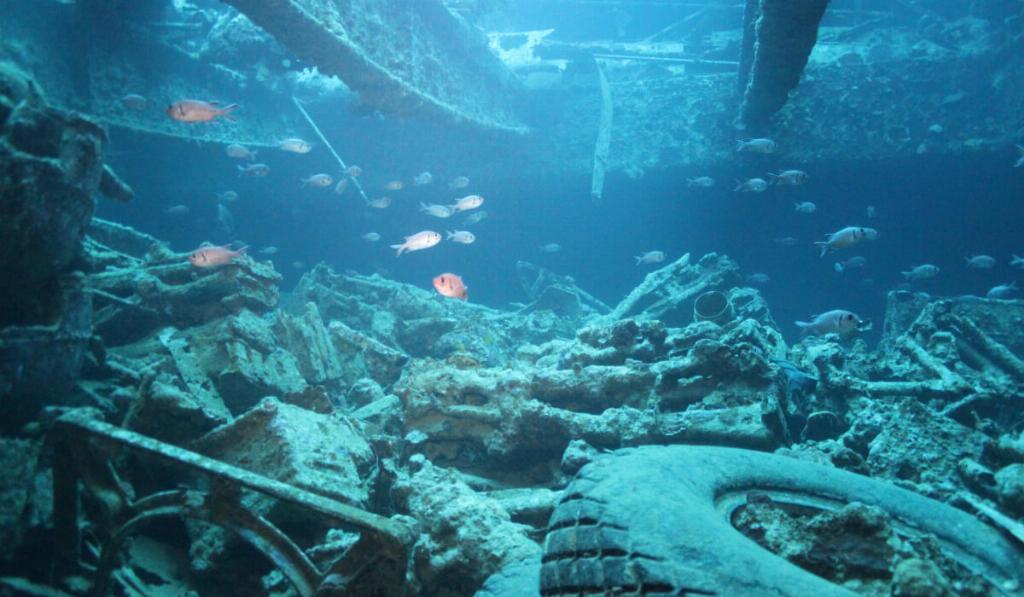 Panorama Reef is a colorful block of coral that offers panoramic views in its plateaus and vertical walls. It’s one of the largest reefs in its area and more than one dive is required to explore all of its features. The reef is covered in hard corals on the steep slopes and soft corals around the plateaus. Panorama Reef offers divers the chance of seeing an abundance of marine life, including white-tip sharks, grey reef sharks, hammerheads, eagle rays, barracudas, and tunas.

The Straits of Tiran are arrow sea passages located in the Gulf of Aqaba. They’re one of the best drift dives in Egypt, more suitable for advanced divers because of the strong currents and depth. Here, divers can explore Jackson Reef, Thomas Reef, Woodhouse Reef, and Gordon Reef. The reefs are teeming with fish and offer steep drop-offs where one can admire pelagic creatures. Hammerheads and tiger sharks are just some of the larger animals you can encounter here.

Giftun is a small island less than an hour away from Hurghada and the ideal destination for some of the best drifts in Egypt. After taking the plunge, divers drift along a wall of reef with a spectacular display of gorgonian corals. The reef levels out to a sandy plateau with more life than the wall. Stingrays, sea turtles, giant morays, stonefish, scorpionfish, crocodilefish, Napoleon wrasses, barracudas, and tunas are some of the sea creatures you can spot here. 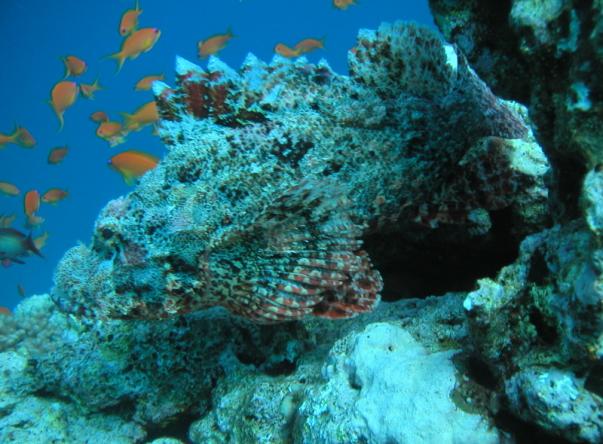 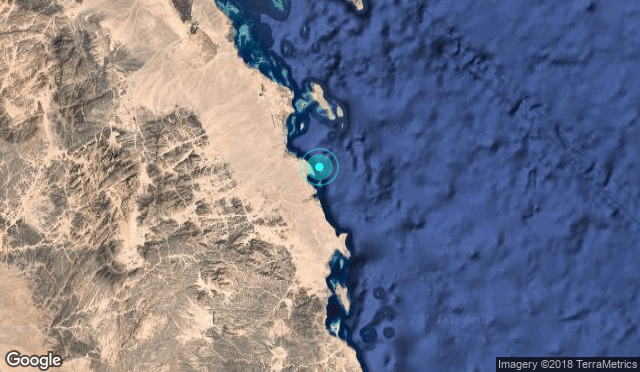 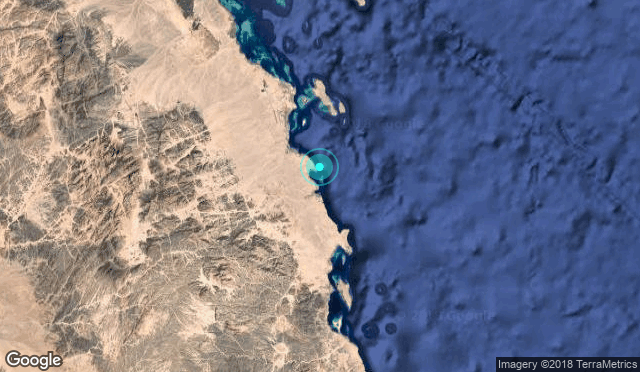 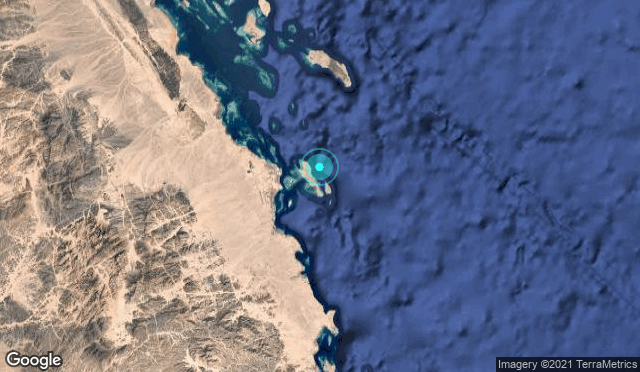 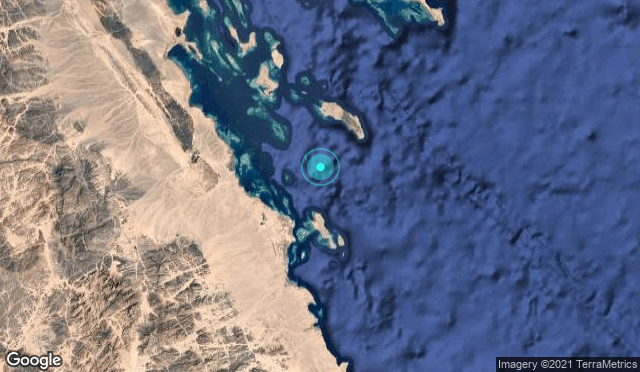 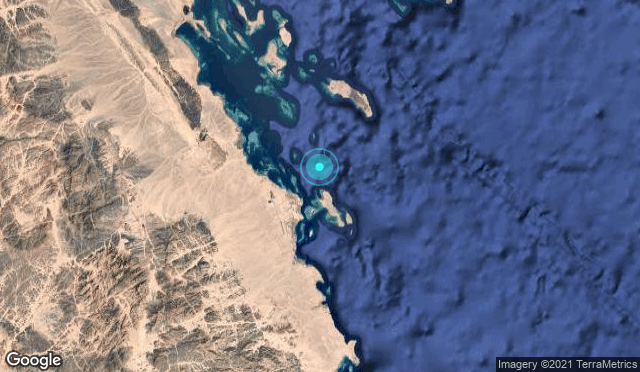 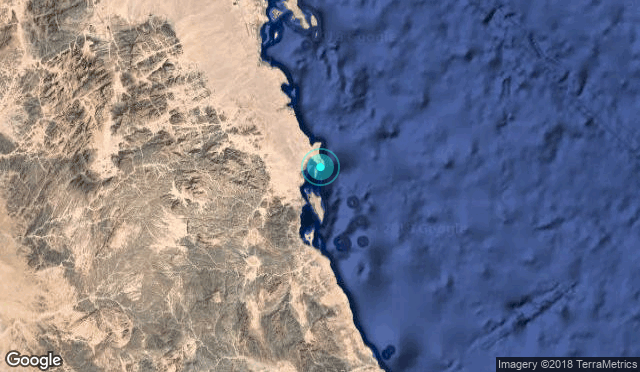 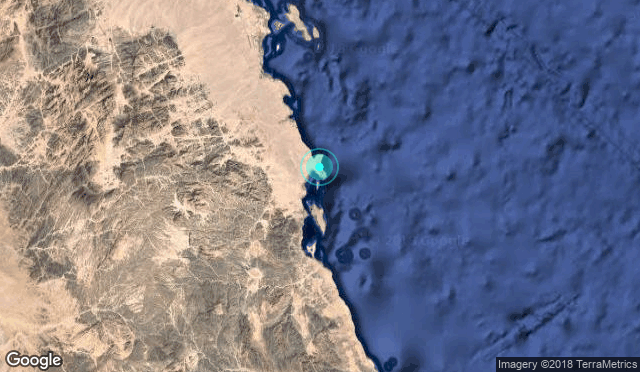 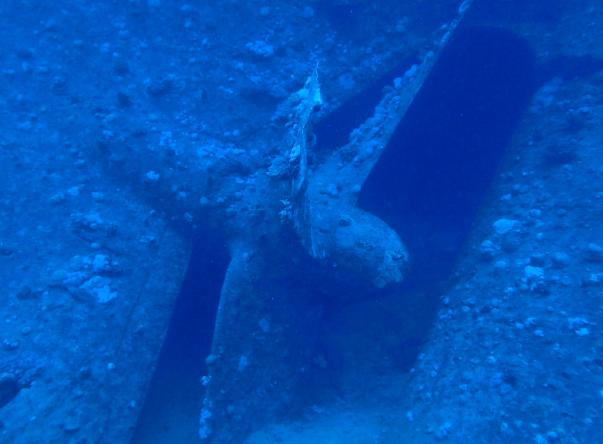 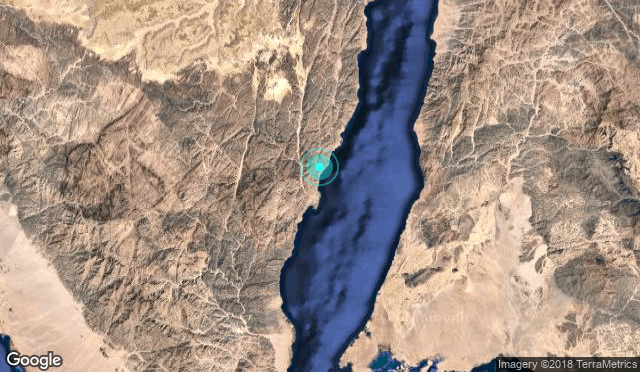 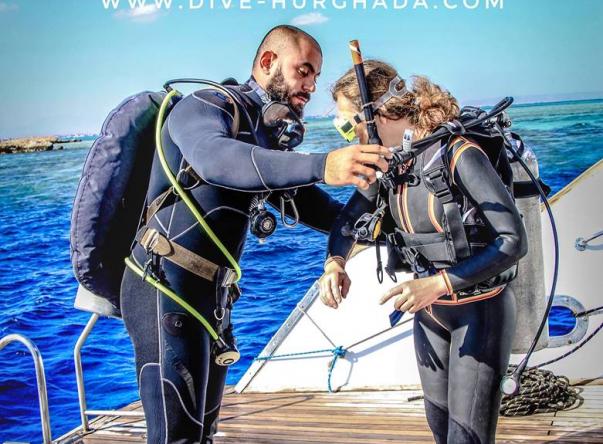 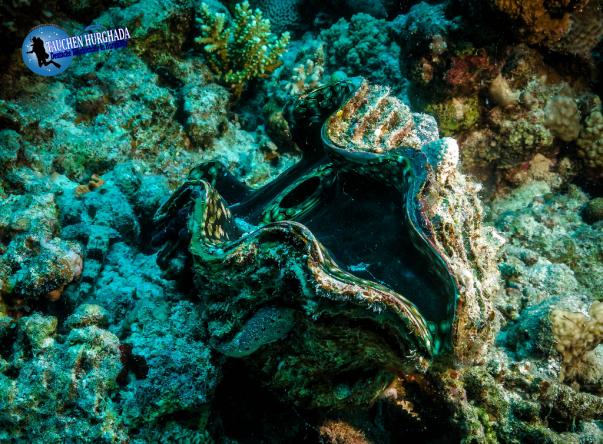 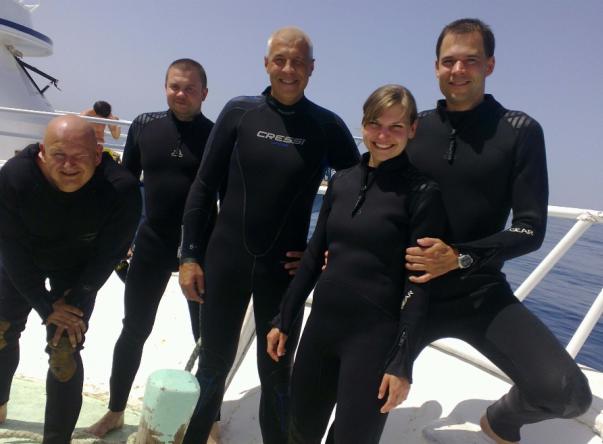 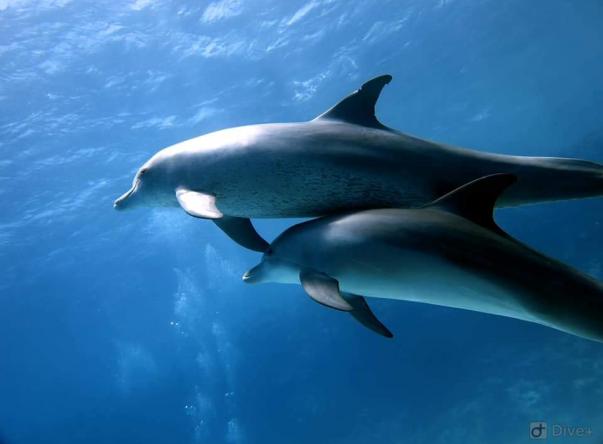 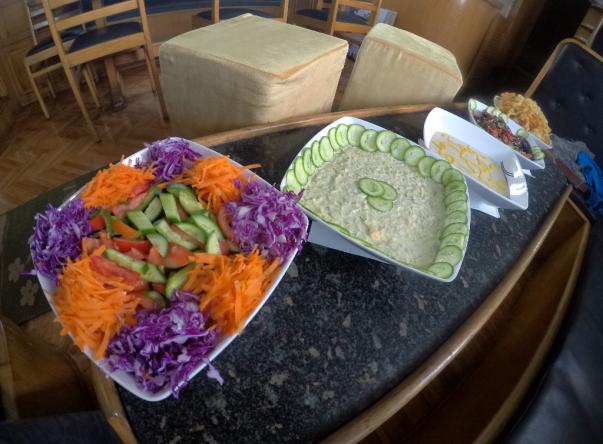 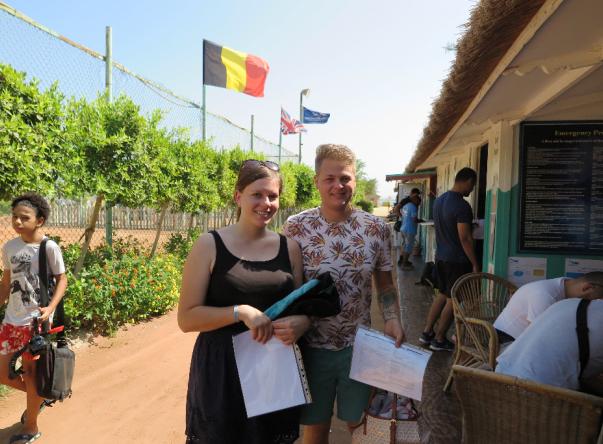 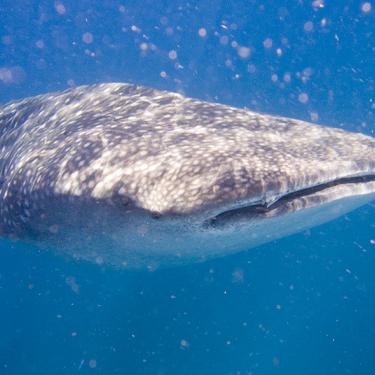 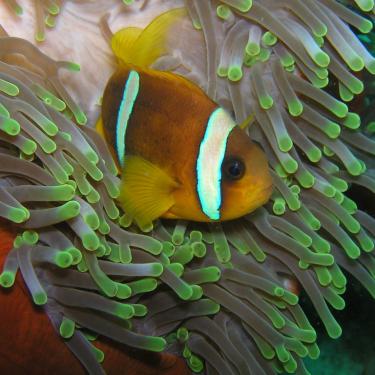