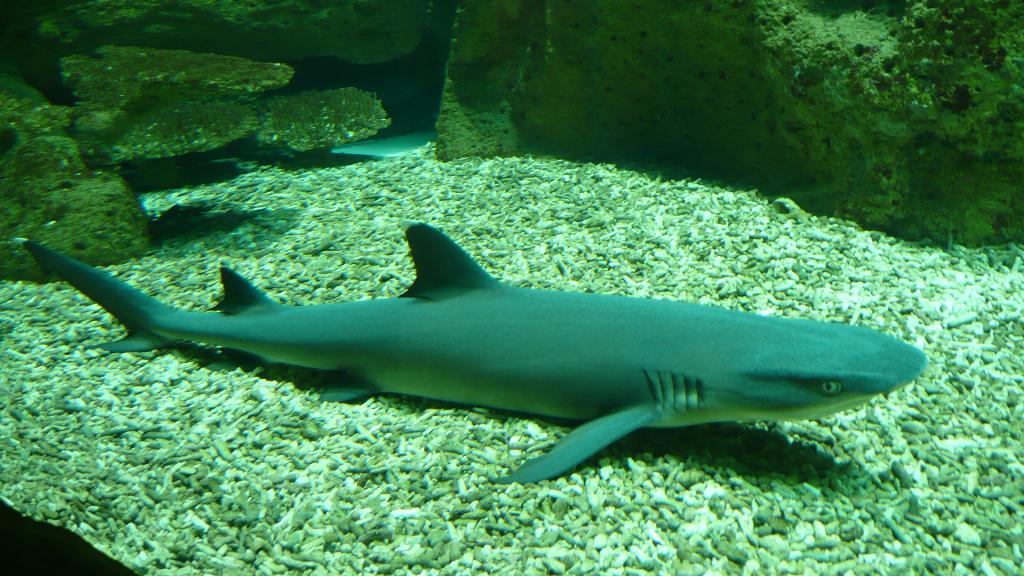 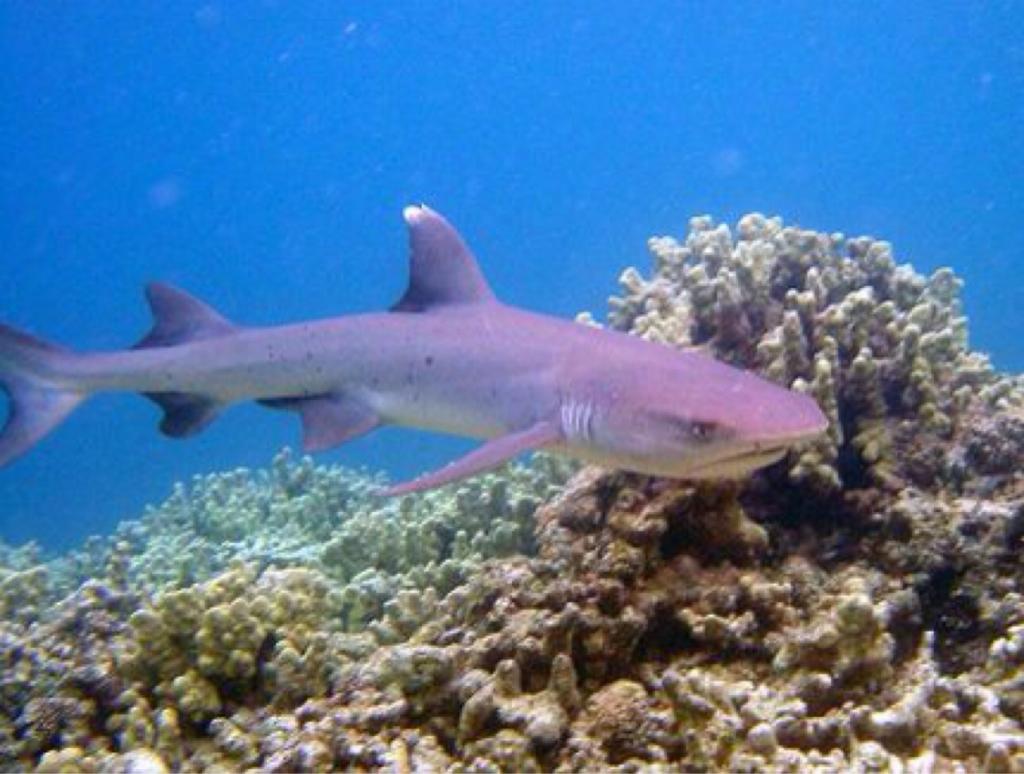 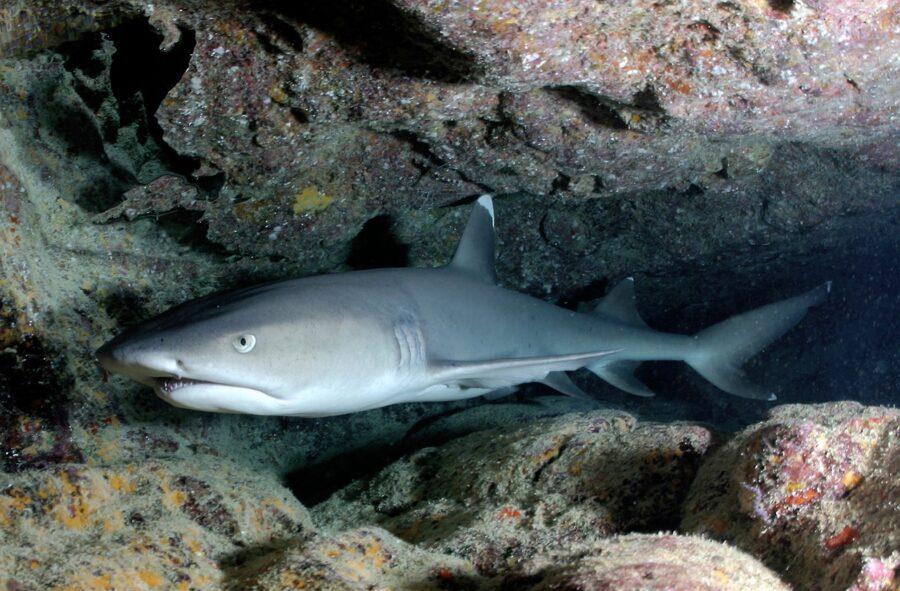 The Whitetip Reef Shark is a small species of shark that can be found near Indo-Pacific coral reefs. It is a nocturnal shark which is often seen resting on the bottom of the water during the day, sometimes in large groups and is not a territorial species.
The Whitetip Reef Shark isn't an aggressive species and will usually swim away when disturbed, but it will bite if it feels threatened. They are curious species and will often approach swimmers closely to investigate.
Although the Whitetip Reef shark's meat is toxic for humans, their population has decreased over the years due to their slow reproduction rate and limited habitat and are currently classified as "near threatened" by IUCN.