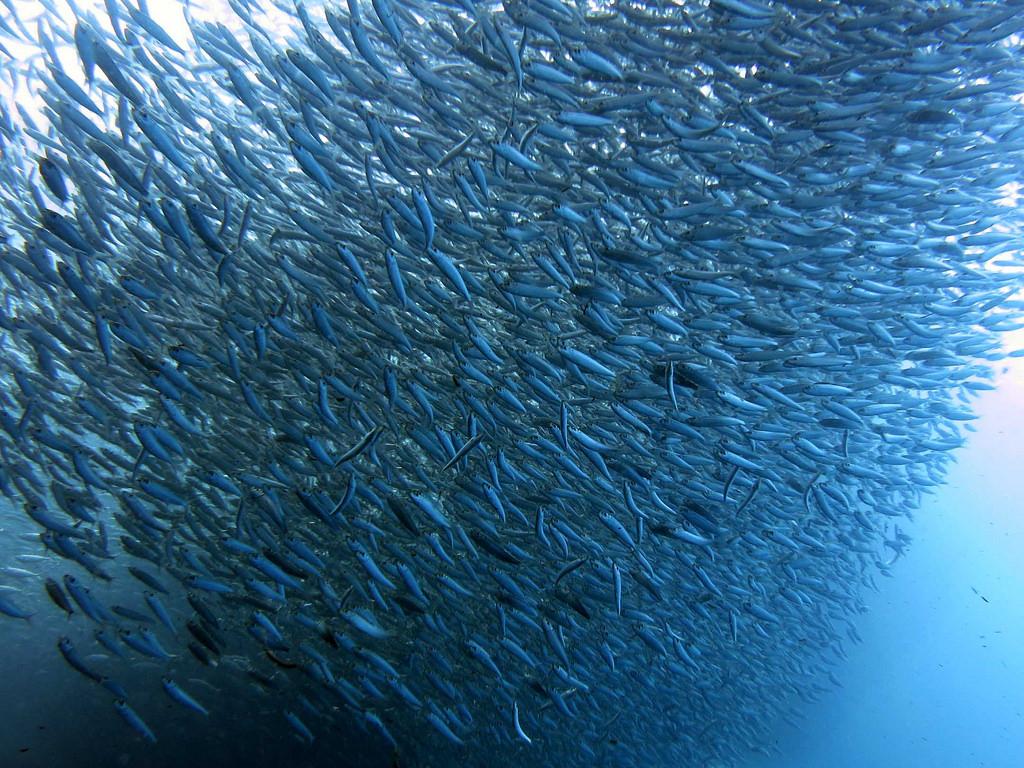 Sardine is the name that was given to several species of fish, especially oily fish. The fish are named after the Sardinia Island because that was the place where they could have been easily fished.
Between 1920 and 1940, sardines were the most important fish in California, but due to the high demand, they were fished to the point of extinction.
Every year in Southern Africa, the sardines migrate in large groups from the cool waters of the Agulhas Bank to north, along the east coast of South Africa. This phenomenon is called "The sardine run" and it can occur every year if the water temperature drops below 21 °C.