Octopus can be found in all of the oceans of the Planet but most species are found in warm waters.
The name Octopus is derived from Ancient Greek and it translates to "eight-foot".
The octopus is one of the most intellingent marine creature. Two-thirds of their neurons are located in their arms and not in their brain and they have been observed using tools and they can also open shells and even childproof pill bottles.
The octopus is a master of camouflage, it can change the color, reflectivity and opacity of its entire body in order to blend in with its surroundings.
When threatened, most octopuses release a thick cloud of black ink which not only serves as a visual protection from predators but also it interferes with the predator's sense of smell. 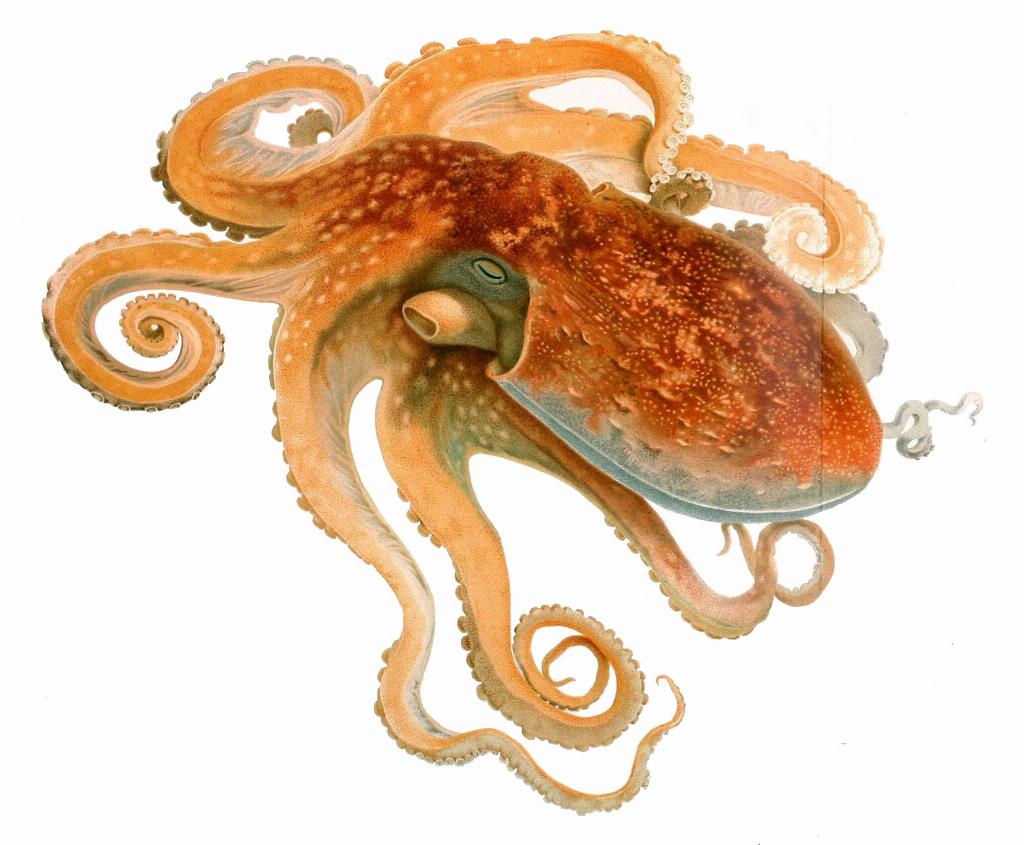