The Napoleonfish is a large fish that lives on the coral reefs in the Indo-Pacific waters. Their large and thick lips, the hump over the head that is similar to a Napoleon hat, the black lines behind its eyes along with their distinctive colors are giving this fish an interesting and unique aspect.
Although the Humphead wrasse is considered a luxury food, the fish was rated "endangered" by the IUCN after the population of this fish has dramatically decreased. 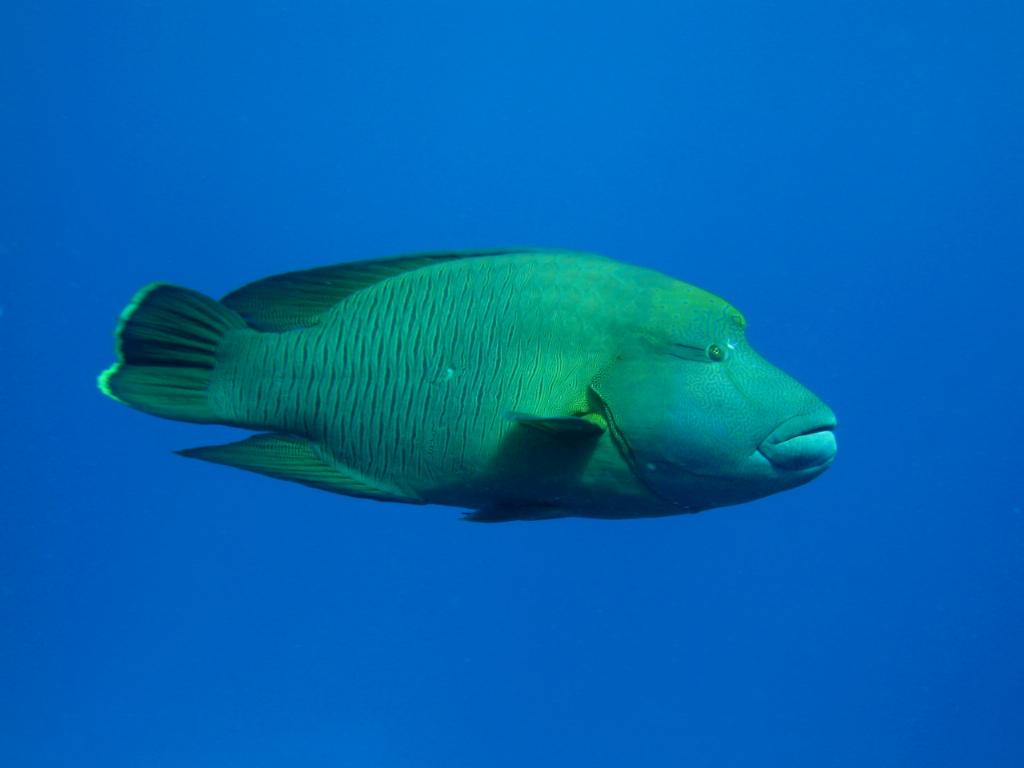