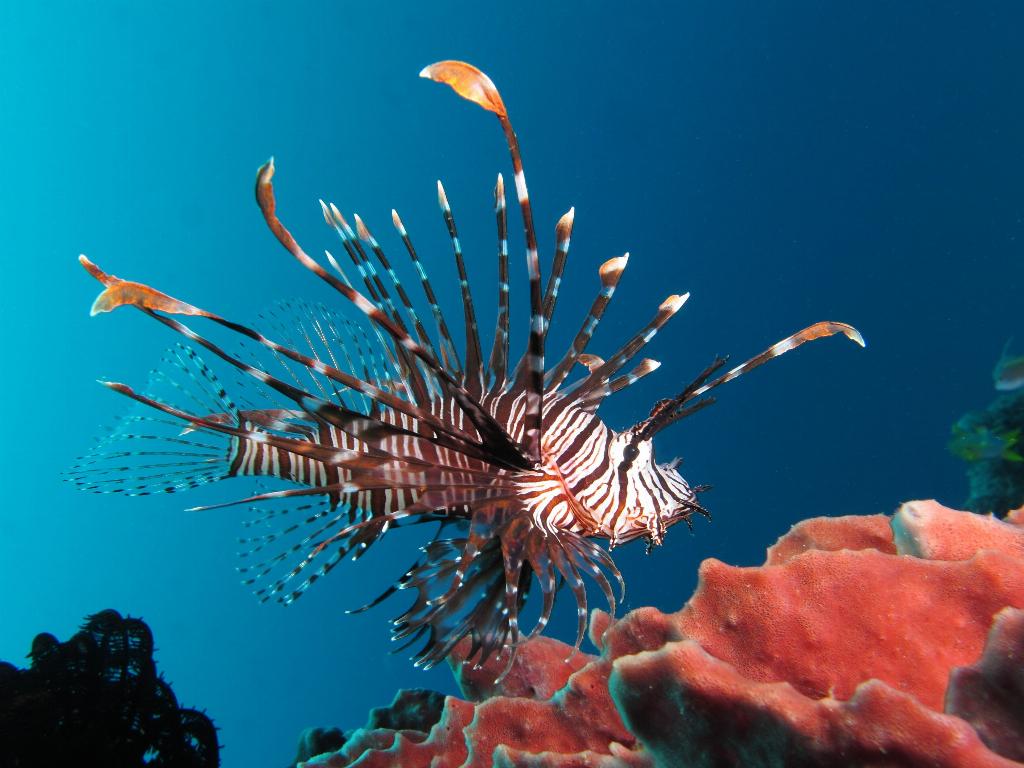 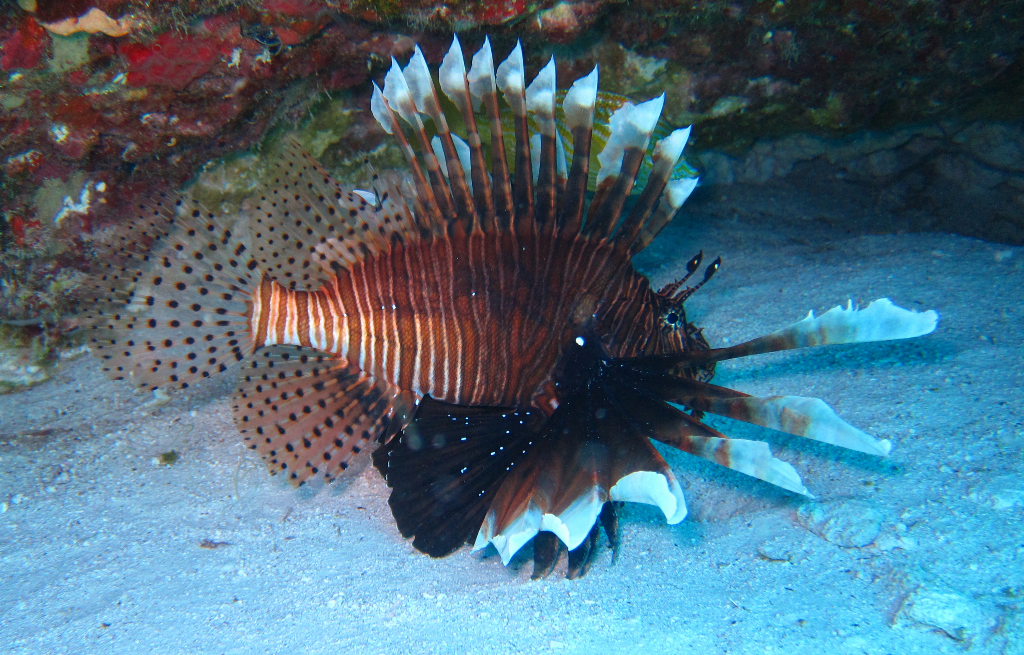 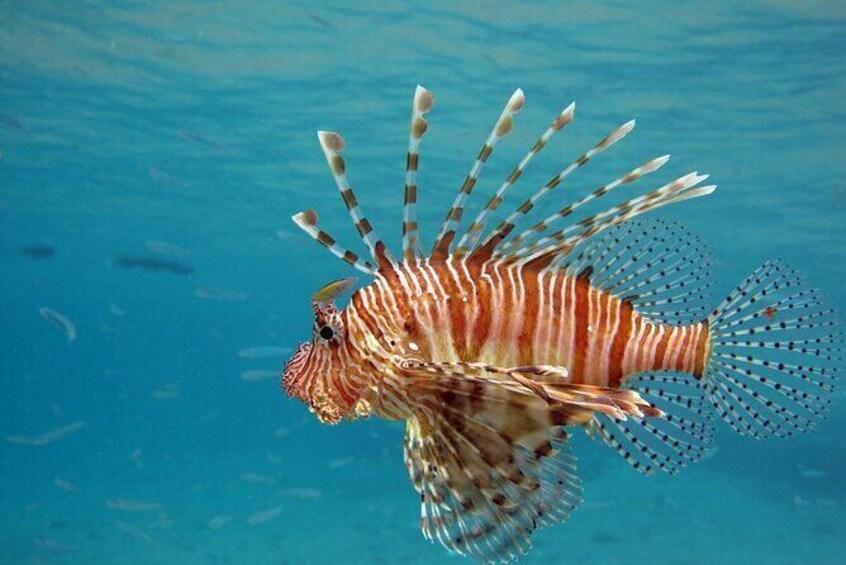 Lionfish can be found both in the Western Atlantic Ocean where is considered an invasive species and in the Indo-Pacific region and the Red Sea, its native place.
The Lionfish has a beautiful aspect covered with red, white, orange or black stripes and decorated with unique tentacles and venomous spines used only for self-defense.
Even though they are venomous, they are still being consumed as a delicacy in some countries.
When they can't find food, the Lionfish will not thing twice before resorting to cannibalism, by attacking and eating its own members of species.