The USS Spiegel Grove was a Thomaston-class dock landing ship that served the US Navy. It was decommissioned in 1989 and in 2002, the ship sank prematurely off Key Largo during a planned sinking. She sank several hours ahead of schedule and ended upside-down on the seafloor, with her bow protruding slightly out of the ocean. She was rolled onto her starboard side in the same year.

In June 2002, the USS Spiegel Grove was opened to divers and soon became hugely popular. During the first two years, about 100,000 dives were done on the ship. In 2005, Hurricane Dennis shifted the wreck onto her keel, right-side-up.

The wreck is considered an advanced dive, with a depth of 13-44 meters/45-144 feet. Penetration is possible, but only for experienced, certified wreck divers.

Due to the massive size of the wreck, which has a total length of about 155 meters/510 feet, up to four dives are necessary to see the entire ship. Divers are recommended to use Nitrox for this dive. 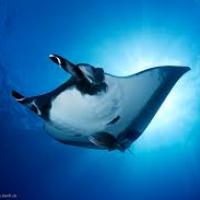 We are your one stop shop for any of your favorite watersports. We offer a variety of different activities including SCUBA lessons, dive trips, snorkel trips, wave runners, stand up paddle boards, kayaks, eco tours, sunset cruises, private charters and parasailing!

Island Ventures specializes in small group sizes and a stress free attitude towards diving. Located in a small private hideaway in Key Largo, we have hot showers, lovely seating areas, and never any crowds. To give you the best information possible we are permanently updating our website, so if you cant find the information you need please feel free to call us anytime with any questions. Thanks for your patience! Our 2 Island Hoppers will take 2-10 people to the reefs and wrecks of your choice in the Upper Keys. Fresh water, fresh fruit, and friendly faces on each trip. We just like taking people diving! Full charters welcome.

Quiescence Diving Services began in 1977 with a vision – escape the crowds and provide a hassle-free dive experience. Forty years later, we continue to operate with a maximum of six people on each of our boats. Our captains cater our Scuba Diving and Snorkeling trips to the needs of the customer, focusing trip locations on the desire of the customer instead of a pre-set schedule. With forty years of Scuba Diving experience, we have found our own signature sites off the beaten trail, which offer new and exciting experiences to new and seasoned divers alike. Captains will assist each diver into their equipment at your point of entry, and personally help you into the water. Your equipment is switched to a fresh cylinder between dives, so that you can enjoy the next amazing dive worry free. Snorkeling is also quite the experience! This will not be your one-and-done trip. We have a variety of snorkel sites, for new and experienced snorkelers. We cater the trip to your abilities and love to show you what Key Largo has to offer. Our shop has grown to be Key Largo’s go-to full service scuba facility. We can assist with all of your equipment needs in our on-site scuba repair facility, with access to fourteen different scuba brands. For your convenience, we also offer air and nitrox fills, as will as our on-site cylinder inspection and hydrostatic testing facility.

Amy Slate has been in the dive business in the Florida Keys since 1978, and more than a decade of research went into the design of her perfect dive resort. Amy and Justin opened that resort in 1993 and have since continued to refine it into the magnificent vacation destination it has become. Amoray Dive resort is the culmination of her experience and demand for perfection. The location, directly on the Florida Bay, provides not only incredibly beautiful ambiance, but quick access to the famous Key Largo dive sites such as the statue of Christ of the Deep, the wrecks of the Spiegel Grove, the Duane, and the Benwood, Molasses Reef, French Reef, Elbow Reef and many more! Our 45 foot catamaran, the Amoray Diver, and 26 foot, Just-in-Time, docks only steps away from the rooms. Additionally, our dockside guest storage facility makes diving simple and hassle-free. Tanks are loaded onto the boat for you, and a service oriented staff member makes sure your dive or snorkel holiday is safe and fun. For those who wish to learn more about scuba, a wide range of courses are available from Discover Scuba courses through Dive Master and a number of specialty certifications. Open water referrals are our specialty. Divers from all over the world and of all different organizations, PADI, NAUI, BSAC and YMCA divers come here to complete their certifications in the warm, crystalline waters of the fabulous Florida Keys.

OUR GOAL IS SIMPLE: IF YOU'RE NOT HAPPY, WE'RE NOT HAPPY! WE UNDERSTAND YOUR LEISURE & VACATION TIME IS HARD EARNED AND THERE ARE MANY OPPORTUNITIES AND ACTIVITIES COMPETING FOR THAT TIME. Whether it's your first time in the water, jumping in for a leisurely dive or planning something deep, our on-site instructors, crew and captains are always willing to roll up their sleeves and help make your trip memorable. The current ownership and management came to the Keys for diving vacations and chose Silent World for its reputation of providing great service. We got so involved in the organization that when the opportunity arose we purchased the company and continued to drive that friendly, family atmosphere but now in a newer, larger location with a new boat and some of the best staff in the industry. Our new boat keeps with the philosophy of less crowded, small, stable vessels so that now we have twice the ability to meet your needs.

Divers from around the world visit John Pennekamp Coral Reef State Park to explore the living coral reefs of the Florida Keys and experience diving amidst the area's natural wildlife habitat. Our PADI 5-Star Gold Palm facility offers two-location, two-tank dives twice daily, at 9:00am and 1:30pm. Equipment rental is available. Contact our dive shop about reservations and special rates for groups and pre-paid tours.

We believe in a personalized small group guided experience, and strive to make all our guests feel like part of the Sail Fish Scuba family. We are the only Key Largo dive shop to send you home with FREE photos of your trip. Join us for a half or full day of scuba diving accompanied by one of our professional PADI guides.

There’s a completely new world waiting under the turquoise blue, and Horizon Divers wants to explore it with you on our Key Largo Florida Scuba Diving Training & Tours! We bring underwater adventure to every person and every skill level. Whether you have dived before and wish to expand your underwater horizons, or you are a first-timer ready to jump into the water, our scuba diving training and tours bring underwater adventure to every person and skill level. Horizon Divers is a close-knit, customer-oriented, and highly-trained group of instructors who have been with the company since its beginnings in 2000. We are enthusiastic about introducing new, passionate divers to this amazing oceanic world. Key Largo FL is a fantastic location to start or continue developing your diving abilities, and Florida Bay offers over 100 regular dive locations filled with gorgeous, colorful fish, coral castles, and sunken ships ready for exploration.