El Condesito was a 30-meter (98-foot) long cargo ship that sank off the southernmost tip of Tenerife in the Canary Islands. Now split into several parts, the shipwreck is one of the most popular dive sites in Tenerife. It rests at the bottom of a canyon at a maximum depth of about 21 meters (69 feet), but several parts are found at shallower depths of even 6 meters (20 feet).

The visibility at El Condesito dive spot is great, often exceeding 35 meters (115 feet). However, the site is exposed to currents which raised its difficulty level to medium. Nonetheless, since some parts lie in shallow water, diving is suitable for novices as well. The shipwreck, although still penetrable, is unstable.

There are also a few rock formations near the wreck that are also worth exploring. A drop-off of 36 meters (118 feet) where black coral can be seen is also located nearby. It is often dived by experienced divers.

Diving is possible year-round, but for the best diving conditions at El Condesito, come between April and October. 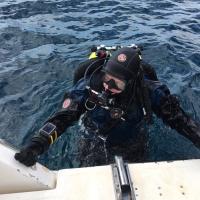 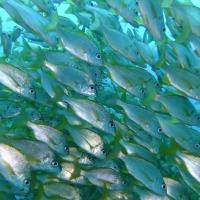 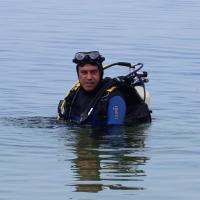 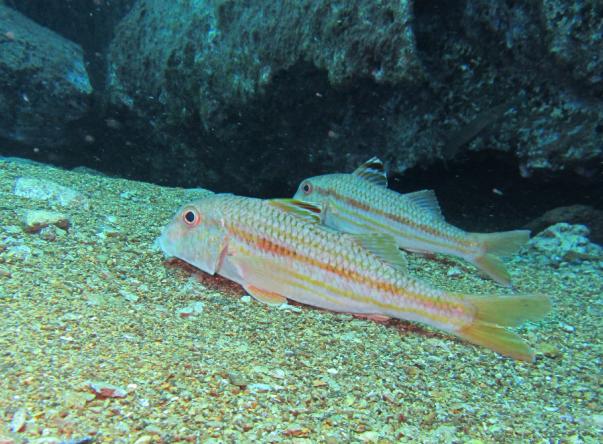 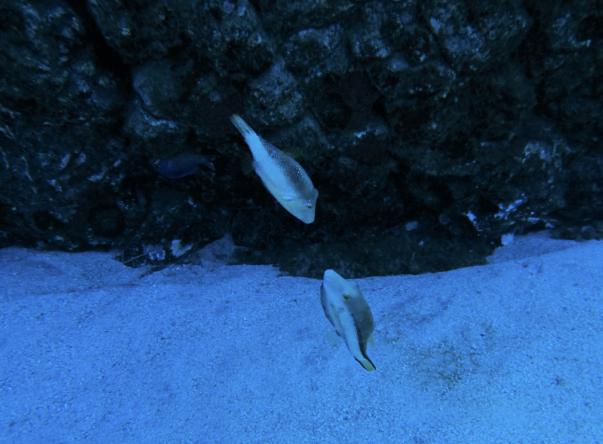 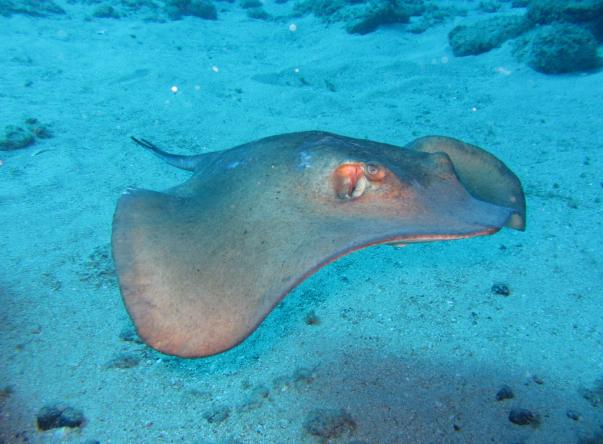 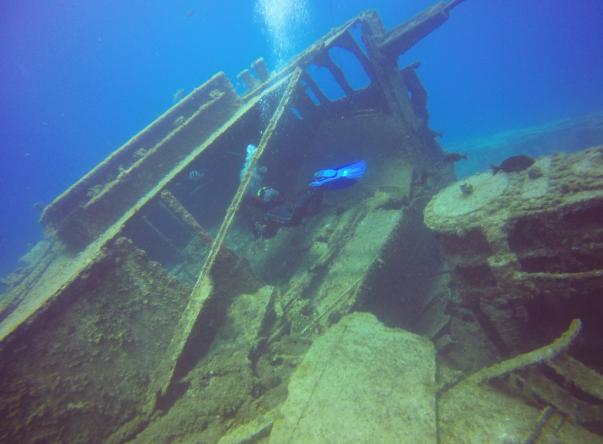 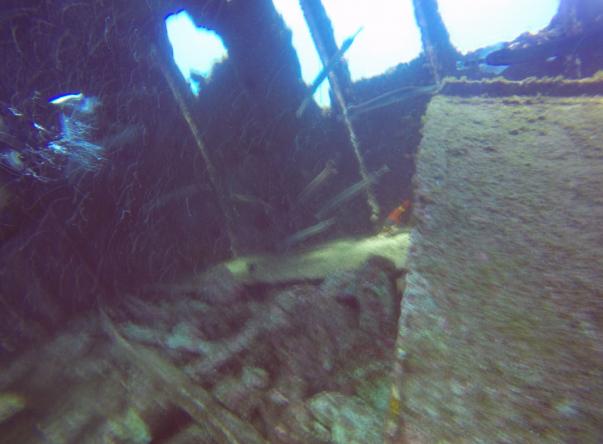 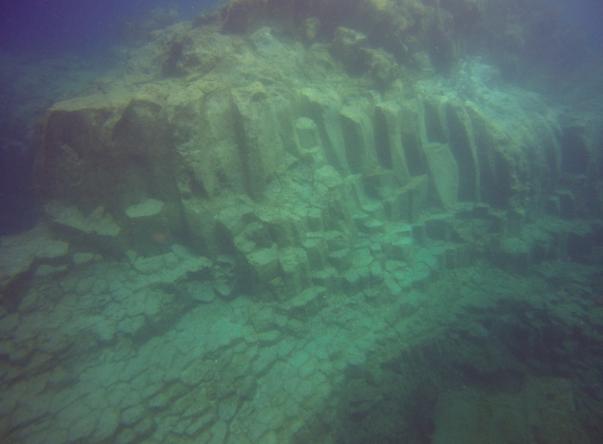 Situated in the more temperate South Tenerife they are an accredited PADI 5 Star Dive Center. Aquarius diving has been providing high quality diving and equipment services since 2005. The dynamic and motivated team have a range of international experience. They are here to ensure you get the most out of your dives, plus provide professional training to new divers and progression for those already qualified. Daily scuba diving, if you are looking for an exciting, diverse and enjoyable diving holiday why not visit Aquarius? Come diving in the crystal clear, warm waters of South Tenerife. Here you will find daily diving to a wide range of beautiful dive sites including caverns, volcanic shaped reefs, walls, drop-offs and wrecks. The volcanic structure of the islands provides clear underwater visibility and unique scenery. There is an abundance of marine life, shoal of Roncadores, Trumpet fish, Rays, Angel Sharks, Turtles, Cuttlefish, Baracudas, to name a few. As a PADI 5 Star dive center they offer a full range of recreational PADI courses for those already qualified, from Advanced Open Water upwards. If you wish to branch out in to more Technical Diving their technical courses are taught to the high standard of IANTD (International Association of Nitrox and Technical Divers). For those who want to improve their diving skills to a higher level, check out our specially designed “XTend on Tech” Intern programs. If you have the ambition to Go Pro, view their intensive Divemaster Internship program or contact them for more information. As a PADI trained professional you will find many doors open to you worldwide. Aquarius is a Scubapro S.E.A. dive centre. They are proud to say "we were the first Dive Centre in the Canary Islands to be awarded this status by Scubapro". Shop, School and rental, as an authorized Scubapro dealer you will find all the dive equipment you require either in there shop or via the online web store. Aquarius pride themselves in keeping there Scubapro school and rental equipment in excellent condition. They have high quality equipment for Recreational, Technical and Sidemount diving. They always work in small groups to ensure that they can give you the attention you deserve and facilitate stress free diving.

CORAL SUB occupies a spectacular 200 sq. meter, beach front location, beside a 3,500 sq. meter, sea water swimming pool, facing the Atlantic Ocean; the perfect setting for both divers and their families. They offer diver training at all levels, and for the certified diver their 2 Zodiacs depart from the beach outside the dive centre, several times per day, 6 days per week (closed Sundays except by arrangement). They are located in Ten Bel Holiday Park, just 5 minutes walk from both the pleasant resort of “Costa del Silencio” and the traditional fishing village of Las Galletas. These centres offer plenty of both local and international bars, restaurants and shops. Accomodation is available on site and they have “Divers Apartments” for rent close by. Reina Sophia airport is only 10 minutes drive, as is the more busy resorts of Playa de las Americas and Los Cristianos.

Atlantic Divers Tenerife, one of the largest Dive Centres in Tenerife, owned by Geoff from England, a PADI and BSAC OWSI and an ex S.A.D.S. 798. Geoff is in charge of the diving, with a great team backing him. They welcome everybody to scuba dive in Tenerife, from the non-divers, the novice diver and the qualified licensed divers from any organization, to dive in Tenerife. Diving in Tenerife, at the dive centre, is an experience not to be missed. Tenerife diving has the best diving in the Canary Islands. The center can offer both P.A.D.I. and B.S.A.C. Diving courses, from novice to Instructor. They work together so that they can appeal to everyone. Together, with the staff, they are the most experienced team of Tenerife Diving Instructors available. They know the waters and they know where to dive and when to dive Tenerife. All registrations, qualifications, insurance updates and air testing certificates are on display in the center and forwarded to anybody who requests this information.

They learned the importance to exceed the expectations of guests, to give them unforgettable experiences that will last a life time, making them part of the GooDiving Family. It is the ONLY legal Diving Center authorized by the Canarian government of the area, one of the few of the island. Kids can join from 8 Years old, making their first bubbles underwater with the qualified Instructors during the Scuba Ranger. If you just want have fun and try how is it to dive in the beautiful Ocean, discovering stunning creatures... Join them exploring everyday different boat and shore dive sites. They also like to welcome non-divers on their boat and shore excursions for SNORKELING and to share with them the chance to spot Dolphins and Whales. They enrich the excursion with Pearls of Marine Biology that increase guests awareness about the incredible Ocean life that we will observe together.

TenDive is a diving center located in SouthernTenerife, Canary Islands. They have the pleasure to be good geographically located and having a perfect weather, more than 330 days of sun per year. The water temperature is between 20 and 25 degrees, with 20 meters visibility around. At TenDive you will be able to take all the PADI courses , from your Beginners to the Assistant Instructor course and more than 12 Differents Specialties. TenDive looks forward to seeing you soon!

They have been diving Tenerife since 1999, making Aqua-Marina one of the longest established dive centers on the island. They are popular with groups, individuals and families seeking a friendly and informal, yet professional environment. Small group sizes on guided dives and courses creates an intimate and social atmosphere between guests and the dive team. The team speak a variety of languages. Guests from many different countries find their needs catered for both above and below the waves. These are just some of the reasons why so many guests keep diving Tenerife with Aqua-Marina year after year.

Travel Sub Diving Centre has been operating in Tenerife since 1999 .The Center has perfect logistics to satisfy beginners, expert divers, and snorkelers. All try divers, diver students and snorkelers are insured and a maximum standard of safety is applied for all activities. They are very well located in the port of Puerto Colon, 100 m. from the ocean. center that is very convenient for clients. You do not need to carry heavy equipment, they always prepare everything on the boat for you. Inside the school all is well organised, they have a relaxed social atmosphere, perfect study space, chill out zone where you can discuss dives and the latest gossip!

Diving is not just about diving, it’s about enjoying new experiences and exploring the amazing blue planet. Diving’s like being weightless and flying like they dreamed of as kids. The center offers the highest quality and service. The safety, comfort and satisfaction of customers is paramount. They work according to the PADI diving system as this is the most comprehensive teaching systems in the world with years of research and development behind it. The PADI system is well structured with a vast array of exceptional training aids. With personalized professional training they aim to make you feel relaxed and fully prepared before you progress to the next step. They are not in the business of rushing customers towards their certification. They keep their professional to student ratios low and teach you as individuals, not numbers.

Ecological Divers has made it a priority to teach safe and ecological scuba diving on their courses. The center offers TDI/SDI, SSI, CMAS and PADI diving courses - from Try Dive to Instructor. These courses are internationally recognized and allow you to dive worldwide. Safety is the most important aspect for them and the team consists only of experienced instructors and assistants. All of the equipment is always well-maintained, new, and in perfect condition.
✕

Add a dive at El Condesito