Guam is a slice of tropical heaven in the western Pacific Ocean and one of the United States’ unincorporated territories. This multicultural island boasts a combination of American, Spanish, Mexican, Filipino, and other Micronesian Islander traditions. The nation’s economy depends primarily on tourism, and there’s so much to do here. The powdery beaches, buzzing nightlife, hiking trails, and watersports opportunities attract hundreds of thousands of tourists every month. Scuba divers included!

Guam is not on many divers’ bucket lists, but this overlooked travel destination is a great diving spot, and we’ll tell you why. Guam’s waters have a rich reef ecosystem consisting of over 1,000 species of fish, almost 500 species of coral, about 28 species of sponges, more than 300 marine macroalgae species, and a multitude of marine invertebrates. This makes it the richest coral reef marine environment of any United States territory or state.

The topography is just as impressive underwater as it is above it. Dramatic drop-offs, sloping reefs, coral gardens, limestone caves, and swim-throughs have made Guam a real playground for divers. It even has a 90-meter/300-foot long Blue Hole. Plus, divers can explore the Mariana Trench, the deepest water in the world.

Divers can also explore historic wrecks from World War I and World War II, and even older ships from the early trading days, such as the Spanish Manila Galleons that linked the Philippines with Mexico across the Pacific Ocean. 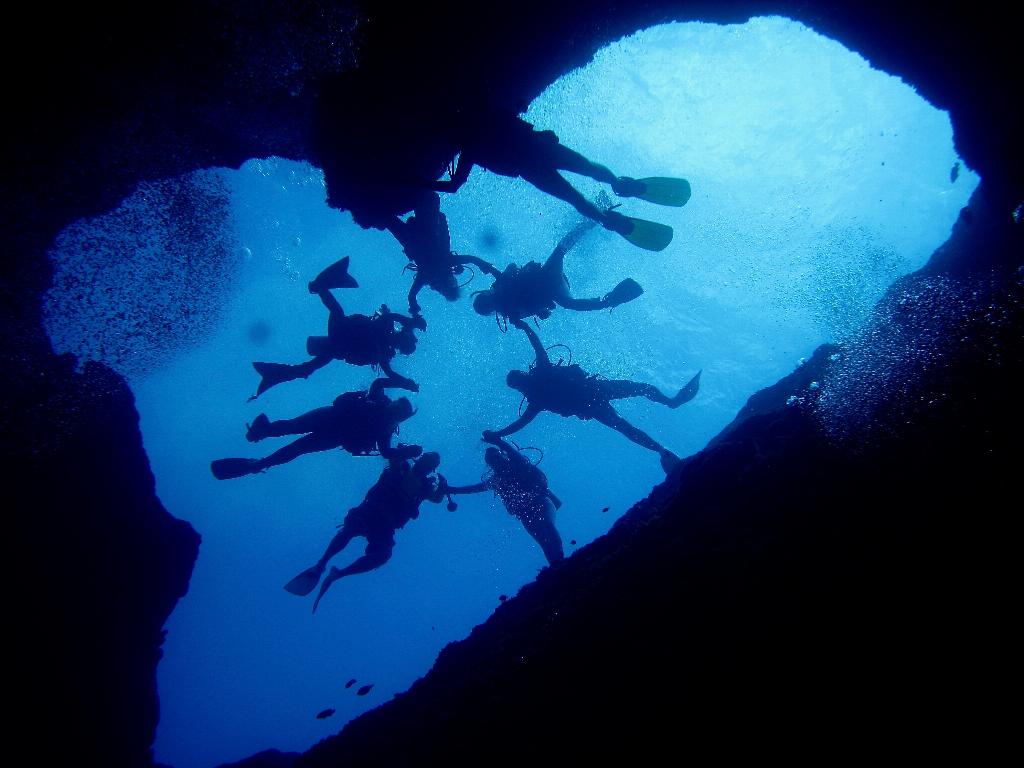 The heart-shaped entrance to the Blue Hole.

Guam enjoys a tropical climate that allows for year-round diving. Nonetheless, keep in mind that September through December can get rainy and December through April is the windy season.

On some of the dives, currents may be strong, but the local dive operators will know the best spots for every type of diver.

The Blue Hole is one of Guam’s signature dives. This huge crater in the reef enjoys warm water, calm sea, and a variety of underwater attractions. Blacktip reef sharks, sea turtles, large snappers, octopus, marble rays, and many different creatures can be spotted here. One of the best parts of the Blue Hole is the window at about 38 meters/125 feet that opens up into the open ocean. Diving through the window is referred to as “shooting the Hole”. This is a fun dive that’s definitely a must if you want to try something different from the usual reef dive sites. 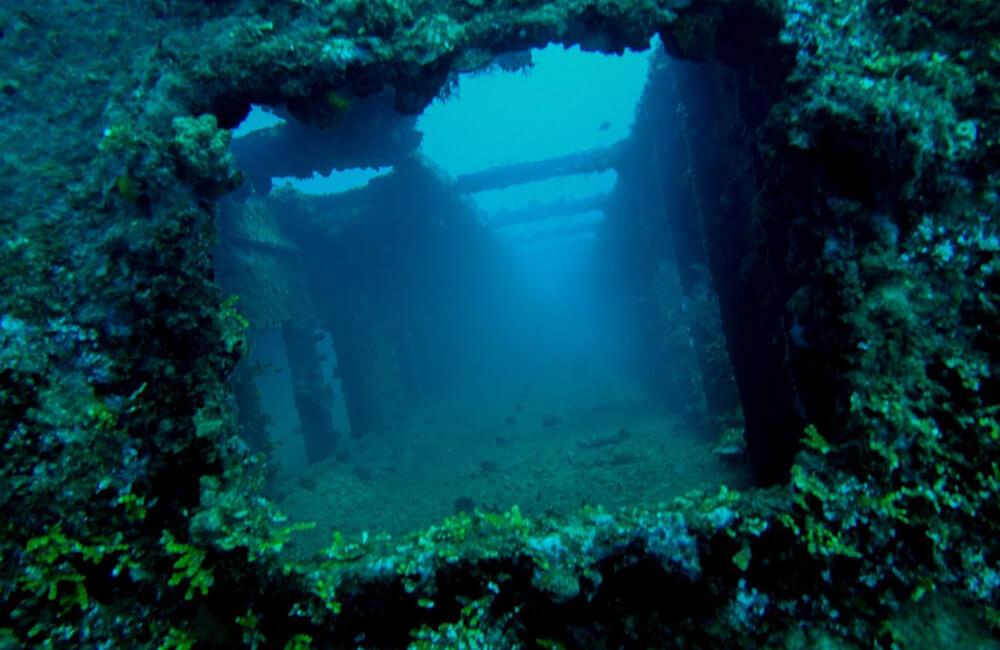 Looking into the Tokai Maru wreck. Picture by Foxegurl266

Considered by many the best wreck dive sites in Guam, Tokai Maru is an old Japanese passenger-cargo ship that sunk in Apra Harbor in 1943 during WWII. The ship is listed on the U.S. National Register of Historic Places and sits right next to another famous wreck – the SMS Cormoran II, which sunk during WWI. Tokai Maru’s engine room is intact, and divers can explore its catwalks and cargo holds. The SMS Cormoran is also suitable for penetration, and divers can swim nearly the entire length of the ship. However, bear in mind that these dive sites are available for only advanced divers on Nitrox.

Another historical wreck from WWII, Kizugawa Maru is a Japanese cargo ship that was torpedoed by a U.S. submarine in 1944. The shipwreck sits upright in the sand and has an intact anti-aircraft deck gun on its bow. There are various cargo holds and swim-through worth exploring inside Kizugawa Maru. But because of its depth, the wreck is accessible only to technical divers.

Located at Orote Point Cliffline, this spectacular dive site is an enormous cut in the reef featuring a large boulder in its center. It is a rewarding spot where divers can see moray eels, sea turtles, blacktip reef sharks, barracudas, and numerous types of reef fish. The huge coral formations and sea fans are also a treat. Beware of the currents.

The American Tanker is a large concrete barge from WWII when the U.S. transported fuel to Guam via large concrete barges. The barge was sunk after it was no longer needed, and remains of other such barges can also be seen along the breakwater. Hanging off the western side of the pilothouse is an American flag - a very popular spot for taking selfies. As opposed to many other wreck dive sites in Guam, the American Tanker can be explored by both beginners and advanced divers. The wreck lies in shallow water and the visibility is outstanding. 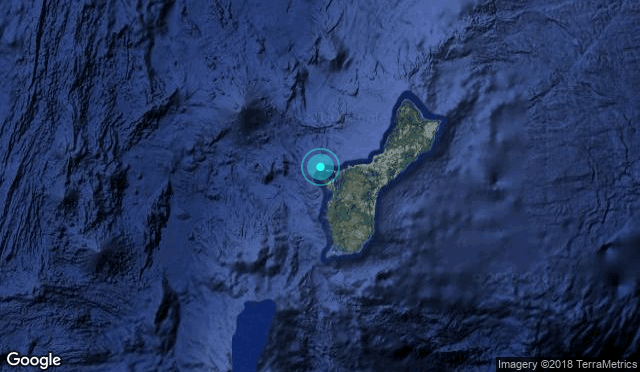 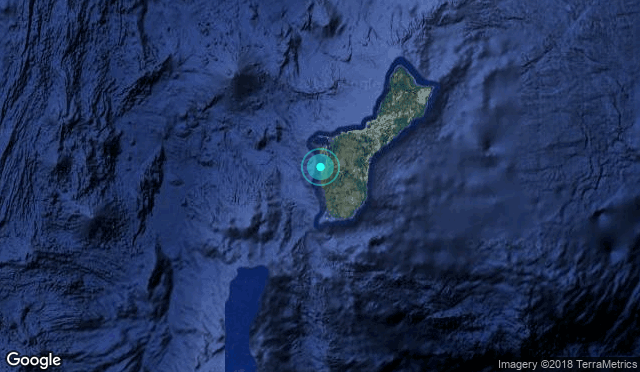 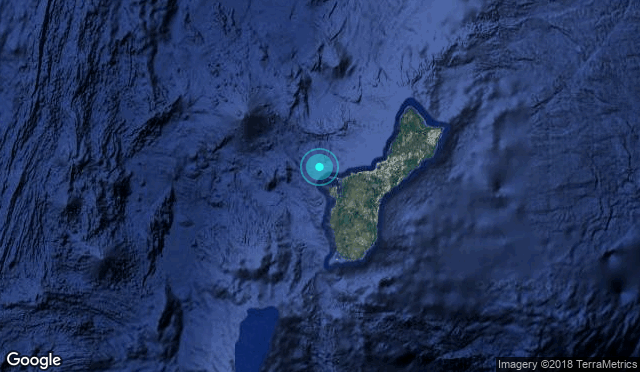 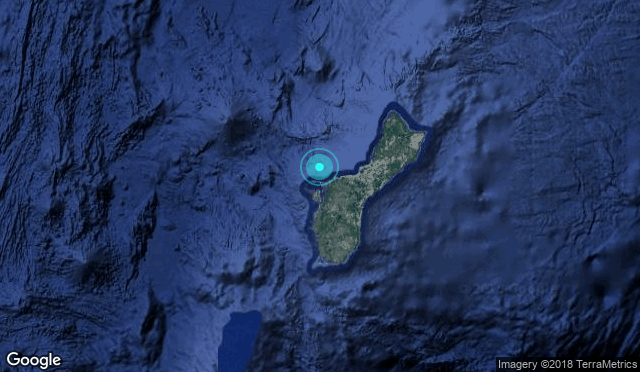 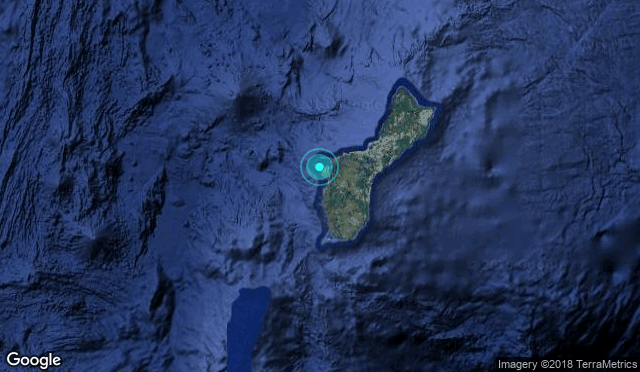 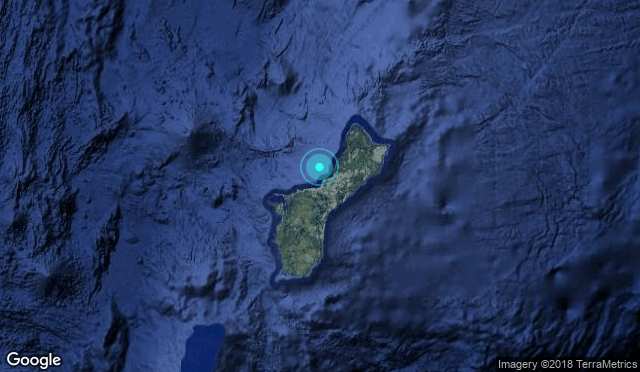 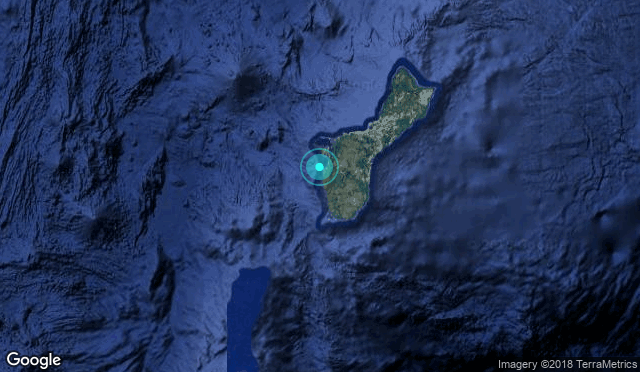 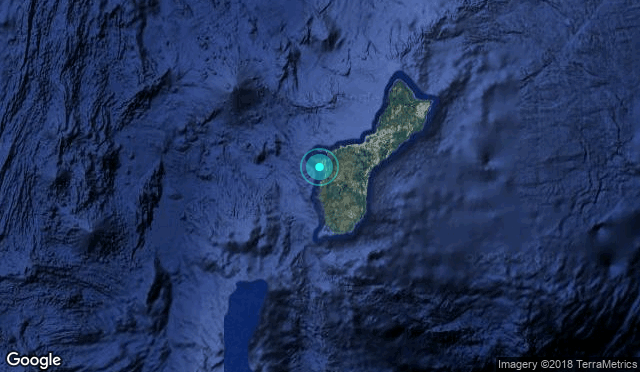 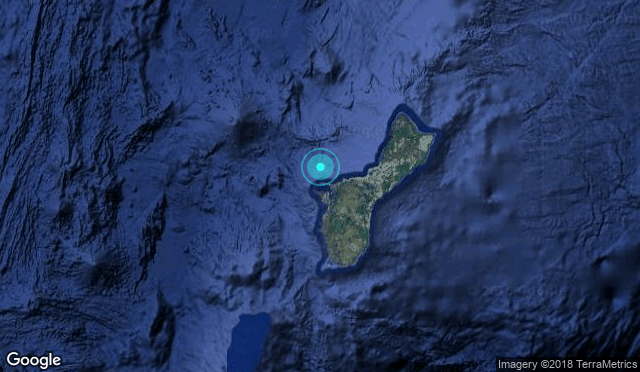 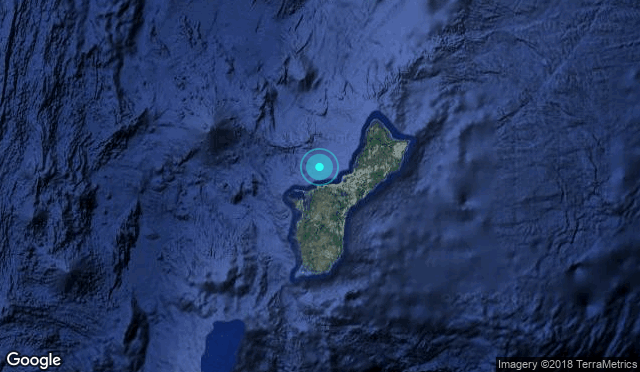