The Galápagos Islands is an Ecuadorian archipelago comprised of 19 islands and dozens of islets and rocks which UNESCO calls a living museum and showcase of evolution. Located at the confluence of three ocean currents, the region is one of the richest marine ecosystems in the world. This iconic tourist destination has some of Earth’s most unique and endemic animal species and spectacular beaches. It’s also a top scuba diving destination.

The array of marine life and excellent visibility have earned Galapagos islands the reputation of a premier scuba diving destination. There are dozens of dive sites around many of the islands, but the best ones are located off the more remote islands reachable only by liveaboards. Also worth noting is that most Galapagos diving is suitable for advanced divers. Not only is the water cold but there can be strong currents and other conditions that require more skills than those gained with the basic open-water certification. 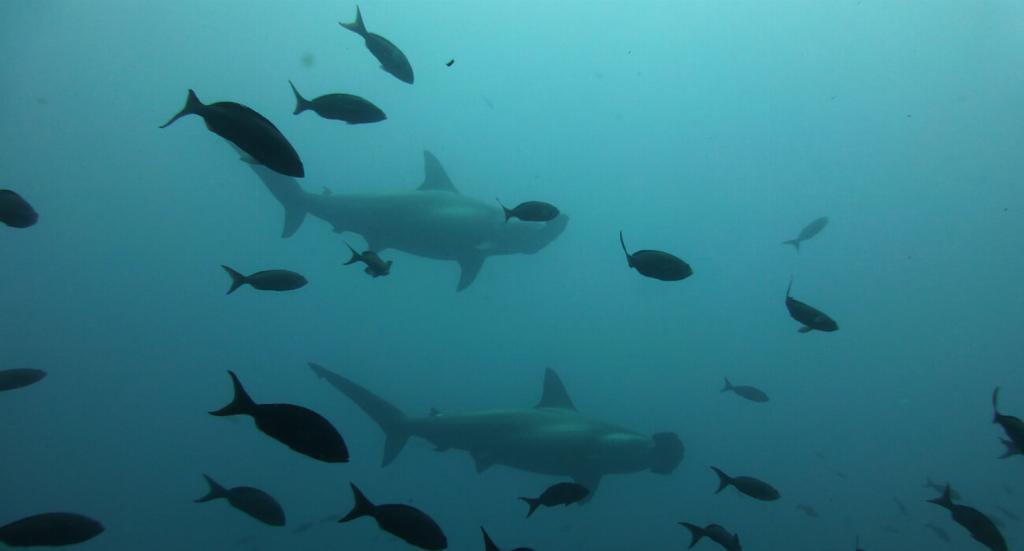 Diving in Galapagos is possible year-round, but when you visit depends on what you want to see. The seasons are generally divided into two: the warm season that runs December through May and the cool season that runs June through November. The former is perfect for hammerhead sharks and manta rays sightings while the latter brings more whale sharks to these waters.

During the warm season, divers can expect the highest water and air temperatures and calmer conditions. There is some brief afternoon rain, but it usually doesn’t last too long. The cooler season brings mist, winds, and overcast days. The winds create choppy seas, the water temperature is lower, and the visibility is reduced. Nonetheless, the currents bring nutrients, which results in more abundant marine life.

Currents are prevalent here, although there are several dive sites where you can expect calm conditions for easy scuba diving.

The water visibility at Galapagos islands is not the greatest you’ll ever find; it ranges between 12 to 33 meters (40 to 100 feet) during the warm season and slightly decreases during the cooler season.

Darwin Island is a world-class scuba diving destination. The waters surrounding this piece of eroded volcano contain a plethora of marine animals. Divers will, of course, have the chance of seeing at least one of the species of sharks that inhabit these waters: hammerhead, Galapagos, silky, and whale sharks. The marine fauna also includes various other species of fish such as trumpetfish, trevallies, butterflyfish, surgeonfish, parrotfish. It is also common to see dolphins and sea lions here. 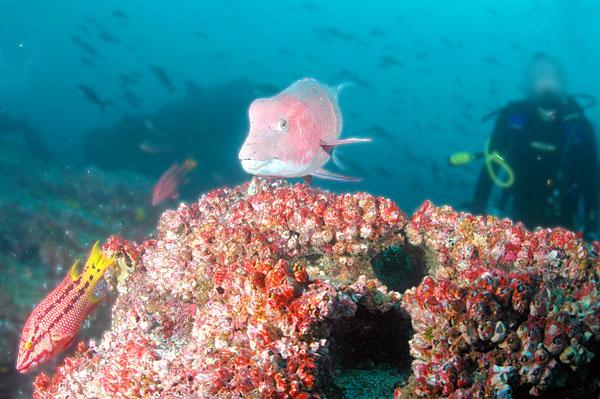 Hogfish and parrotfish at Darwin Island. Photo by Aquaimages

Isabela is the largest island of the Galapagos archipelago. It comprises a number of tuff cone islands and isolated rocks that are great dive sites. The south of the island is a diverse marine ecosystem due to the presence of nutrient-rich waters.

The waters of Daphne Island contain WWII relics, walls, slopes, platforms, and caves that are a real treat for those with a thirst for exploration. Most dives are drift dives where white-tip sharks, schools of tuna, sea turtles, moray eels, and lots of reef fish can be observed. 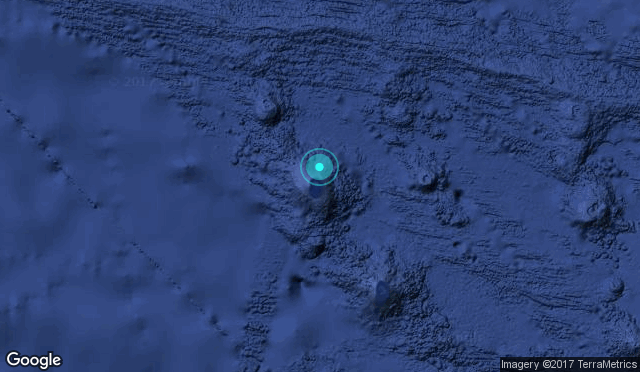 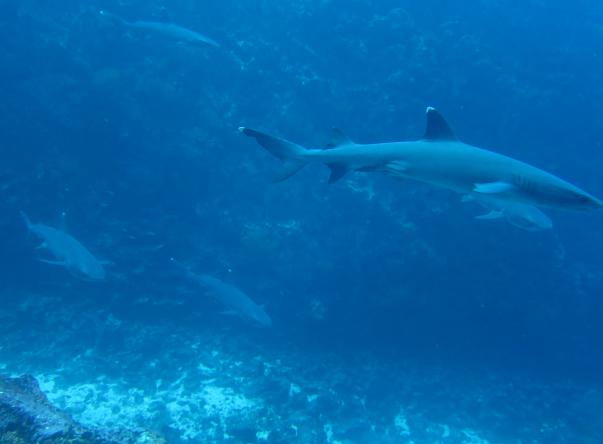 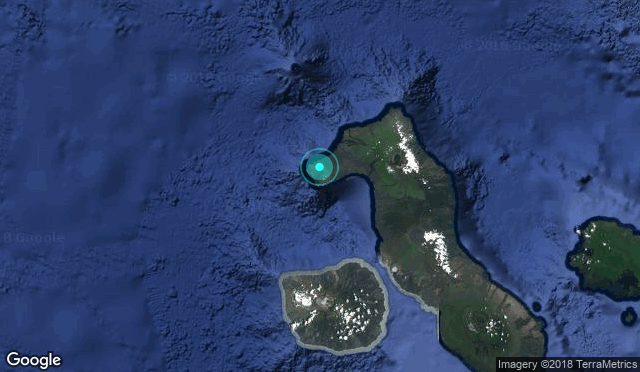 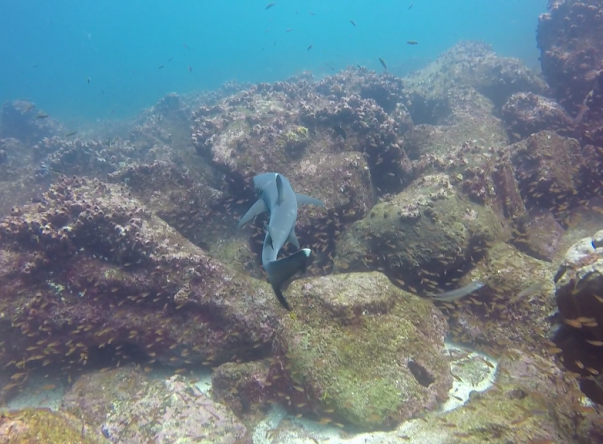 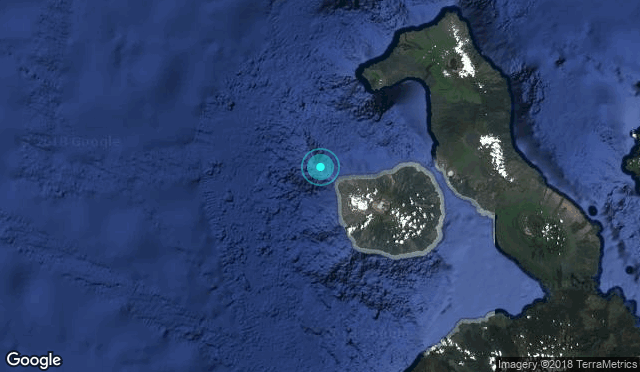 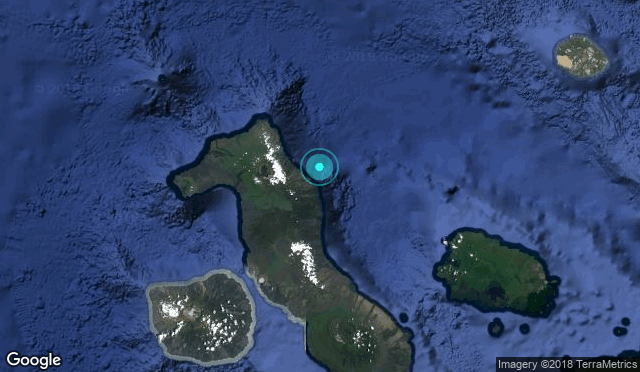 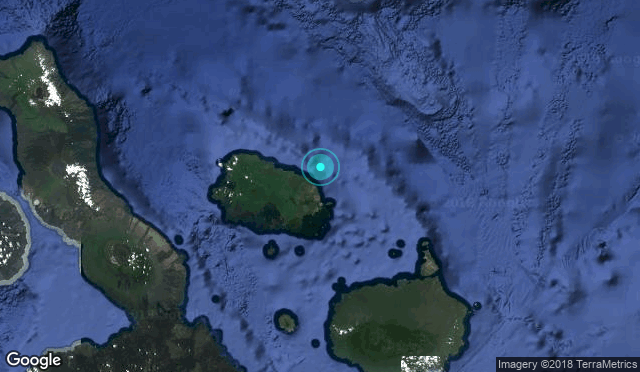 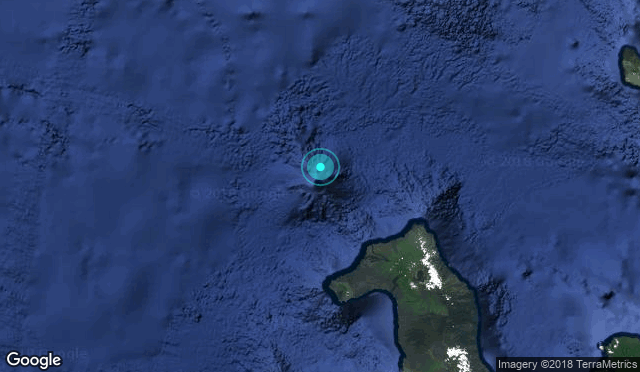 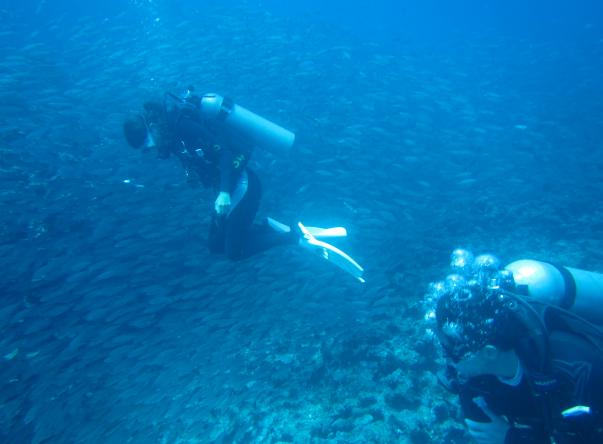 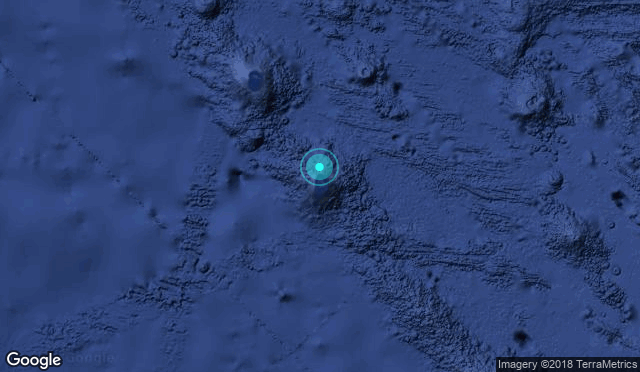 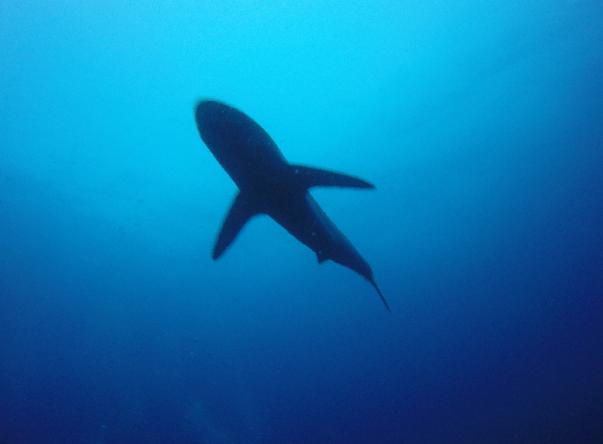 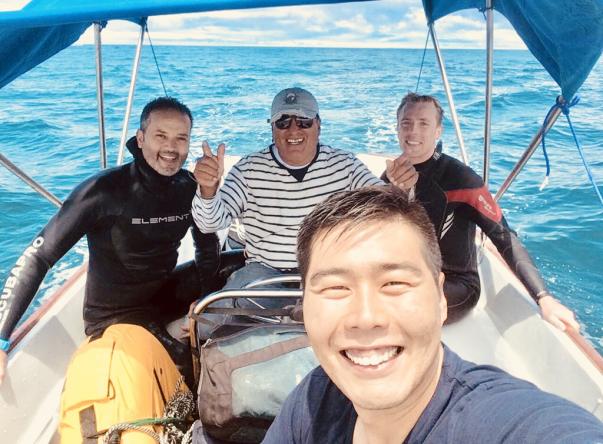 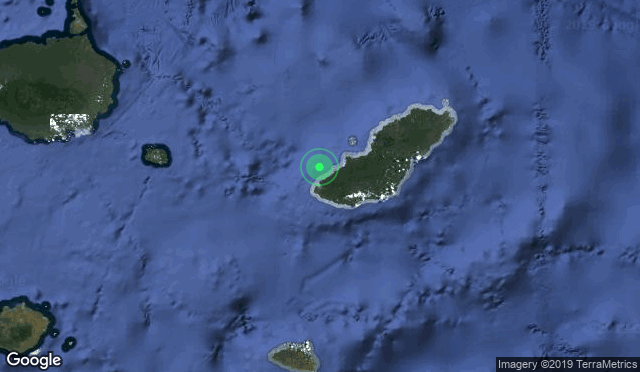