Cabo Pulmo National Park is a national marine park on the Baja California Peninsula, Mexico. It is home to one of the only three coral reefs of North America’s west coast, estimated to be 20,000 old. The national park was established in June 1995, when fishing was prohibited in order to increase its biomass. In 2005, Cabo Pulmo was named a UNESCO World Heritage Site as part of the larger area known as the Islands and Protected Areas of the Gulf of California. 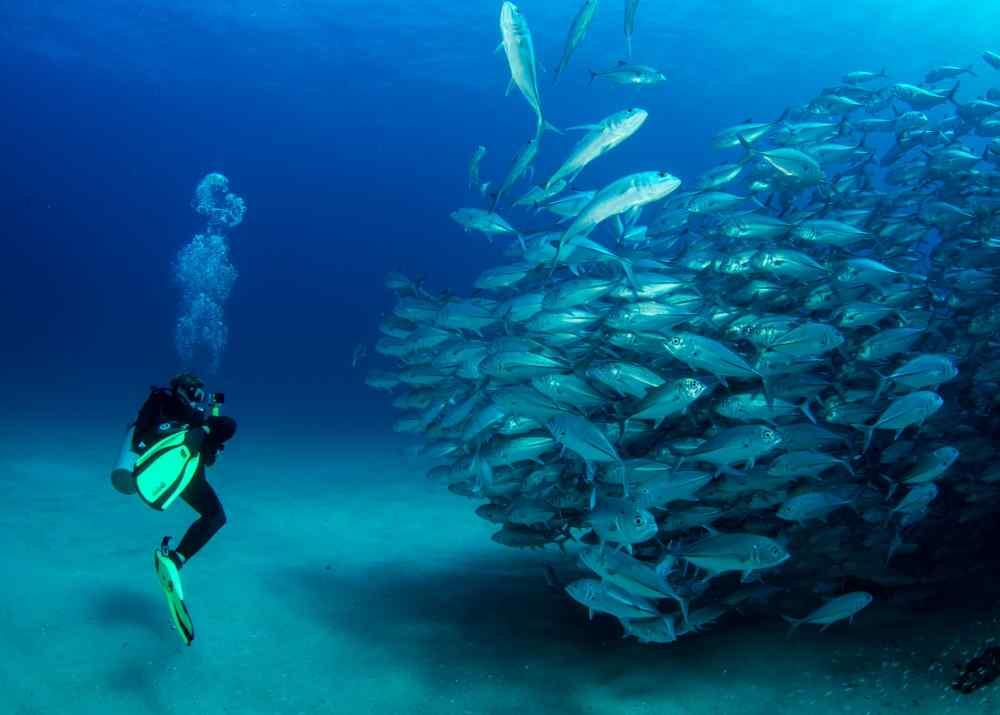 Thanks to the involvement of the local fishing families, Cabo Pulmo National Park is now of the most thriving marine parks in the western hemisphere. Today, the region is home to over 220 species of fish and about 11 species of corals. Here, divers can see a unique phenomenon: mobulas jumping out of the water. During certain seasons, whale, orcas, and dolphins can also be observed. The chances of seeing a shark during a dive are very high. But the biggest attractions are probably the large schools of jacks, a phenomenon that is present most of the year.

The months of October and November offer the best diving conditions, but August/September is also a good time to visit. During the months of June and July, the seas are rough, the weather is extremely hot and humid, and there aren’t that many pelagic species.

Cabo Pulmo offers many drift dives, with currents changing from north to south and vice-versa.

The water visibility at Cabo Pulmo ranges from 15 to 30 meters (50-100 feet). During the winter months, visibility drops due to the plankton blooms, but the advantage the waters are also crowded with big pelagic species. The best visibility can be found in the months of October and November.

El Bajo - Probably the most popular of the dives, El Bajo is a reef featuring 12 species of coral! In turn, the corals attract a number of species of fish of all sizes and colors. Everything from angelfish, grunts, and pufferfish to rays and sea turtles can be seen here. Whale sharks and porpoises may also be spotted.

El Islote – This is a large rock that offers some great wall diving. Moray eels and different species of rays can be seen here year-round, along with numerous reef fish. Schools of jacks can also be encountered, but only at certain times of the year.

El Vencedor – A large Mexican fishing vessel thank sank dozens of years ago and is now a prolific artificial reef. The shipwreck has still much of its structure in place and there are numerous fishing nets lying over the sandy bottom. It hosts numerous species of fish, including schools of grunts of goatfish, and it is a great spot for underwater photographers.

Sea Lion Colony – Down south at Punta Frailes is an interesting snorkeling spot where dozens of sea lions gather between January and October. They are a bit shy than those living in the more touristy areas of Mexico, but curious nonetheless. 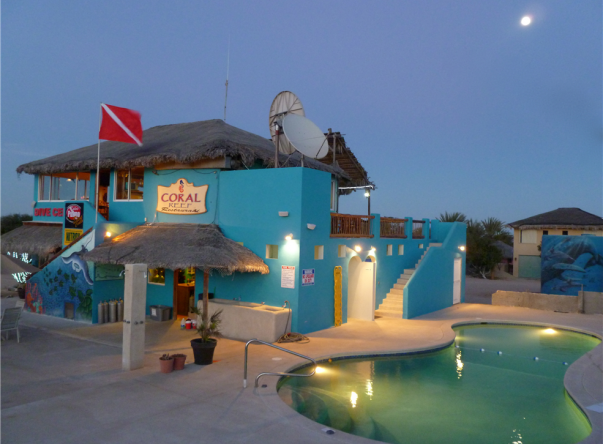