Australia is one of the top diving destinations on the globe, and this is due to one of the Seven Natural Wonders of the World: The Great Barrier Reef. Divers can enjoy almost 3,000 individual reefs, located off the mainland and about 900 smaller islands. The Great Barrier Reef stretches for over 2,300 kilometers (1,400 miles) and covers a gigantic area of about 344,400 square kilometers (133,000 square miles).

The reefs surrounding Australia host an incredible diversity of species. More than 400 species of soft and hard coral can be seen here. The annual mass spawning of coral takes place in the week after the October full moon for the inner reefs and in November and December for the outer reefs.

About 10% of the species of fish in the world, 125 recorded species of shark, and 30 species of whale, dolphin, and porpoise live in the Great Barrier Reef. Critters such as nudibranchs, mollusks, seahorses, and pipefish are also found in great abundance. As a diver, you’re literally pampered with just about anything you’d like to see. 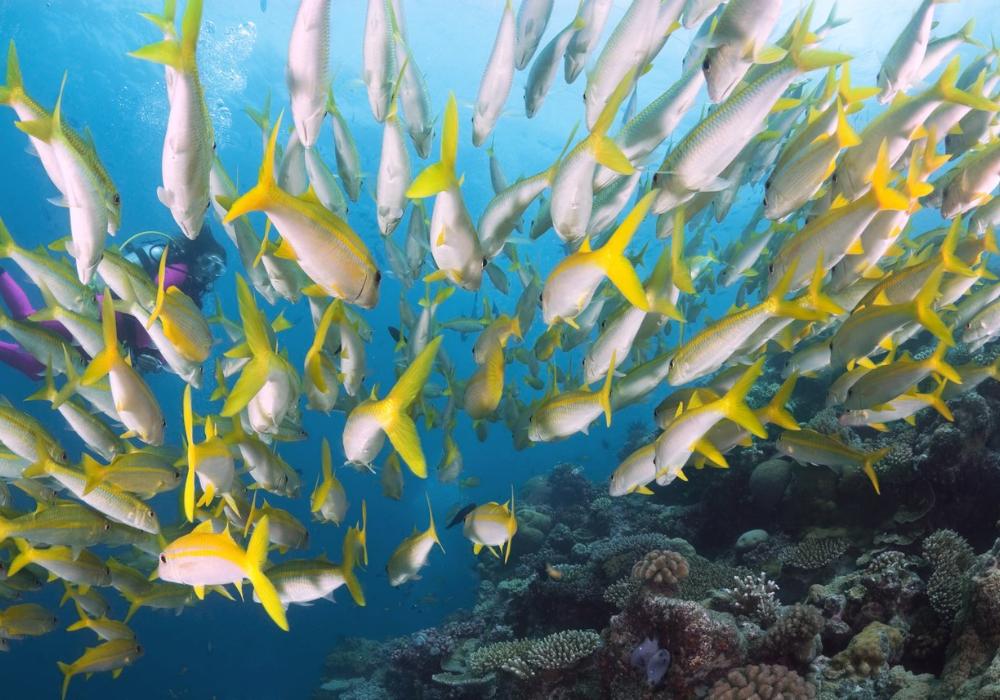 The climate along the coast of Australia allows for good scuba diving conditions year-round. However, for the best conditions, it’s best to visit from late August to early December, when the waters are warm, visibility is good, and the ocean is calm.

Minke whale season runs from June to August and humpback whales are most likely to be seen between August and October. In South Australia, you can dive with great white sharks from May to February. This is also when you can see the copper sharks and mako sharks.

During winter (December, January, and February), Australia experiences the most rainfall but even then, it occurs mostly at night. There is an advantage to diving during winter: you’ll avoid the stingers. Nonetheless, these potentially deadly jellyfish prefer shallow waters and remain near the coastline.

In the summer, temperatures rise to 24° C/75° F throughout the central and northern Great Barrier Reef and drop to 18° C/65° F in the winter.

Vary from mild to strong depending on location and time of the year.

Water visibility in Australia averages 15-21 meters/50-70 feet and is affected by the currents, tides, and surge. In the outer reef, visibility gets better and rises to more than 40 meters/130 feet. 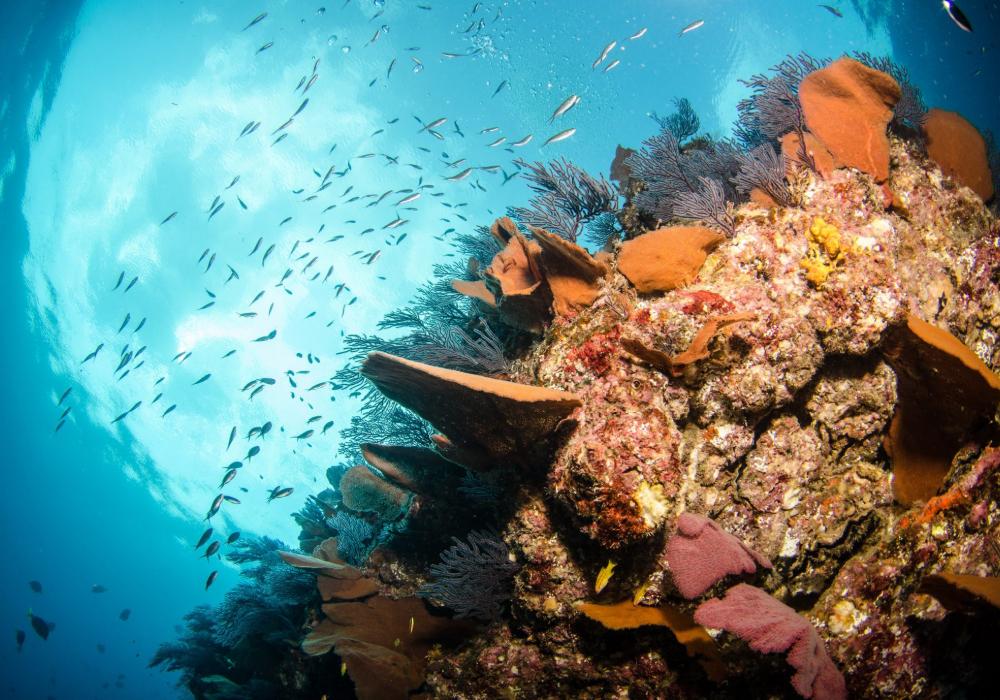 Located in the Coral Sea off the Far North Queensland coast, Osprey Reef is the meeting ground for pelagic action. The reef is in pristine condition and features spectacular soft corals that grow to more than two meters in height and huge gorgonian fans. Its North Horn dive site is a famous shark feed ground. Seeing the grey reef sharks, silky sharks, silvertip reef sharks, and hammerheads getting in a feeding frenzy will send chills down your spine. Manta rays, eagle rays, green and loggerhead turtles can also be encountered here.

Ningaloo Reef is the world’s largest fringing reef system, stretching 260 kilometers (155 miles) along the western coast of Australia. Whale sharks are the main tourist attraction at Ningaloo but there are many other reasons to visit the reef. Ningaloo is home to over 500 species of fish, 600 species of mollusks, 300 species of corals, and many other marine creatures. And when you’re not out diving, the Ningaloo Coast will treat you with some of the most beautiful beaches in Australia.

Formed 20 million years ago by volcanic eruption, Julian Rocks is known as the “mini Galapagos” due to its incredible biodiversity. Divers get to explore over a dozen dive sites at Julian Rocks, with depths ranging from 6 to 24 meters (20 to 80 feet). The spot supports about 1,000 species of marine animals, including humpback whales, leopard sharks, and the endangered grey nurse sharks. Some species of marine animals found here are endemic to the area.

Lizard Island is the northernmost of the Great Barrier Reef islands. There aren’t many people visiting the island, so it’s somewhat of a well-kept secret. What makes it a unique diving location is that it offers the opportunity of diving with the large potato cod at the renowned Cod Hole dive site. Divers will also get to swim with thousands of fish, sea turtles, reef sharks, manta rays, and observe giant clams. 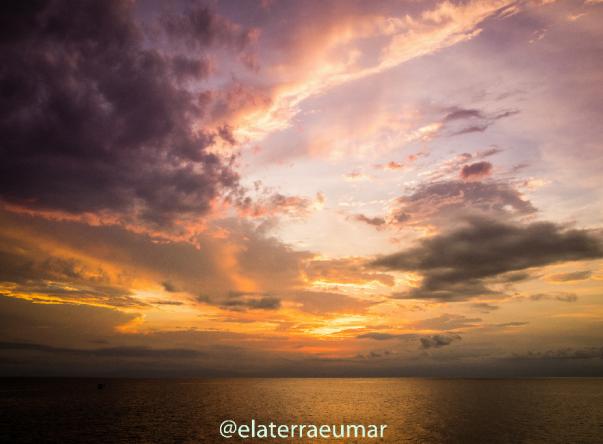 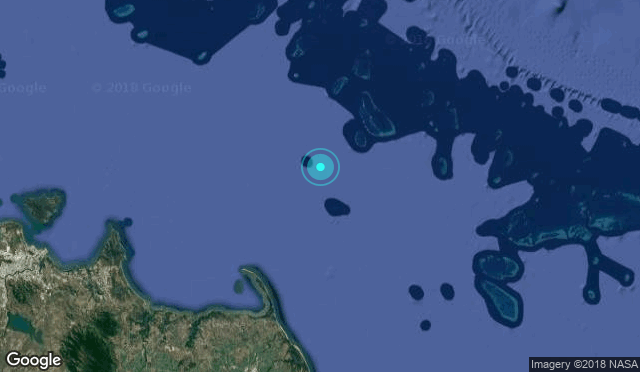 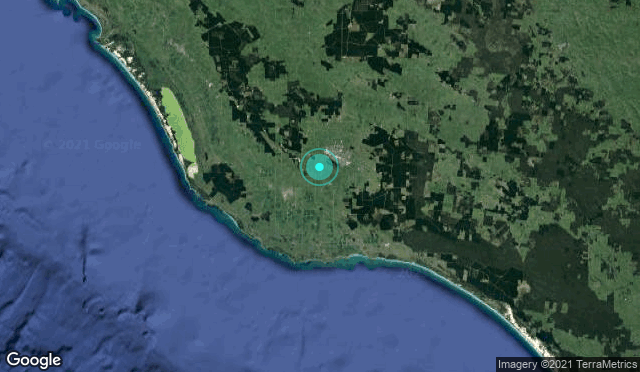 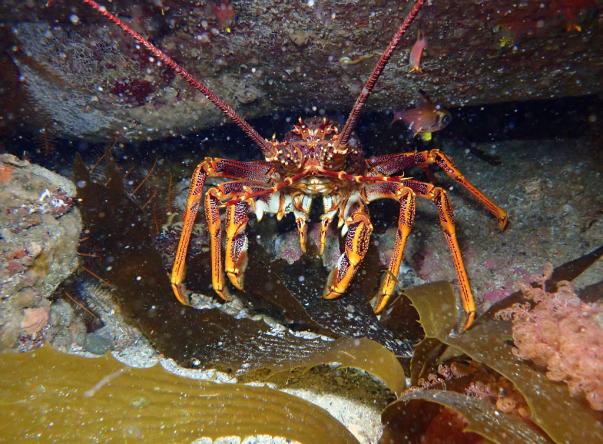 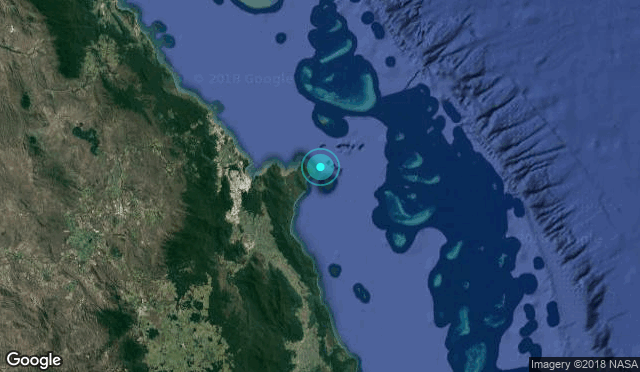 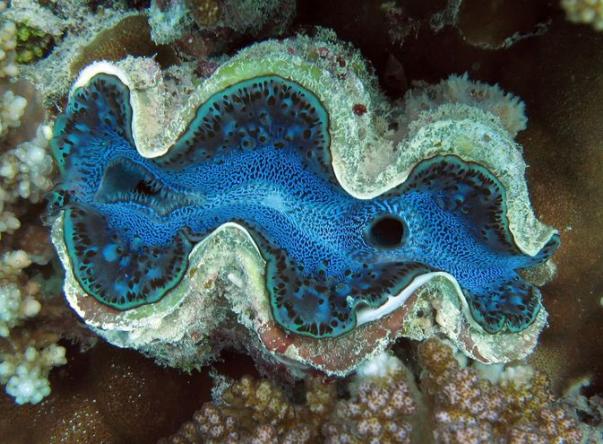 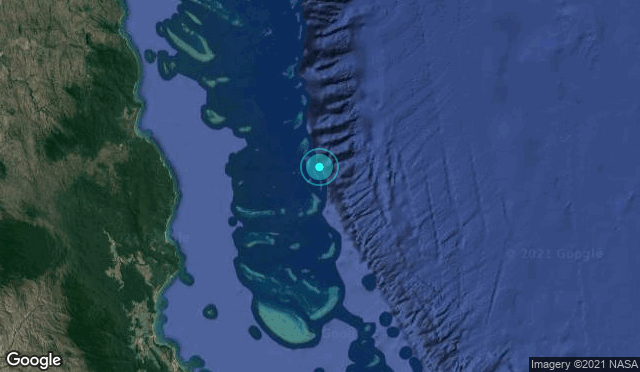 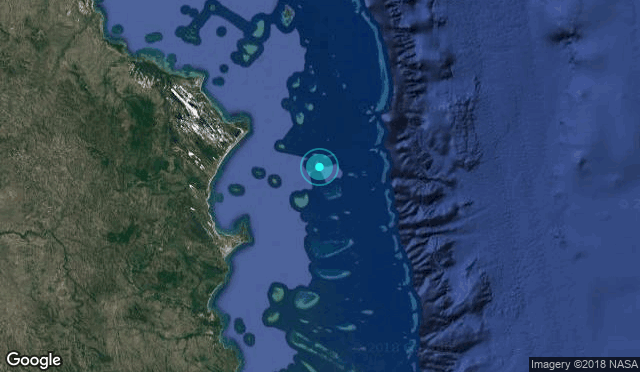 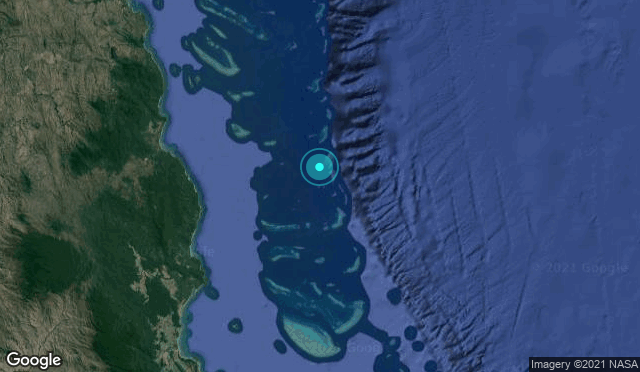 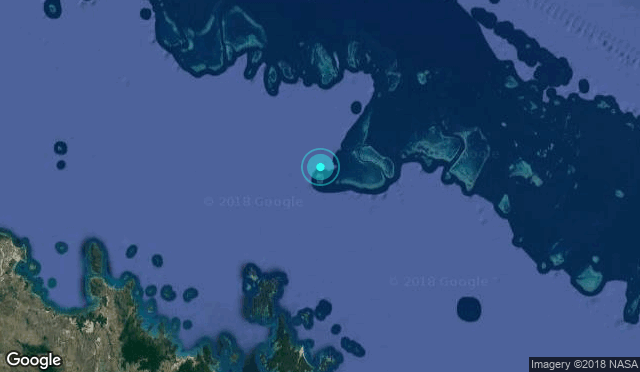 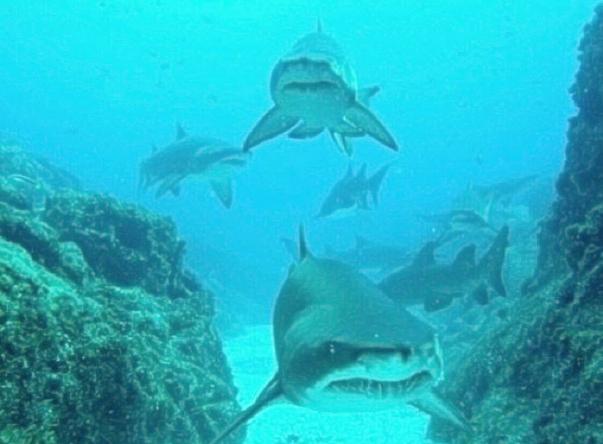 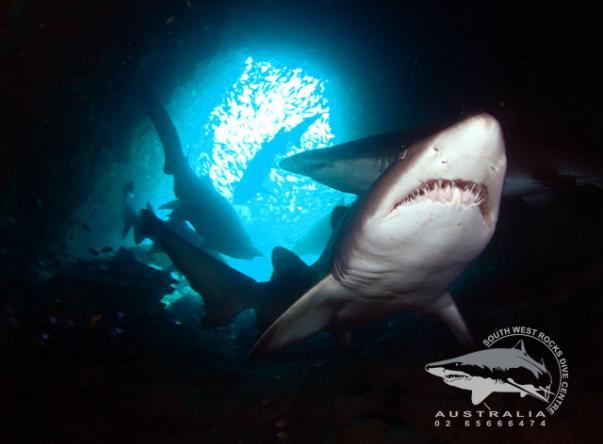 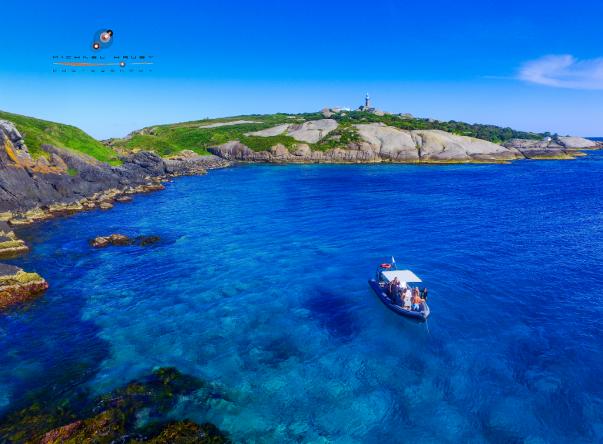 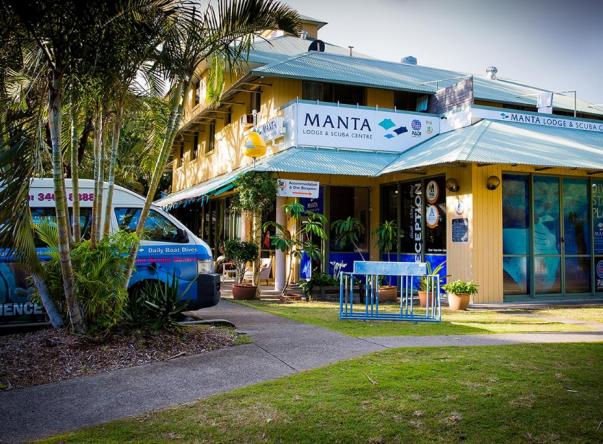 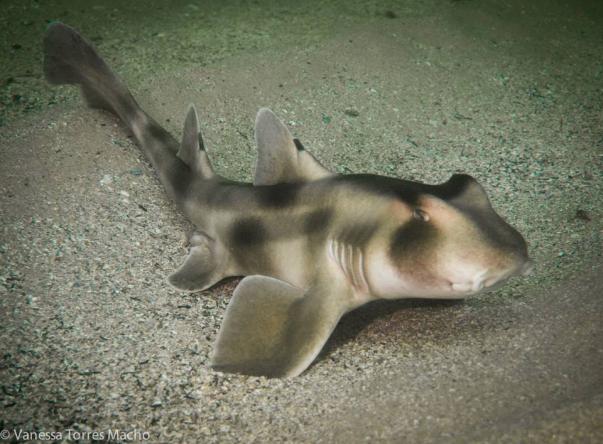 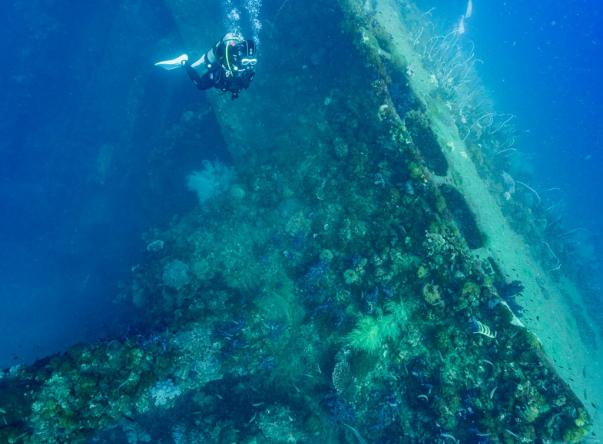 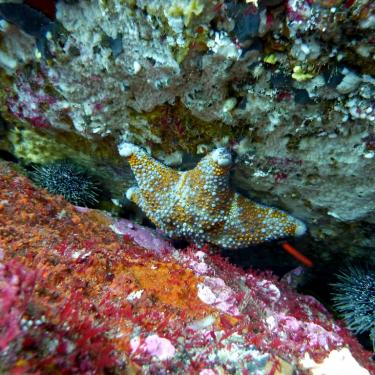 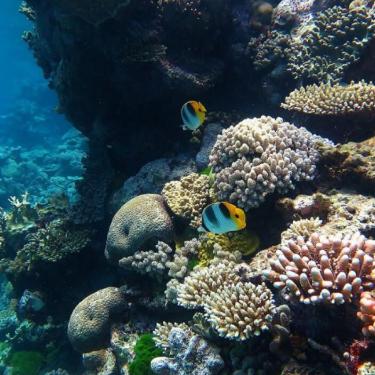