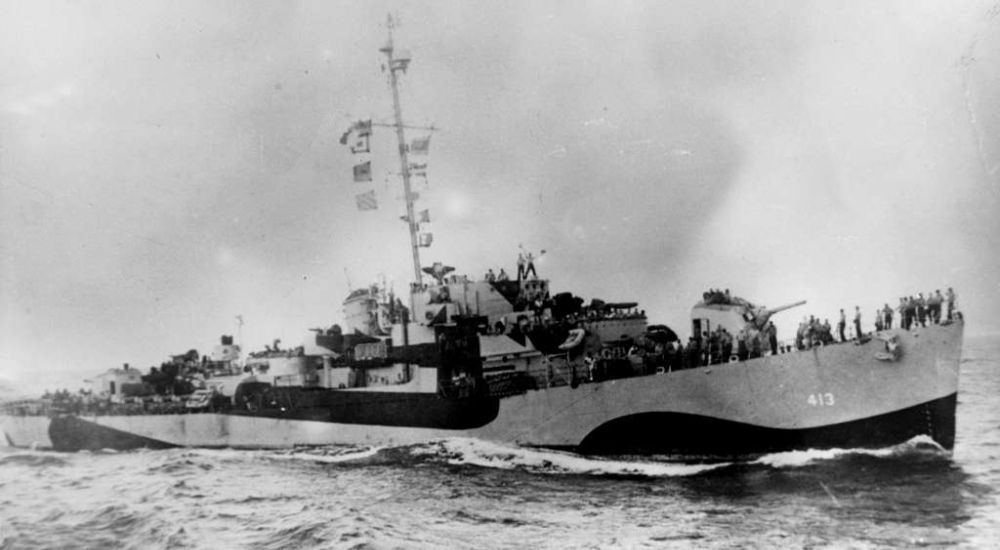 Three years after the discovery of what – up until recently – everyone thought was the deepest shipwreck in the world, the USS Johnston, the U.S. Navy confirms the discovery of an even deeper wreck.

Thanks to the exhaustive historical research and innovative technology, the teams at Caladan Oceanic and EYOS Expeditions have successfully located one of the most famous ships of World War II deep in the Philippine Sea near Samar Island.

Also known as “Sammy B,” the vessel was a John C. Butler-class destroyer escort of the United States Navy that served in World War II. The ship sunk in the Battle off Samar (the centermost action of the Battle of Leyte Gulf) in October 1944.

As military ships go, the USS Samuel B. Roberts was a rather small destroyer. Nonetheless, it defended against the superior Imperial Japanese Navy force warships, fighting three Japanese battleships and two heavy cruisers before eventually going down.

Of the 224-man crew, 89 were killed and 120 were saved, including the commanding officer, Lieutenant Commander Robert W. Copeland. Sammy B’s last known survivor died in March 2022.

“It was an extraordinary honor to locate this incredibly famous ship, and by doing so, have the chance to retell her story of heroism and duty to those who may not know of the ship and her crew’s sacrifice.  In difficult times, it’s important to reflect on those who sacrificed so much, so willingly, in even more difficult times to ensure our freedoms and way of life,” said undersea explorer Victor Vescovo.

Some additional pictures from the Sammy B, highlighting the caution needed when diving military wrecks. You can spot the white-tipped rounds in the loading rack of the forward 40mm gun, as well as a depth charge still in its rolling launcher. She also rests on a steep slope. pic.twitter.com/5PgwNLiBCn

A submersible filmed, photographed, and surveyed the ship during a series of dives over eight days. Lying at a depth of 6,895 meters (22,621 feet), some 400 meters deeper than the USS Johnston, the USS Samuel B. Roberts can be seen lying broken in two but relatively intact, with its two pieces just 10 meters (33 feet) apart.

In the imagery captured by the submersible Limiting Factor, which is the first submersible to reach the deepest points of all five oceans, it’s possible to see the hull structure, guns, and torpedo tubes. The ship showed punctured holes from the Japanese troops, and it appears that it also took a massive hit in the stern quarter.

All data, including sonar maps, video, and photographs of the USS Samuel B. Roberts will be donated to the U.S. Navy and its Heritage and History Command.