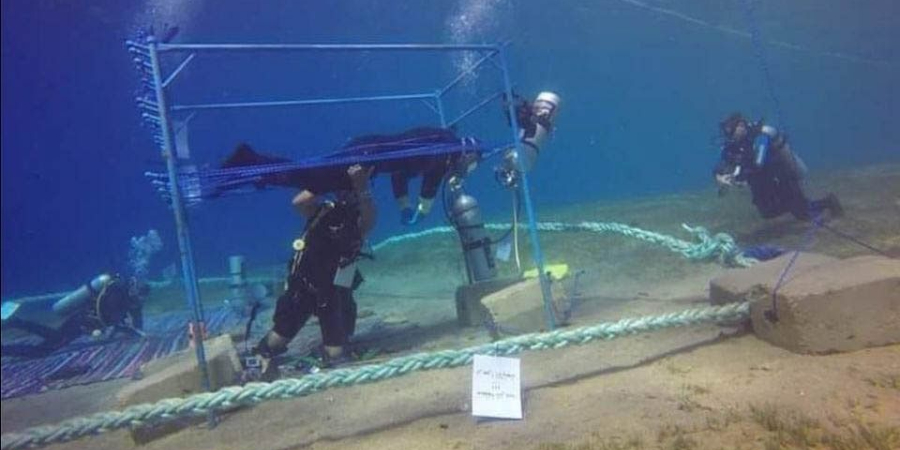 Earlier this month, 29-year old Saddam Al-Kilany emerged from the waters of the Red Sea after having spent six days underwater to set a new world record for the longest open saltwater scuba dive.

The diver went underwater at The Lighthouse dive site in Dahab on November 5 and remained there for 145 hours and 30 minutes, beating the previous record-holder, Turkish diver Cem Karabay, who “only” managed to remain submerged for 142 hours and 47 minutes.

Due to the risk involved in this dangerous attempt, Al-Kilany was accompanied by assistant divers and medical teams on rotation and was under the supervision of Adel Taher, director of the Hyperbaric Medical Center in South Sinai.

The diver passed his time under the sea by praying, painting, and practicing underwater chess and other games. An underwater “bed” (an underwater scaffolding, basically) was designed for him to rest on.

Al-Kilany had trained for years in the hopes of setting a new record in diving. The diver reportedly aimed for 150 hours, but the dive ended sooner after his medical team raised concerns over his health. Regardless of this, Al-Kilany managed to surpass his personal best of 121 hours, which he had set three years priorly, and set a new world record.

Crowds of Dahab residents, tourists, and members of the diving community were there to greet Al-Kilany after emerging from the depths of the sea. The diver insisted on breaking the record in his country to promoted tourism in the region.

Prior to this successful attempt at breaking the record for the longest saltwater scuba dive, the Egyptian diver made headlines earlier in September for his underwater engagement ceremony with fellow diver Pia Lagora.

The new record set by Saddam Al-Kilany has not been officially confirmed by Guinness World Records yet. It is reported that during his time underwater, the diver also worked on the largest underwater painting, but as of now, we have no news on whether or not he was successful in this attempt as well.

Be sure to check out other astonishing scuba diving records!