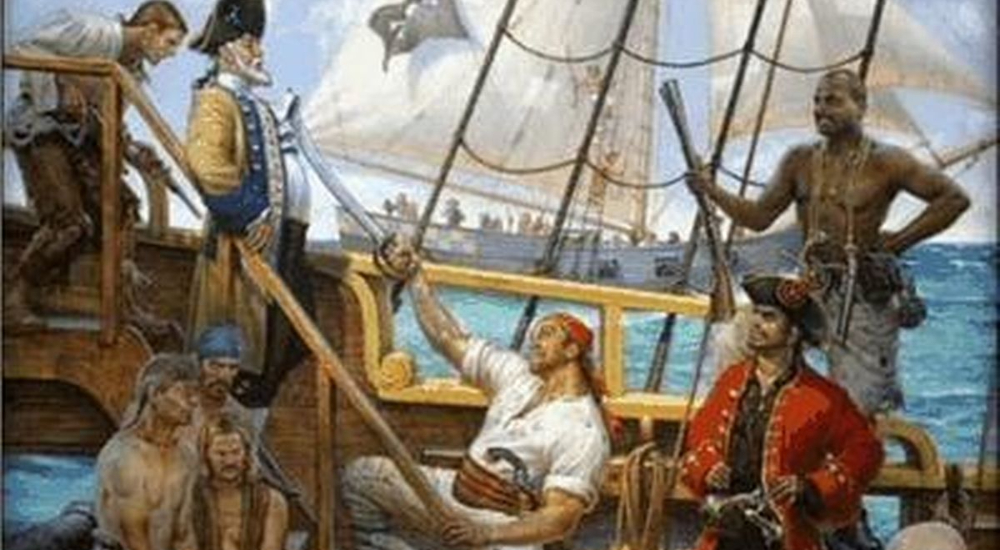 The remains of at least six pirates were discovered in a 300-year-old shipwreck off the coast of Cape Cod, announced the Whydah Pirate Museum in West Yarmouth. Along with the human skeletons, the investigative team from the museum came across several artifacts, including small gold bars and silver coins.

The Fabulous Tale of the Whydah

Whydah is a legendary ship that was once captained by the infamous pirate “Black Sam” Bellamy, who sailed for the British Royal Navy before turning to piracy. The English pirate operated in the early 18th century and remains known as the wealthiest pirate in recorded history, plundering about $120 million worth of treasure in a little over a year.

The Whydah Gally was built in 1715 and had been used to trade slaves from West Africa before it was captured by Bellamy near Cuba. About a third of Bellamy’s crew was of African origin and several of the initial people on the Whydah decided to join the pirate gang.

In April 1717, while sailing the Atlantic, Black Sam made a fateful decision by steering his ship to Cape Code. Romantics speculate he had planned to meet his mistress, Maria Hallett – the “Witch of Wellfleet”. The two met in 1715 and Bellamy promised to marry her and start and new life with her as prince and princess on an island in the West Indies.

Alas, his dream came to an end on April 26, 1717. The weather turned into a nor’easter struck and crashed the ship off the coast of Wellfleet. One-hundred eighty pirates died – among them Bellamy, who is still “lost at sea”. The eight pirates that survived were tried in Massachusetts and hanged for piracy.

The newly discovered skeletons were found in large concretions and are being examined by underwater archaeological explorer Barry Clifford – who discovered the ship in 1984 – and his team. Their goal is to use modern technology to identify the pirates and reunite them with possible living descendants.

The team is partnering with forensic scientists at the Henry C. Lee College of Criminal Justice and Forensic Sciences to determine whether the human bones found at the wreck site are those of the renowned Samuel “Black Sam” Bellamy.

The concretions holding the remains of the original Whydah pirate discovered are on display at the Whydah Pirate Museum. The interactive science museum is filled with real pirate artifacts and replicas of the ship. Visitors can also learn about the excavation process and the technology used to restore and preserve these precious artifacts.

As for the pirate treasure on the ship, archaeologists believe most of the gold, silver, ivory, and jewels remain on the ocean floor. The value of the treasure has been placed as high as $400 million.