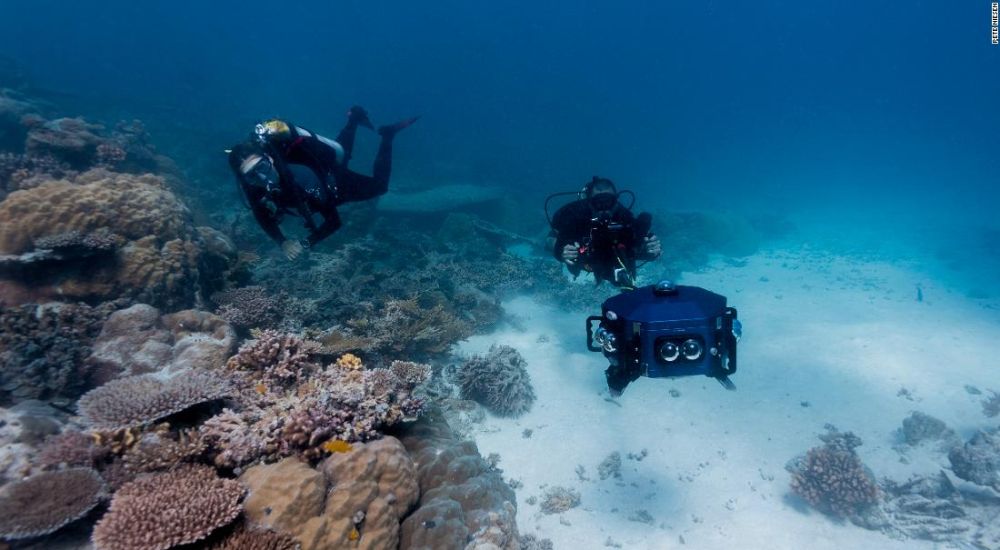 Marine biologist Erika Woolsey has been diving for over two decades. Having witnessed first-hand the damages brought to coral reefs and sea life by climate change, the scientist became aware of the need to raise awareness of reef damage and inspire others to protect the world’s oceans.

Through her non-profit, The Hydrous, Woolsey and her team are using virtual reality (VR) to create a sense of “universal ocean empathy” and to “bring the ocean to everyone.” The team of divers, filmmakers, and scientists are guiding people on immersive virtual dives so that they can see for themselves the negative effects that human activity has on the oceans.

The VR experience recreates the team’s award-winning movie Immerse. The nine-minute guided virtual dive takes viewers through the coral reefs of Palau, an archipelago in the Pacific Ocean that’s known for its high level of marine biodiversity.

Viewers can swim alongside sharks, manta rays, sea turtles, and many other marine creatures as well as see the deteriorating state of the reefs. According to Woolsey, since June 2020 and amidst a global pandemic that led to many lockdowns, about one million people of all age groups have taken part in the 360-degree virtual dives.

Woolsey hopes that advances in technology will allow her and her team to take even more people to places in the ocean that remain underexplored. Ultimately, the scientist hopes that viewers can see that there is still hope for the oceans to recuperate from the effects of climate change. Everyone can make a difference, and the sooner we start, the better.