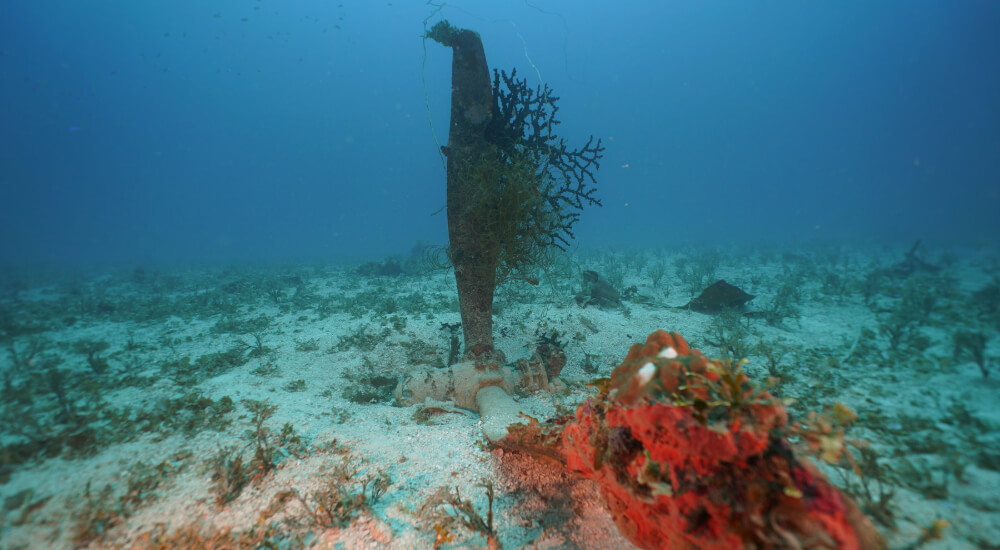 More than 70 years have passed since World War II ended, but aircraft and warship remains are still being discovered in various parts of the world. Recently, the group Project Recover announced the discovery and identification of wreckage belonging to three U.S. aircraft lost during the 1944 Operation Hailstone, which took place on Truk Lagoon, now known as Chuuk Lagoon.

During World War II, Chuuk Lagoon was the Empire of Japan’s main base in the South Pacific. In 1944, the lagoon’s capacity as a naval base was destroyed through several naval attacks. In two days of air operations, U.S. aircraft destroyed or damaged hundreds of Japanese planes, warships, and cargo vessels caught in the lagoon. Dozens of American aircraft were also lost, some still undetected. According to lead historian, Colin Colbourn, Ph.D., Truck Lagoon may hold as many as 33 aircraft that carried up to 100 MIAs.

After discussing with the inhabitants of Chuuk Lagoon and going through the official reports and memoirs of the Operation Hailstone survivors, the researchers concluded that the three airplane bombers were most likely located within the lagoon. The team was then able to narrow the location after coming across a piece of information in the memoir of a U.S. serviceman that mentioned seeing a Dauntless dive bomber being struck and ultimately sinking into the ocean.

Four expeditions over the course of two years were conducted to find the remains of the aircraft. The researchers surveyed nearly 70 square miles, or 180 square kilometers, of seabed in search of the remains from the three planes. The new findings include debris from two SBD-5 Dauntless dive bombers and one TBM/F-1 Avenger torpedo bomber. The remains were found at depths of 100 to 215 feet, or 30 to 65 meters, and include propellers, dive brakes, a tail section, and an entry hatch.

Project Recover is a nonprofit organization affiliated with the University of Delaware and other institutions that works to find and repatriate Americans missing in action during World War II. The group uses the latest technology available, including thermal cameras, scanning sonars, and underwater robotic technologies to locate sites where MIAs might be located. Although Project Recover’s mission is to find and bring home missing servicemen, the discovery of the wrecks is also of historical importance.

Today, Chuuk Lagoon is a tourist destination and a premier wreck diving destination, with more than 300-known wrecks lying on the bottom of the Pacific Ocean. After being in the water for dozens of years, many of the Japanese ships now offer a spectacular sight, being overgrown with colorful corals. The airplanes, however, are broken up into fragments, indistinguishable to the unspecialized eye of a recreational diver. This would explain why the remains of the three bomber airplanes were overlooked for so many years.

Project Recover’s work at Chuuk Lagoon is not finished and more expeditions will be launched in 2020 in the area, as well as in various other locations in the Pacific, Southeast Asia, and the Middle East. Around 79,000 American servicemen went missing during World War II, most of which remain unaccounted for.