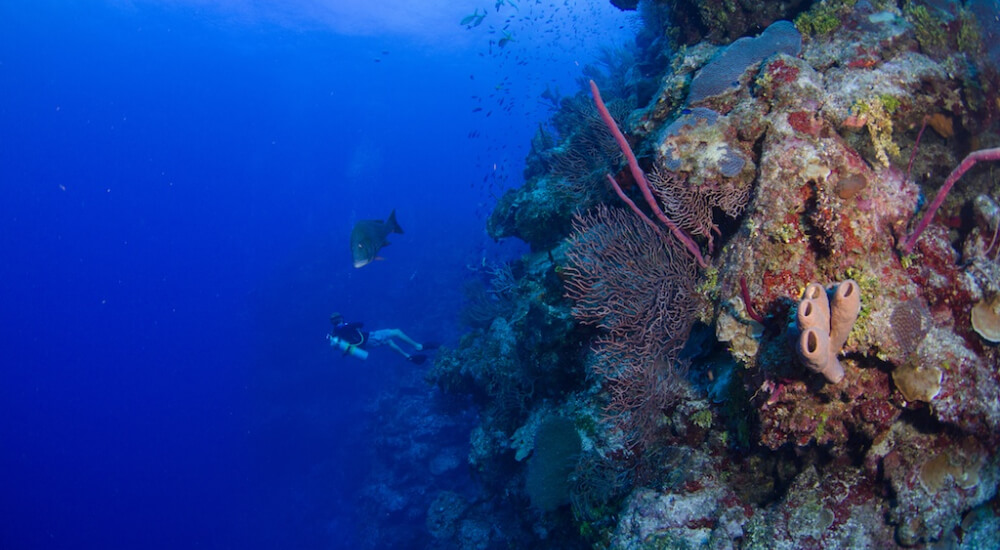 Earlier this year, the World Travel Awards made the first stop of their annual Grand Tour in The Bahamas, where key sectors of the travel, tourism, and hospitality industries in the Caribbean region were rewarded for their accomplishments. The votes are in and we now know what’s the hottest place to dive in the Caribbean in 2020. Unsurprisingly for many well-traveled divers, the Cayman Islands have been yet again recognized as the Caribbean’s Leading Dive Destination at the first regional gala ceremony, which took place at the end of January in Nassau.

This is the 10th title in the row for the spectacular British overseas territory, having bested six other nominees: Anguilla, Bonaire, the British Virgin Islands, St. Kitts, Turks and Caicos Islands, and the host of the gala – The Bahamas. This is just the latest of many wins for the Cayman Islands, which have also been awarded the supreme title of World’s Leading Dive Destination several other times in the past.

The Cayman Islands is known for its conservation and sustainability efforts, with environmentally-protected reefs surrounding each of its three islands. With over 300 dive sites that ensure an unforgettable diving experience for both novice and experienced divers, the nation has established itself as one of the top dive destinations in the world.

Each of the three islands offers its own unique experiences. Grand Cayman is known for its dramatic steep walls, shallow reefs, and the renowned Kittiwake ship – recognized as one of the best wreck dives in the world. Little Cayman has one of the most breathtaking drop-offs in the Caribbean – the Bloody Bay Wall, while Cayman Brac attracts visitors with its coral gardens and good wreck dives.

Learn more about the Cayman Islands