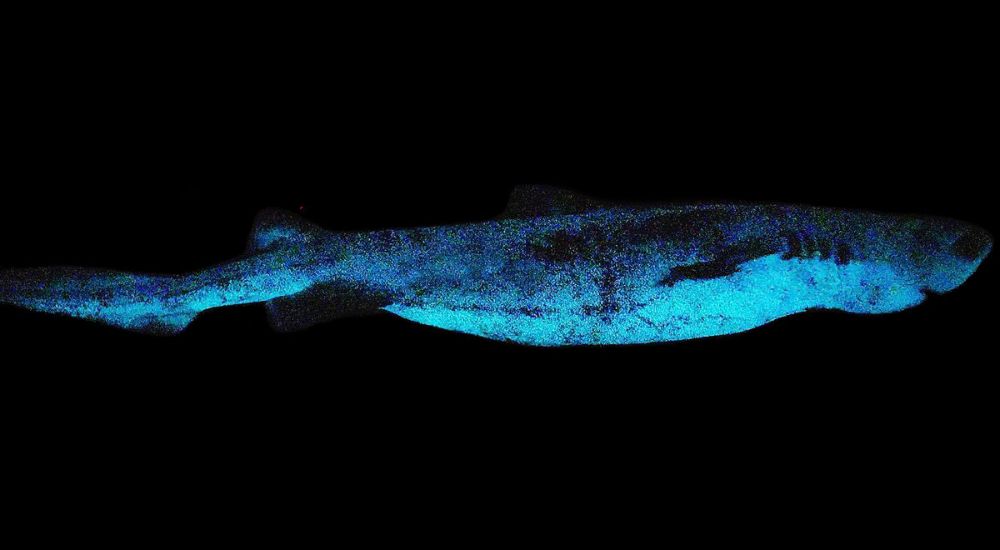 A new study, however, brought new insight into the mysterious world of deep-sea sharks. Researchers exploring the Chatham Rise off the coast of New Zealand came to find not one but three species of deepwater sharks that can produce light. The three species – Dalatias licha, Etmopterus lucifer, and Etmopterus granulosus – were collected as bycatch from a hoki trawl survey by a NIWA vessel.

Inhabiting the mesopelagic zone, also known as the twilight zone of the ocean, where only one percent of light reaches and that ends where there is no light at all, these sharks live in the realm of bioluminescence.

The study was led by Belgian marine biologist Jérôme Mallefet at the Catholic University of Louvain in collaboration with researchers at the National Institute of Water and Atmospheric Research in Wellington, New Zealand. The team managed to catch the sharks and transferred them to tanks in a dark and cold room. There, the specimens showed their spectacular glowing abilities. Once photographed, the three shark species had to be put down so that researchers could further examine their luminous organs.

One particular species of shark, the kitefin shark (Dalatias licha), stood out among the others. According to researchers, it is the largest known vertebrate that can glow in the dark. It can grow to almost six feet long and emits blue-green light. The other two species are somewhat smaller, and little is known about their biology.

Unlike other bioluminescent organisms, it is believed that the organs that produce light in sharks are not controlled by their nervous systems but are regulated by melatonin, a hormone known to improve sleep. In sharks, however, this hormone makes them glow. Scientists have yet to determine what it is that triggers this action.

Researchers are convinced that far more species of sharks than the ones we know of so far are capable of producing light. Hopefully, more attention will be paid to the deep-sea animals that live in the least explored zones of the ocean. Down there, creatures bigger than kitefin sharks could perhaps be illuminating the ocean – but we still know nothing about them.