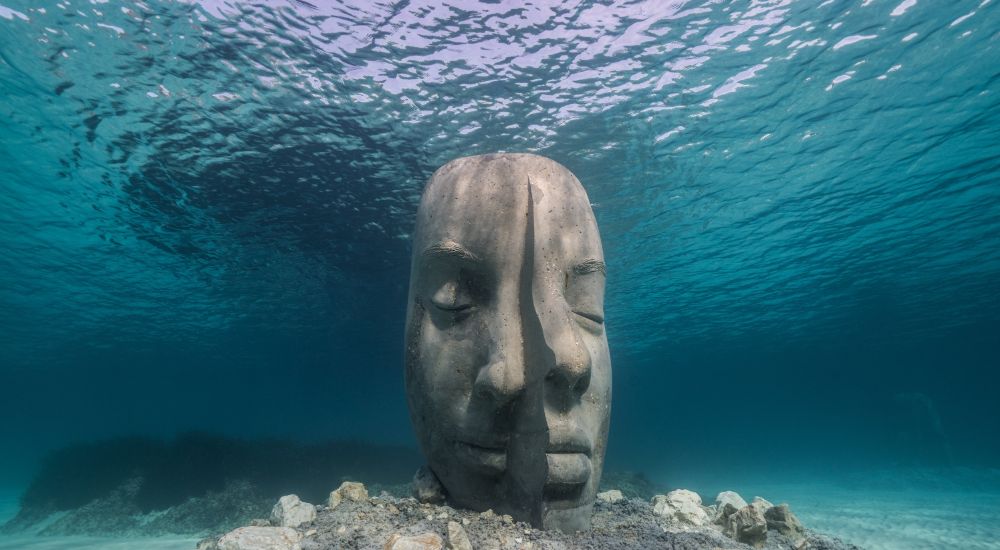 Resembling something like the modern versions of the ancient moai figures of Easter Island, six stone faces now welcome divers eager to explore the underwater world off the French resort town of Cannes. This is the first project of this kind in the area, and who else to contribute to this remarkable museum than the renowned British sculptor Jason deCaires Taylor.

Made out of marine-safe pH-neutral cement, the surface of the six sculptures provides the ideal habitat for a variety of marine fauna and flora, as seen in many other regions of the world. The Underwater Museum of Cannes is Taylor’s first project in the Mediterranean, but the artist’s works can be seen worldwide, and each of them focuses on marine conservation.

The six sculptures were modeled and inspired by the locals who live in Cannes and cover a variety of ages and professions. Interestingly, each face is divided into two parts, the outer section resembling a mask. This feature was inspired by the legend of Île Sainte Marguerite, the place where the Iron Mask Man was arrested and held captive until his death.

Each piece weighs at least ten tons and measures more than two meters in height. The massive sculptures were brought to the site by boat and placed in position by scuba divers with the help of cranes. Located at depths of no more than three meters, the underwater museum is accessible to snorkelers, freedivers, and scuba divers.

The Underwater Museum of Cannes will hopefully draw public attention to the declining state of our seas and oceans that now suffer from the consequences of pollution, overfishing, and over-tourism. The goal is to encourage tourists to explore the sculptures whilst giving the natural coral reefs the chance to recover.

The area chosen for the Underwater Museum of Cannes was previously littered with old marine infrastructure, which has fortunately been removed. Today, the area is free of boats, providing a safe space where snorkelers and divers can swim undisturbed between the sculptures.