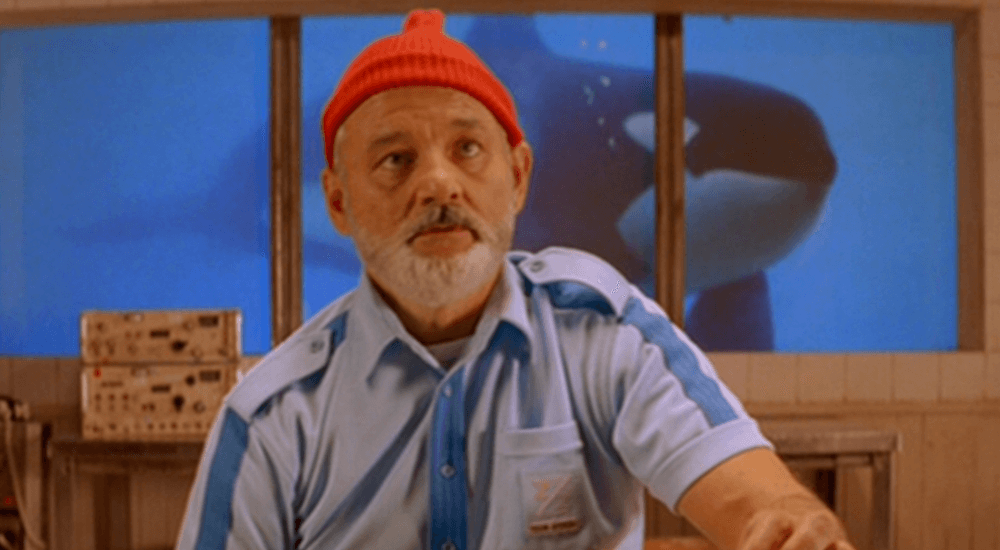 Diving and the underwater world have been a source of inspiration for film directors since the birth of cinema. But although there are numerous artistic films involving scuba diving, you’ll find that many are also downright cringey. In between diving trips, we like to remove our fins, dive into the couch, and spend time watching good scuba diving movies. Here are our top picks:

Before James Cameron would soften up and produce the romance drama Titanic, the famous director shot a sci-fi movie that put such a strain on the whole crew that it took years for some to open up about their experiences. The idea behind The Abyss came to James Cameron in high school when he attended a lecture on deep-sea diving and liquid breathing. Years later, he would write this story about a U.S. search and recovery team that works to retrieve a submarine in the Caribbean Sea.

Cameron has always had a fascination for the ocean and learned to scuba dive at age 17. He is the first person to successfully solo dive to the deepest part of the Mariana Trench, after successfully piloting a submarine nearly seven miles deep. The cast members themselves had to become certified divers. Many trained for a month in the Caribbean before filming. Ed Harris, who plays lead character Bud Brigman, got his certificate while training in a lake and the actors playing the SEALs received military training.

The Abyss was filmed in 7.5 million gallons of water in a concrete containment tank at the abandoned Cherokee Nuclear Power Plant in South Carolina. About forty percent of the film takes place in the murky waters of tanks A and B. The water in the tanks was chlorinated heavily and caused skin burns on many of the actors. Few scenes involved stunt people, so what you’re seeing is the real deal.

A Norwegian-British co-production from the late ‘80s, The Dive is a thriller starring Bjørn Sundquist as Gunnar, Michael Kitchen as Bricks, and Eindride Eidsvold as Rolf. Gunnar and Bricks are two deep-sea divers working on oil rigs – one set to retire and the other one looking forward to his upcoming vacation. They agree to take one last lucrative job, one that would provide them with a nice bonus. What should have been a quick routine dive of just a few minutes turns into a disaster after Gunnar, his new diving partner Rolf, and Bricks are put in mortal danger after their diving bell is stuck in the trawl.

From a cinematic point of view, The Dive is a very good movie. There are several great underwater scenes and the cinematography is appropriately claustrophobic. The production benefits from real locations in the North Sea and use of actual diving gear on a well-made diving bell set. It offers a realistic portrayal of commercial diving and its hazards. The music, however, seems like it belongs more in a soap opera than a thriller film.

The Life Aquatic with Steve Zissou (2004)

Directed by Wes Anderson – and this alone should give you an idea of what you can expect in terms of visuals, The Life Aquatic with Steve Zissou is a comedy-drama film dedicated to French diving pioneer and oceanographer Jacques Cousteau. Many details in the film mirror Cousteau’s real life, but keep in mind that, in the end, it’s just a parody. The film has an all-star cast that includes Bill Murray as Steve Zissou, Willem Dafoe, Owen Wilson, Cate Blanchett, Jeff Goldblum, Anjelica Huston, and other well-known names in the movie biz.

Steve Zissou is a famed oceanographer and documentarian, working alongside his loyal crew – Team Zissou. His career, however, is going downhill, not having released a hit film in the last nine years. When Zissou’s partner is killed by a mythical shark, he and his team set off an expedition to hunt down the creature. This includes his estranged wife, a reporter, and a man who may be his son. Plus, the expedition would also provide him with material for a new documentary.

The Life Aquatic with Steve Zissou features several underwater scenes that are central to the storyline. During filming, Bill Murray trained to become a certified diver, logging over forty hours. His character even acquires “hydrogen psychosis”, which is actually a condition invented by Anderson based on the real risk posed by nitrogen narcosis. Zissou uses a mini-submarine called Deep Search to explore the open sea; you’ll get to see the whole team squeezed inside it as they finally encounter the shark.

Yet another movie dedicated to the inventor of the modern aqua-lung, Jacques Cousteau, The Odyssey is a French-Belgian biographical drama film that covers thirty years of the oceanographer’s adventurous life. It chronicles Cousteau’s (played by Lambert Wilson) rise to international fame and his deteriorating relationship with his (first) family. The movie is based on books about the explorer as well as testimonies gathered by director Jérôme Salle and his team.

Where The Odyssey delivers is the visuals, which combine on-location footage with computer-generated imagery. The film was shot in multiple locations throughout the globe such as Croatia, South Africa, The Bahamas, and Antarctica. The underwater scenes are beautifully shot and the scene where son Philippe is circled by sharks is especially striking. And as you’d expect from a movie based on the life of a famous conservationist who instrumental in generating social awareness, The Odyssey also delivers an ecological message.

Now we’re not saying spy films are everyone’s favorite genre, but the James Bond series is a cult classic and I think we can all agree they’re quite entertaining. Released in 1965, Thunderball is the fourth movie of the renowned series and stars Sir Sean Connery as the MI6 agent James Bond. The film was a blockbuster and even won the Academy Award for Best Visual Effects. So, what makes it a good scuba diving movie?

Almost half of the action in Thunderball takes place underwater. Since it was shot in The Bahamas, most of the scenes were done at lower tides to avoid shark encounters. Even so, Sean Connery got much closer to the sharks than he wanted. So when you see James Bond looking frightened at the approach of a shark, you’re seeing a genuine reaction from the actor. But the most memorable part of the movie was the well-choreographed underwater battle shot at Clifton Pier. About 60 divers participated in that scene, making it the sequence with the highest number of divers in the history of cinema.

Today, divers can visit the underwater set and explore the Vulcan bomber, an aircraft sunk on purpose to be featured in Thunderball. The production team blew up the Vulcan bomber with dynamite to prevent anyone using the aircraft mock-up for future filming. As a result, there’s not much to see besides some remains scattered over the area. However, this doesn’t stop divers from visiting the spot.

Starring Jacqueline Bisset and Robert Shaw, The Deep is an adventure film based on a novel of the same name written by Peter Benchley. If the name rings a bell, it’s because Benchley – who is also an ocean activist, is the author of bestselling novel Jaws, among many other works that got adapted for cinema. Although it didn’t come close to the success of Jaws, The Deep is an interesting thriller with some references to Jaws but a totally different plot.

While scuba diving off Bermuda, vacationing couple Gail and David come upon the remains of Goliath, a ship that sank during World War II with a cargo of morphine intact. Word of their findings spread across the island and treasure-hunter Romer Treece and drug dealer Henri Cloche get involved. The latter begins to terrorize the couple with Haitian black magic, and that’s enough information to spark your interest because we don’t want to reveal too much.

Many will remember The Deep for that lengthy opening dive sequence and the unconvincing Moray eel attack. Nonetheless, the many scuba-diving treasure-hunting scenes were filmed on location, so you’re getting real wreck diving. According to the ending credits, the film was shot in four oceans: the Pacific, the Atlantic, the Indian, and the Arctic Oceans. About 8,895 dives were conducted during production, consuming 1,054,000 cubic feet of compressed air.

What good scuba diving movies have you watched so far? Let us know in the comments below.

One thought on “6 Scuba Diving Movie That Are Actually Good”