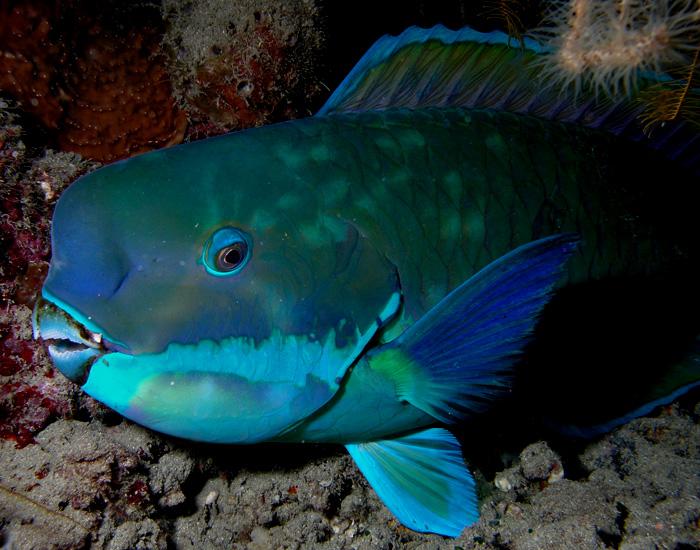 The green humphead parrotfish is the largest species of parrotfish that lives on reefs in the Indian and Pacific Oceans. Their most distinctive features are their beak-like teeth that are partially covered by lips and the pronounced bump on their head.
The green humphead parrotfish is listed as "vulnerable" by IUCN due to the fact that its population has declined because of the spearfishers and netters that hunted them.