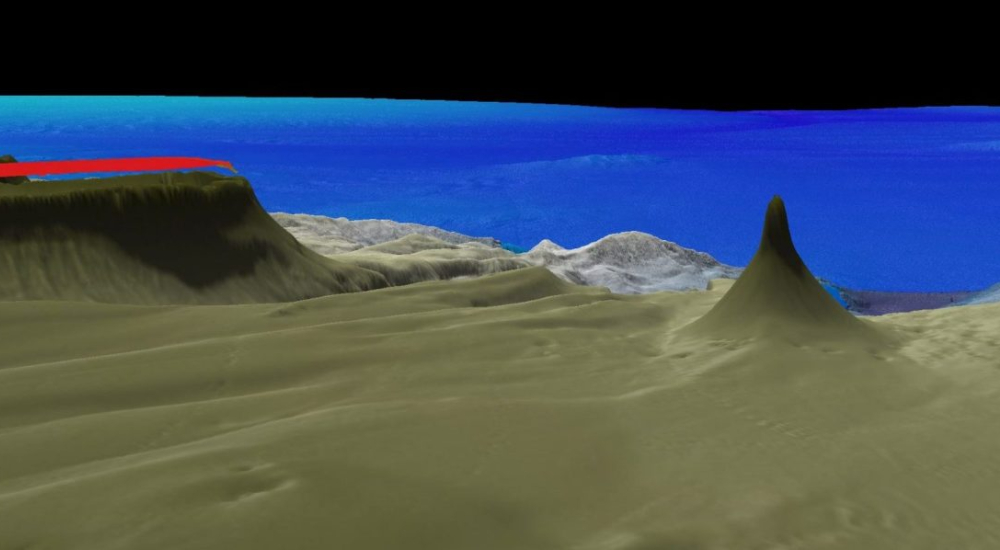 The pinnacle of coral was first found on October 20 in the offshore Cape York area, in Far North Queensland. No one knew of its existence and was discovered by accident. On October 25, using the underwater robot SuBastian, the team of researchers conducted an exploratory dive that was live-streamed on Schmidt Institute’s website and YouTube.

The 500-meter high towering reef is taller than the Eiffel Tower, the Empire State Building, and Petronas Twin Towers. It has a 1.5-kilometer-wide base and ends just 40 meters below the surface of the ocean. Another interesting fact is that detached reefs are stand-alone structures that are not connected to the Great Barrier Reef. What’s more, the newly discovered coral reef tower is estimated to be around 20 million years old.

The Great Barrier Reef has lost half of its corals since 1995. The steepest falls came after the coral bleaching events in 2016 and 2017. Climate change is considered the main reason for the death of the corals, and studies show that the ability of the massive reef system to recover is compromised. Surprisingly, the new coral reef pinnacle is healthy and flourishing and does not show signs of bleaching.

SuBastian’s footage revealed that the reef is teeming with life of all sorts. With coral reefs disappearing throughout the world, isolated seamounts like this are considered critical habitats for marine life. Its upper section has soft corals, sponges, and sea fans, suggesting that strong currents and upwellings are bringing rich nutrients to the reef. Although the researchers didn’t find any new species, the seamount could be home to undiscovered creatures.

The discovery of this new reef is just one of the many findings by the Schmidt Ocean Institute. The year started with the discovery of stunning “gardens” or deep-sea corals in the Bremer Canyon Marine Park. In April, the team came across what is believed to be the longest recorded animal – a 45-meter-long siphonophore in the submarine canyons near Ningaloo. Additionally, researchers from the Western Australian Museum aboard the Institute’s research vessel Falkor also discovered up to 30 new underwater creatures. In August, the Institute’s scientists discovered five undescribed species of black coral and sponges.

As for the newly discovered coral reef pinnacle, with the help of mapping data and underwater imagery, it will most likely be studied extensively in the coming years. The researchers’ goal now is to understand the reef and its role within the Great Barrier Reef Marine Park.