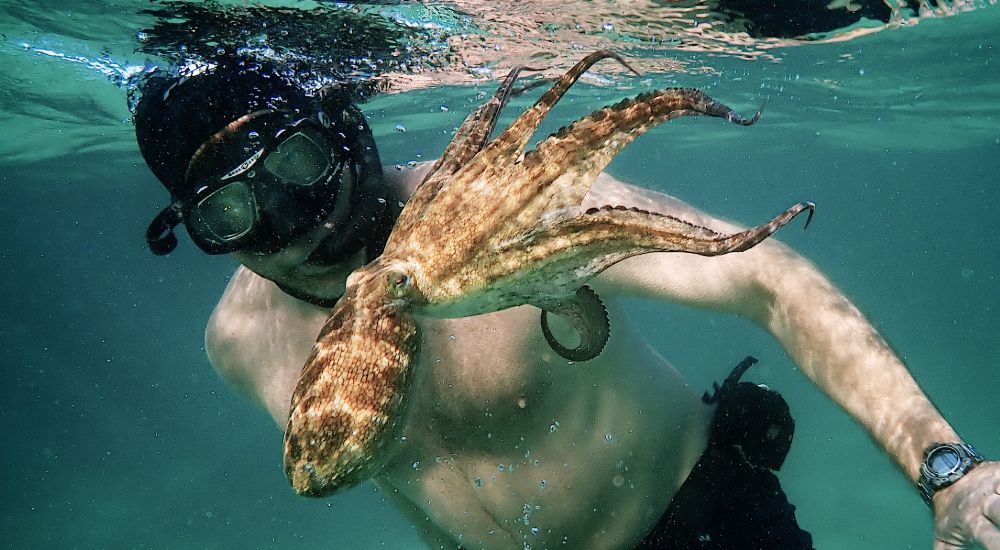 ‘My Octopus Teacher’ began as a personal video project by Foster, who started filming the documentary in 2010. The filmmaker followed the octopus for a year, observing its habits and uncanny ingenuity. The octopus is long gone, as these animals rarely live to be a few years old, but its legacy will surely live on.

Foster freedived without a wetsuit to document the special cephalopod. He filmed their interactions, and viewers get to see how smart and playful the creature is – from outwitting predators to constructing tools from seashells. But the unusual relationship between a human and an octopus goes deeper than this. According to Foster, his time underwater taught him about life’s fragility and even helped him become a better father.

“This really is a tiny personal story that played out in a sea forest at the very top of Africa. But, on a more universal level, I hope that it provided a glimpse of a different kind of relationship between human beings and the natural world,” said director Pippa Ehrlich.

Foster is also a co-founder of the Sea Change Project, a nonprofit group dedicated to raising awareness of the beauty and ecological importance of South Africa’s kelp forest. The dense kelp forest off the southern tip of South Africa is home to an array of marine creatures such as sharks, fur seals, rays, and – of course – octopuses. The most famous one being the star of the documentary, a common octopus that helped a team of nature-lovers to snatch an Oscar.

The Oscar award is a major win for the team behind the documentary, but the beloved film had previously bagged a string of awards such as the Bafta, Critics’ Choice, and Producers Guild awards for best documentary. Many celebrities such as Amy Schumer, Zach Braff, and Justin Theroux have also endorsed the film on social media.

‘My Octopus Teacher’ is available on the popular streaming platform, where it became a viral hit. Although no viewer data has been released, the film is in the top 10 most watched in countries such as South Africa, Australia, and Israel.