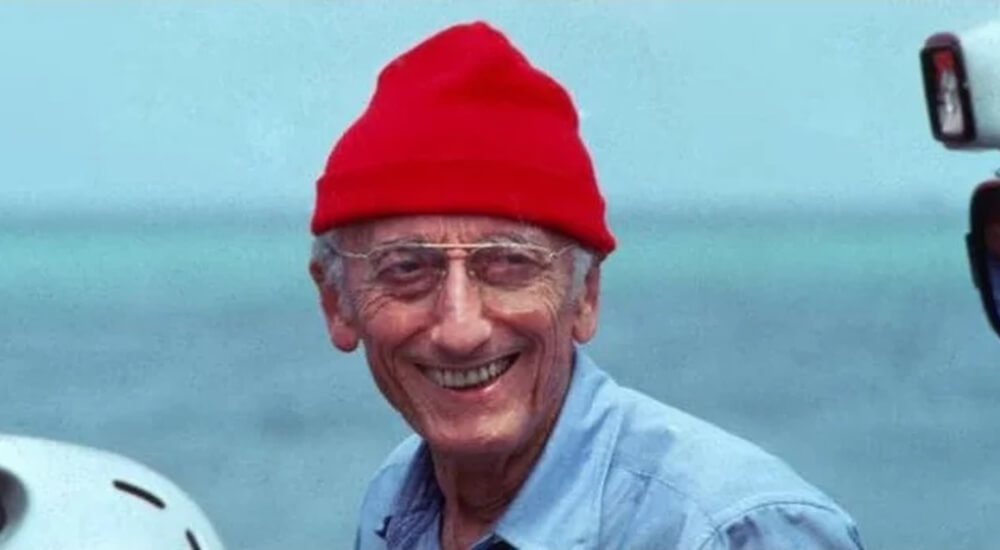 Jacques-Yves Cousteau is renowned for his accomplishments in the field of marine research and contribution to television and the film industry. Divers too owe a lot to the award-winning filmmaker, dubbed “the father of scuba diving”, as he played an important role in the development of scuba gear. Here are some of Jacques Cousteau’s inventions that impacted the way humans explored the underwater world:

Jacques-Yves Cousteau became interested in the ocean as a young man., after surviving a near-fatal car accident that broke both of his arms. As part of his rehabilitation, he began swimming in the Mediterranean Sea every day. This eventually led to him freediving avidly, but he grew frustrated with the limited bottom time and started to experiment with the existing scuba technologies. The only options available at that time were the closed-circuit rebreather devices, which caused him to suffer convulsions on multiple occasions, and the Le Prieur open-circuit scuba set, which he deemed impractical.

He decided to solve the issues posed by the existing scuba devices by designing his own diving regulator. Without a doubt, Cousteau’s most important contribution to the world of scuba diving is the first open-circuit, self-contained underwater breathing apparatus called “Aqua-Lung”. Today, this type of regulator is known as a diving regulator, or demand valve. Cousteau developed the Aqua-Lung with the help of French engineer Émile Gagnan, who was specialized in high-pressure pneumatic design.

The team took inspiration from a similar type of valve that had been used in gas-generator engines. After several unsuccessful attempts, they perfected the valve into a reliable device that would revolutionize the diving scene. The first Aqua-Lung regulator was sold in France in 1946 under the name scaphandre autonome Cousteau-Gagnan (CG-45) and by 1950, the system was being distributed in other parts of the world such as Great Britain, Canada, and the United States.

Invented by Jacques-Yves Cousteau and engineer Jean Mollard, SP-350 Denise – also known as the “diving saucer”, was a small submarine that could hold only two people. It was built in 1959 and after rigorous testing, it became a permanent part of Cousteau’s famous research vessel, Calypso. The submarine was used by Cousteau in 1976 to explore the wreck of the HMHS Britannic, the sister ship of the more famous Titanic. The mini-submarine was capable of exploring depths of up to 400 meters (1,300 feet), although it was never used for dives over 300 meters (980 feet) for safety reasons.

The crew members would enter the submersible through a hatch on the top of the hull. The two people inside had to lie side-by-side on mattresses, watching their surroundings through tilted portholes. Denise’s propulsion consisted of electrically powered water jets that allowed it to move at a speed of speed of 3.7 km/h, or 2 knots. Electric lamps were fitted for night diving and to provide illumination for photography at great depths. In the 1960s, the SP-350 diving saucer received two little sisters: the SP-500s, or Sea Fleas.

Have you ever wondered who was the first man to cage dive? Jacques Cousteau is presumably the first to use shark cages, which he invented to aid in his scientific research on shark behavior. The explorer used a shark cage during the production of the award-winning documentary The Silent World, released in 1956. His cage may have been less secure and different in design than what Rodney Fox, known as the inventor of modern shark cage diving, designed in the 1960s, but Cousteau remains a pioneer in this field as well.

Jacques Cousteau’s inventions list also features an interesting little tool for photographing the underwater world. Calypso, named after Cousteau’s renowned research vessel, was the first self-contained amphibious 35mm film camera to be used underwater. Prior to it, underwater photography was achieved through the use of regular film cameras contained in underwater housings. As a result, underwater photography was slow and yielded poor results. Cousteau dreamed of a tool that would solve issues such as leaking cases, jammed controls, and poor image quality.

This time, the explorer team up with Belgian inventor and aeronautical engineer Jean de Wouters. Calypso was produced in 1960 by French camera maker Atoms and soon became a world-class photographic device. It was even featured in the James Bond movie Thunderball.
Calypso was such a success that world-leading camera-manufacturer Nikon set their eyes on it and secured the exclusive production and distribution rights outside of Europe. Calypso was rebranded as the Nikon Nikonos and paired with some spectacular Nikkor lenses.

Designed as a series of underwater living and research facilities, Conshelf I, II, and III were originally intended to be part of a five-station project. Cousteau was fascinated by the idea of living and conducting research underwater. In the early 1960s, he teamed up with American military physician George F. Bond, a known leader in the field of hyperbaric medicine who dreamed of building underwater modules where divers could spend weeks at a time. Bond’s idea was turned down by the U.S. Navy, but Jacques Cousteau and his team accepted the challenge.

Conshelf I was constructed in 1962, in only 10 meters (33 feet) of water off the coast of Marseilles, France. Its 1963 successor, Conshelf II, was constructed in the Sudanese Red Sea and included a starfish-shaped living habitat submerged at a depth of 10 meters and a deeper habitat at about 33 meters (100 feet). Part of the Conshelf II remains underwater to this day, fully covered in soft coral, and can be explored by divers.

The third and final Conshelf habitat was placed in the Mediterranean Sea, near Nice, France, submerged in over 100 meters (330 feet) of water. A mock oil rig was also set up underwater, and divers performed several industrial tasks.

The Conshelf project proved that humans can live underwater for extended periods but that, even though they have the physical and psychological capabilities to do so, they are not made to survive in a world without sun. Regardless of this, these experiments gave rise to the training astronauts must undergo today before leaving for outer space.

These are just some of the many inventions and collaborations of Jacques Cousteau. Other notable technological innovations he was part of include a decompression chamber for simulated dives, underwater scooters, equipment for undersea television, and unique wind turbines for his other expedition ship – Alcyone. Without a doubt, Cousteau’s pioneering technologies remain the core of modern diving devices.