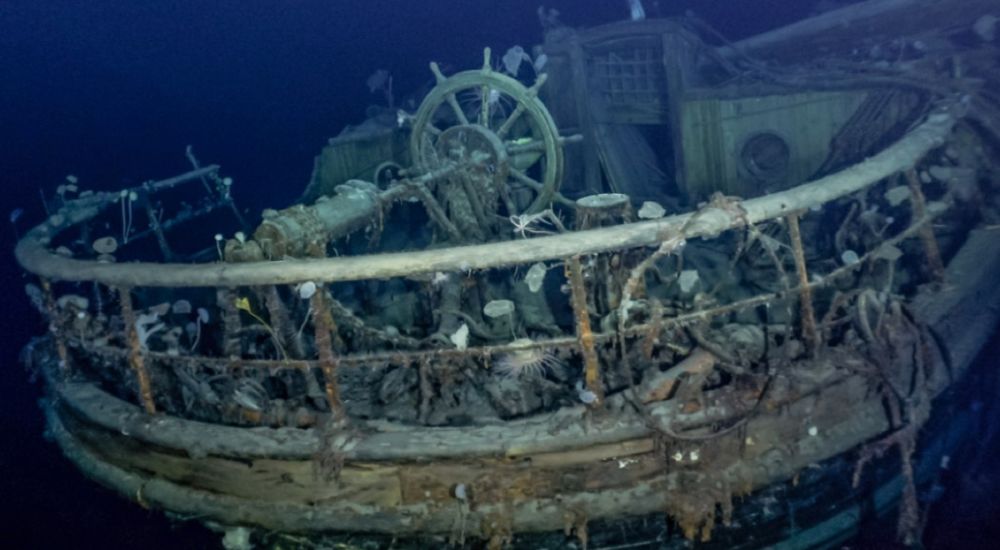 More than 100 years after its demise, one of the most legendary shipwrecks in the world is discovered in pristine condition below the icy waters of Antarctica. Its story is indeed one of endurance.

It was December 5, 1914, that Endurance – a beautiful three-masted barquentine built in 1912, departed from South Georgia in the southern Atlantic Ocean towards Vahsel Bay, Antarctica. Aboard it was the renowned Anglo-Irish Antarctic explorer Ernest Shackleton along with its crew of the Imperial Trans-Antarctic Expedition, made up of 27 men and one cat, Mrs. Chippy.

With sea conditions getting increasingly worse, the ship could not complete its voyage and had to be converted into a winter station. Despite hopes that it would be released from ice and could sail again, by the end of October 1915, it became obvious that Endurance was gradually losing the battle with the sea.

The crew transferred the supplies and equipment onto the ice, where they would camp on a large floe. On 21 November 1915, Endurance finally broke up and sank into the Weddell Sea. As for the men and Mrs. Chippy, after spending two months camping on ice and five days at sea in lifeboats, they eventually reached land, disembarking at Elephant Island, more than 500 km from where their ship sank.

In February 2022, a world-leading exploration team using state-of-the-art technology set out to scan the ocean floor in the hopes of discovering the long-lost ship. All they had was the approximate location of Endurance, which was logged by the ship’s captain, Frank Worsley.

On March 9, the Falklands Maritime Heritage Trust released a press statement confirming that the expedition was successful in locating the wreck of the Endurance. The ship was found a few days prior at a depth of 3,008 meters in the Weddell Sea.

Endurance is a protected historic site and monument under the Antarctic Treaty System. As such, no artifacts or parts of the ship have been salvaged from the site.

Enduring the Test of Time

The ship sits upright on the seabed in an excellent state of preservation. Its name, “Endurance,” is clearly visible across the stern. The pristine, icy waters and darkness at thousands of meters underwater have helped the ship remain in almost the same condition as it was when it slipped beneath the surface.

No humans will inhabit the wreck ever again, but the ship still experiences life as deep-sea creatures that have made a home of it. Most of them are filter feeders that munch on the nutrients these dark waters have to offer.

Water lilies, which are not in fact plants but invertebrates, have been spotted on the wreck. These animals date back more than 400 million years ago and are considered “living fossils.”
Huge sea anemones, sea squirts, and even a crab have also been filmed. And these are just some of the deep-sea creatures that have claimed their spot on the man-made structure.

The expedition team has been filming for a long-form documentary chronicling their journey to the wreck site. The documentary is set to premiere this fall on National Geographic in 172 countries.