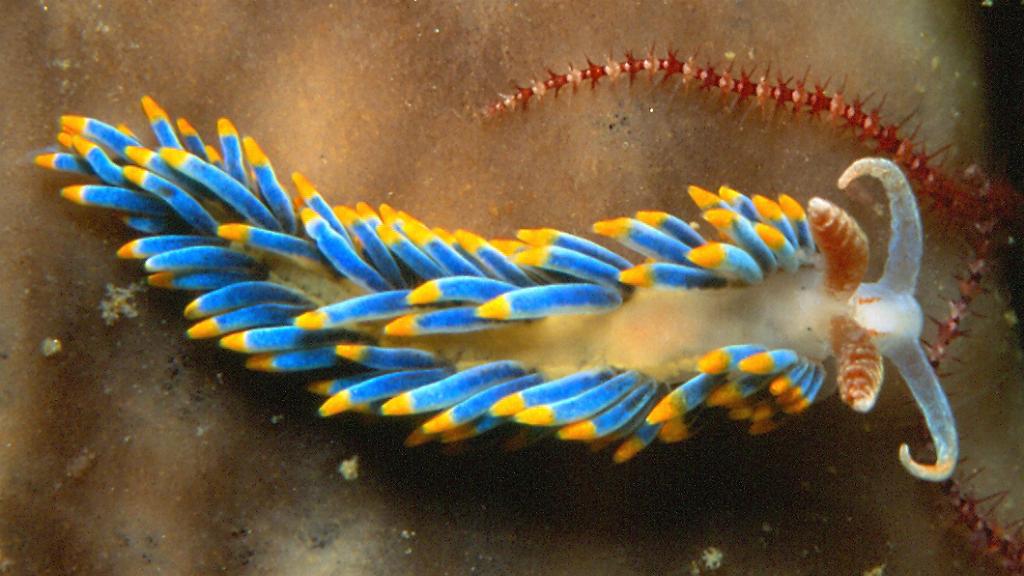 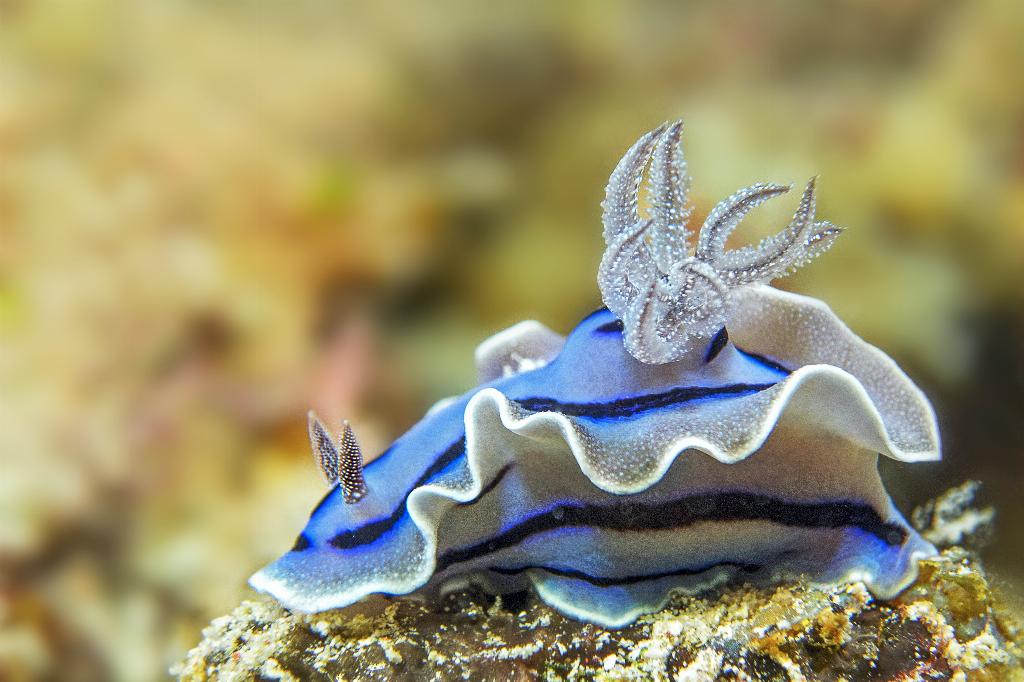 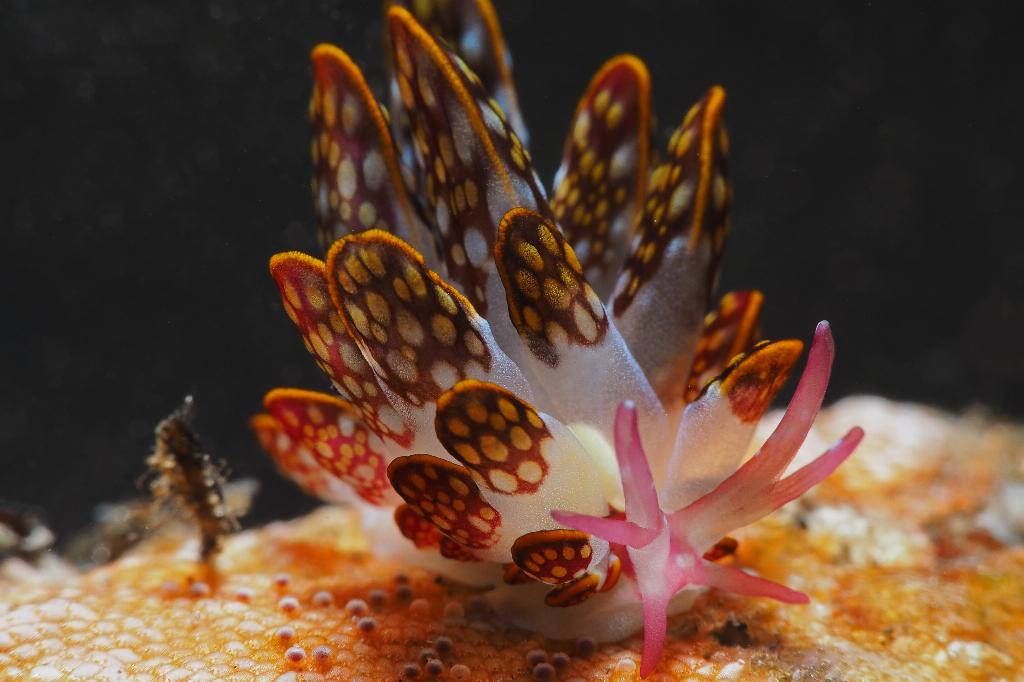 The Nudibranch is a type of sea-slug often known for its extraordinary colors and striking forms. They can be found in all the world's ocean but they are more common in warm temperate and tropical waters.
The name "nudibranch" is a combination of the Latin word "nudus" and the Greek word "brankhia" which are translated to "naked" and "gills".
Some species of nudibranchs can be toxic while other just pretend to be toxic. They can either make their own toxins or absorb toxins from their food and release them in the water when they are threatened, but they are harmless to humans.
There are people in Chile, Russia and Alaska who actually eat raw nudibranchs and had described it as "chewing an eraser"