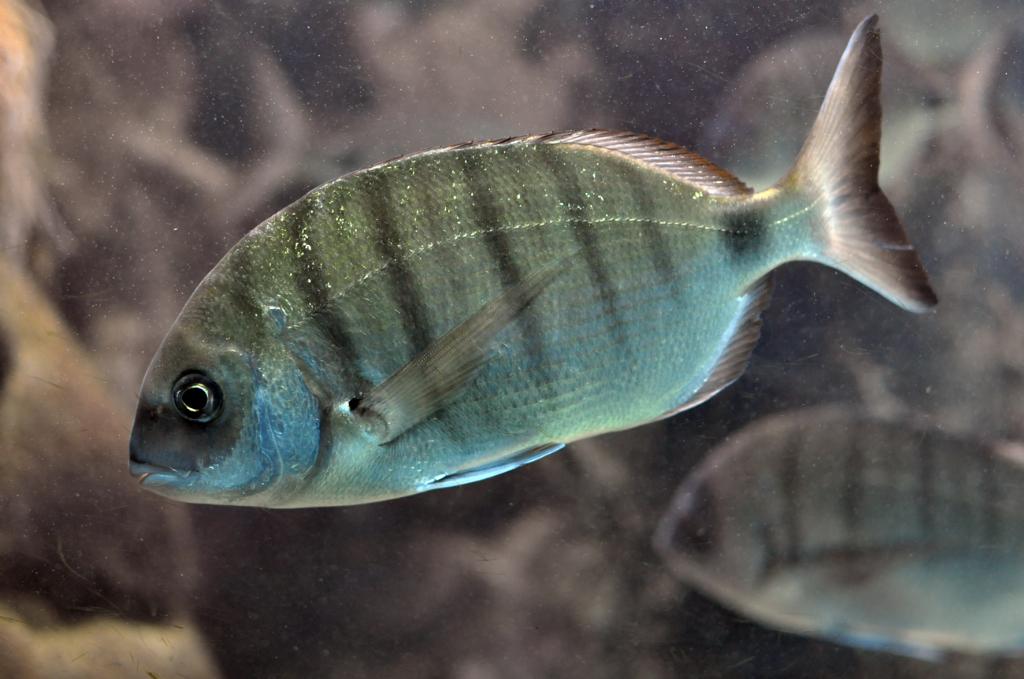 The sargo lives in the eastern Atlantic and western Indian Oceans, from the Bay of Biscay southwards to South Africa, including Madeira and the Canary Islands, the Mediterranean and (rarely) the Black Sea. It generally remains in the surf zone, but individuals have been found at depths of 50 meters as well.
This fish has an average length of 22 centimeters, but it can sometimes reach even 45 centimeters.
Adult sargos have a compressed oval shape with their backs elevated. The head has a steep, straightish upper profile and a small mouth. Their body is metallic silvery, with a grayish tinge on the back and silvery below; they also have a distinguishing dark vertical bar running across the body. Occasionally, sargo are entirely bright yellow, orange or pure white.