Malaysia is a world-class diving destination, bordering four seas and straits and having more than 4,600 km of coastline. The country is split into two regions: Peninsular Malaysia to the west and Malaysian Borneo to the east. Both regions offer incredible diving, but one area, in particular, is blessed with one of the top diving areas on Earth: Sipadan.

The diversity of marine ecosystems around the islands of Malaysia, which number about 200, is incredible. In 2016, Malaysia opened its largest marine park yet - the Tun Mustapha Marine Park off the north coast of the state of Sabah – which includes more than 50 islands and contains more than 250 species of hard coral.
Even those based in Kuala Lampur can easily reach many excellent diving destinations within the country. 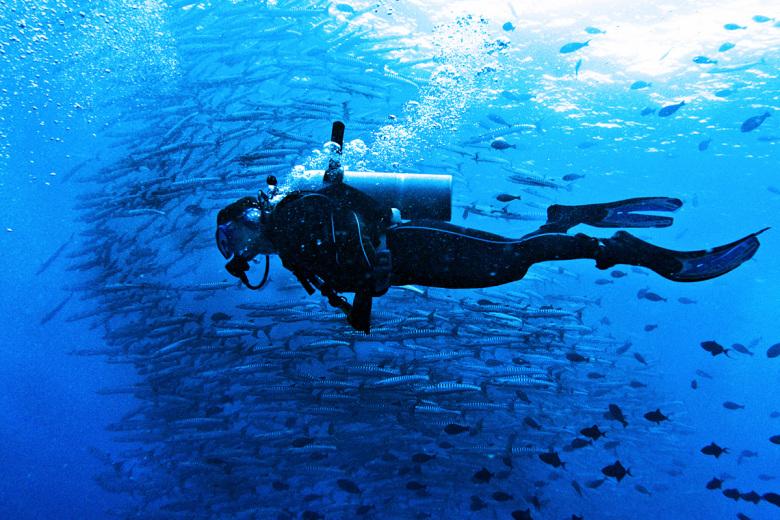 Barracuda Point, Sipadan, one of the best dive sites in the world. Photo by Chen Wu

The diving season in Peninsula Malaysia runs from February to November. On the west coast of Malaysian Borneo, the best time to go is between March and May, while for the east coast, the best diving conditions are found from April to December.

Water visibility exceeds 10 meters (33 feet) in all locations but is particularly excellent in Borneo, where it goes up to 30 meters (100 feet) or more.

If there’s one thing divers know about scuba diving in Malaysia is how great diving in Sipadan is. Located in the Celebes Sea off the east coast of Sabah, Sipadan is the only volcanic island in Malaysia and home to one of the top ten diving spots in the world: Barracuda Point. Sipadan is a protected marine park and one of the most bio-diverse regions on Earth, boasting over 3,000 species of fish and hundreds of species of coral. The strong currents sweeping past it have made it a converging point for the entire marine food chain.

Located just 20 minutes from the famous Sipadan, Mabul offers some of the best muck dive sites in the world. Divers will also find spectacular walls, sloping coral reefs, and even a wreck. Mabul is known for its large populations of jackfish, sea turtles, groupers, barracudas, and bumphead parrotfish. Whale sharks have also been spotted here and eagle rays and devil rays are also not that uncommon. However, divers love Mabul for its critters, so don’t forget to bring your camera if you’re into macro photography.

Kapalai is the third point of Sabah's Golden Triangle, along with Sipadan and Mabul. A sandbar rather than a true island, Kalapai was build because of its proximity to Sipadan, but it has since become a diving destination itself thanks to its premiere macro dive sites. Mimic octopus, blue-ring octopus, wasp fish, ghost pipefish, leaf scorpionfish, frogfish, and stonefish are some of the marine animals you can expect to see here. At the base of the wrecks surrounding the sandbar, you can spot schools of jacks and barracudas, as well as large, solitary groupers.

Some of the best diving in Malaysia can also be experienced at Lankayan, a beautiful island boasting about 30 dive sites. Lankayan offers beautiful corals, wrecks, and interesting critters for muck divers. The wreck dive spots are teeming with barracudas, trevallies, and huge schools of fish. Furthermore, it is also said that Lankayan offers the best chance of spotting whale sharks in Malaysia. But be sure to visit during the whale shark season, which runs between March and May.

For those based in Peninsular Malaysia, Redang is a good option for quality diving. The island is located within the Terengganu Marine Park, nearby Kuala Terengganu. The Terengganu Marine Park is a protected area with the largest diversity of species of coral in the peninsular waters. This rich marine habitat consists of beautiful coral gardens filled with gorgonians, dendronephthya soft corals, mushroom corals, along with numerous types of reef fish. loggerhead sea turtles, rabbitfish, batfish, and moray eels are some of the creatures you can encounter here. 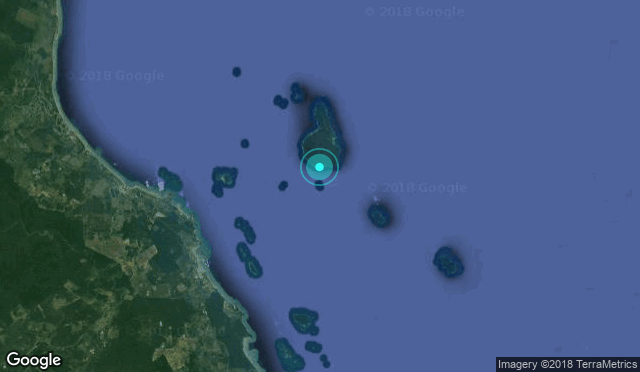 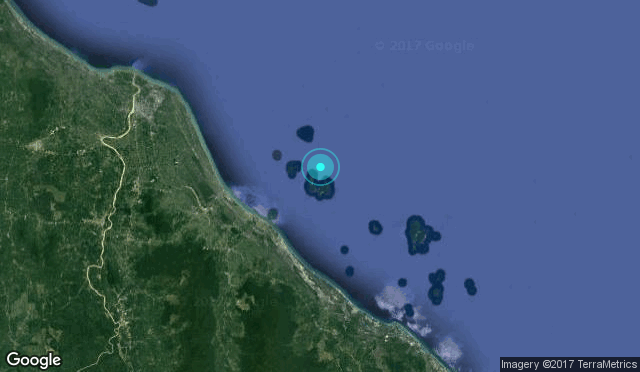 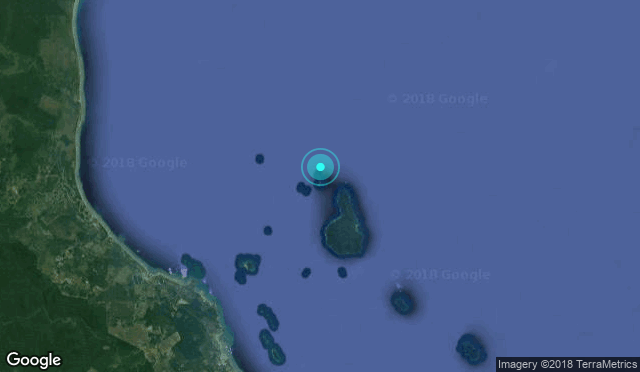 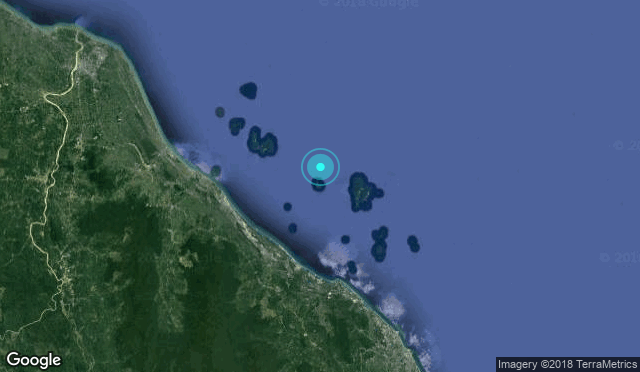 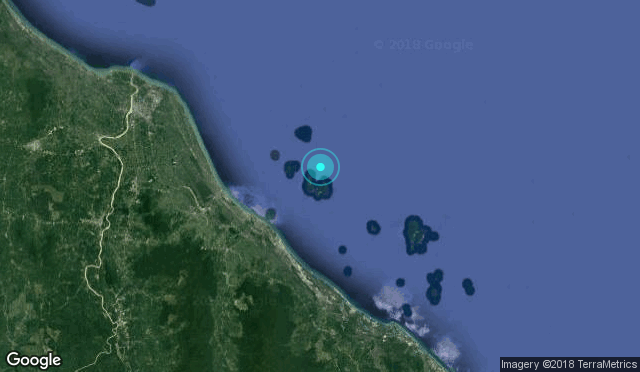 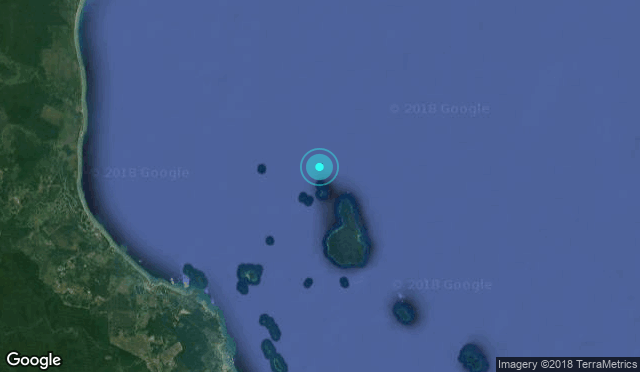 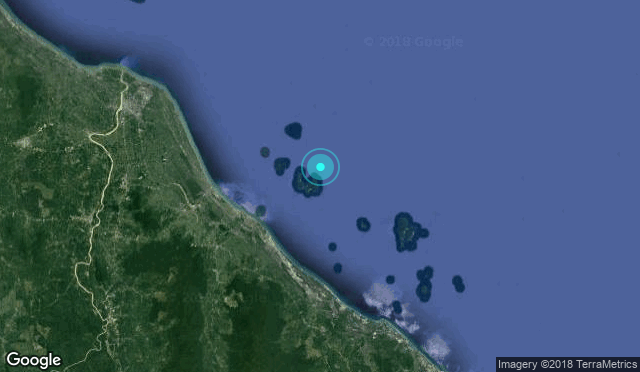 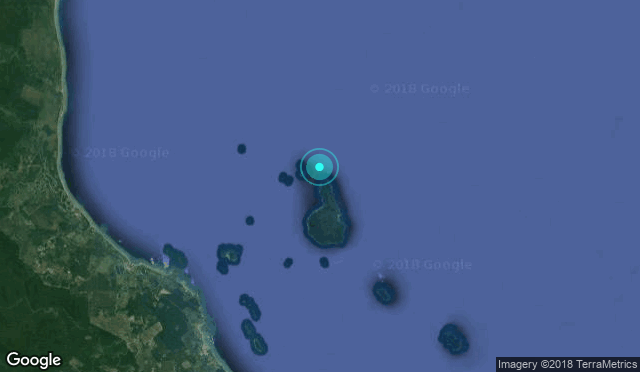 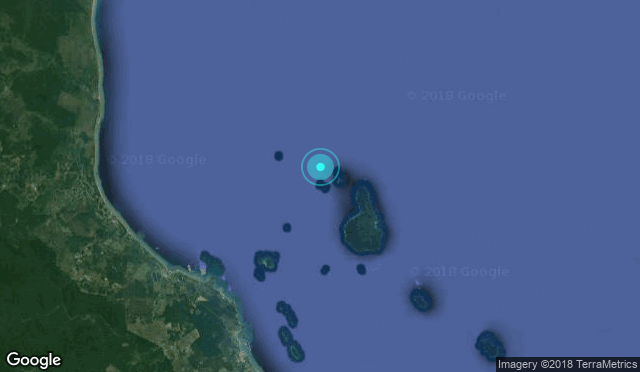 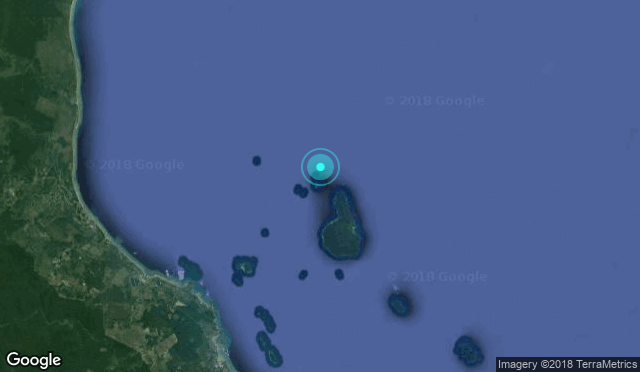 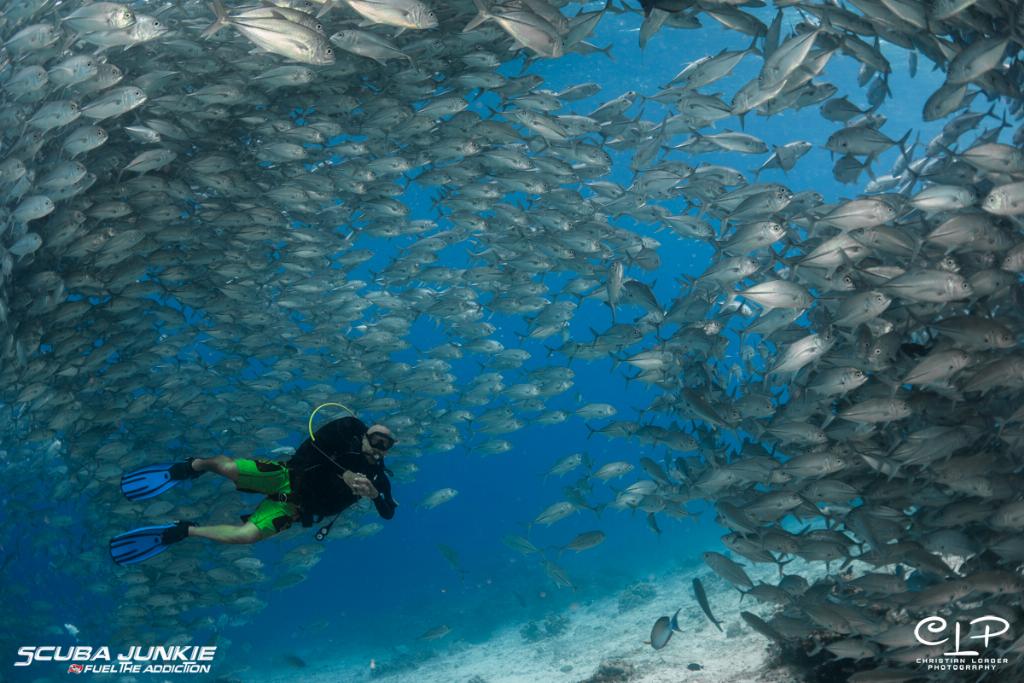 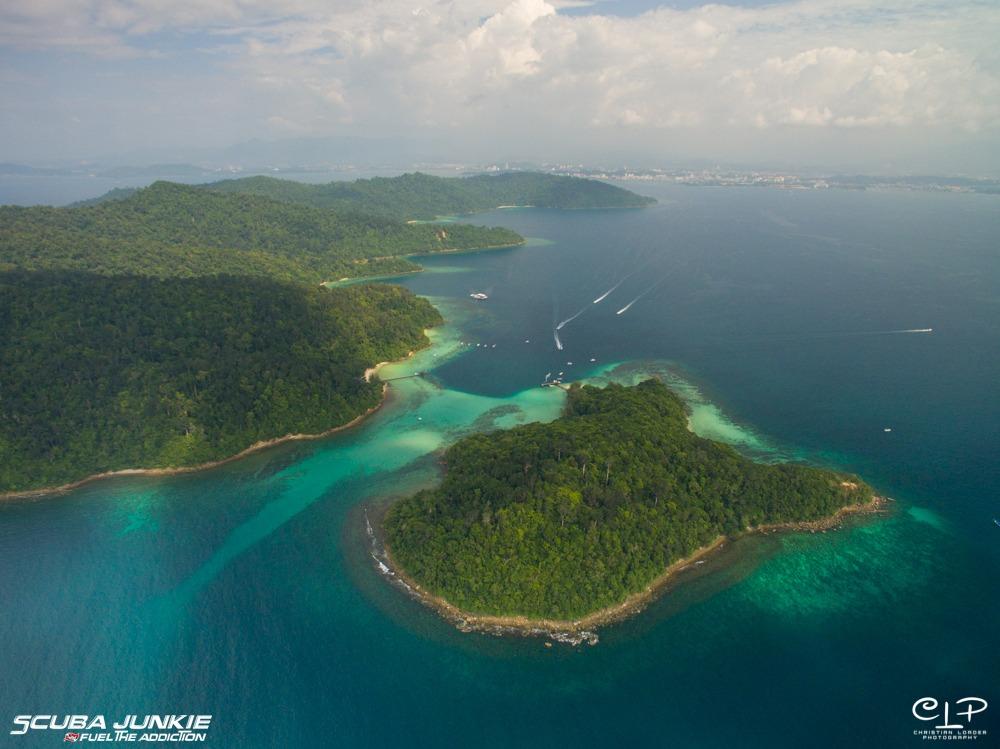 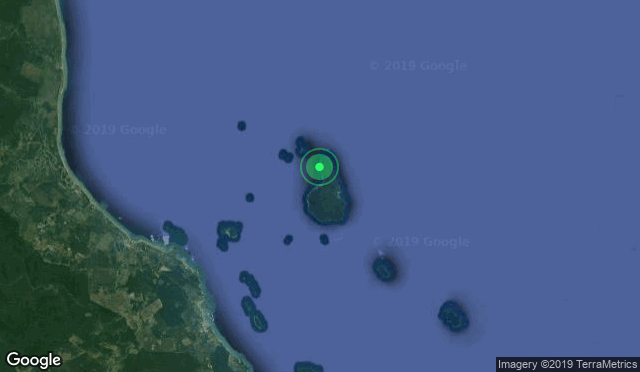 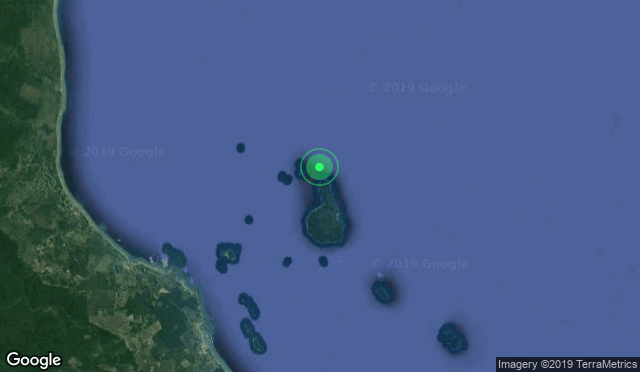 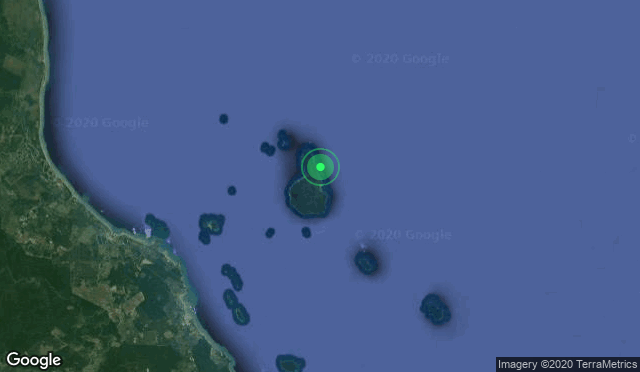 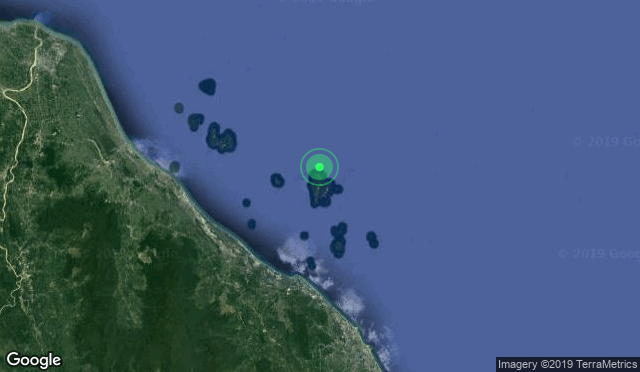 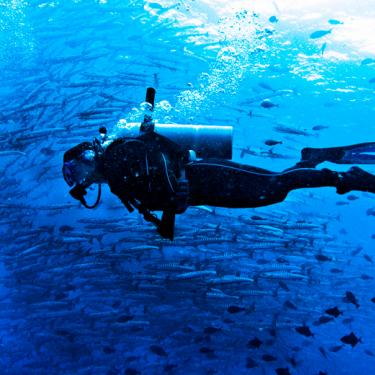