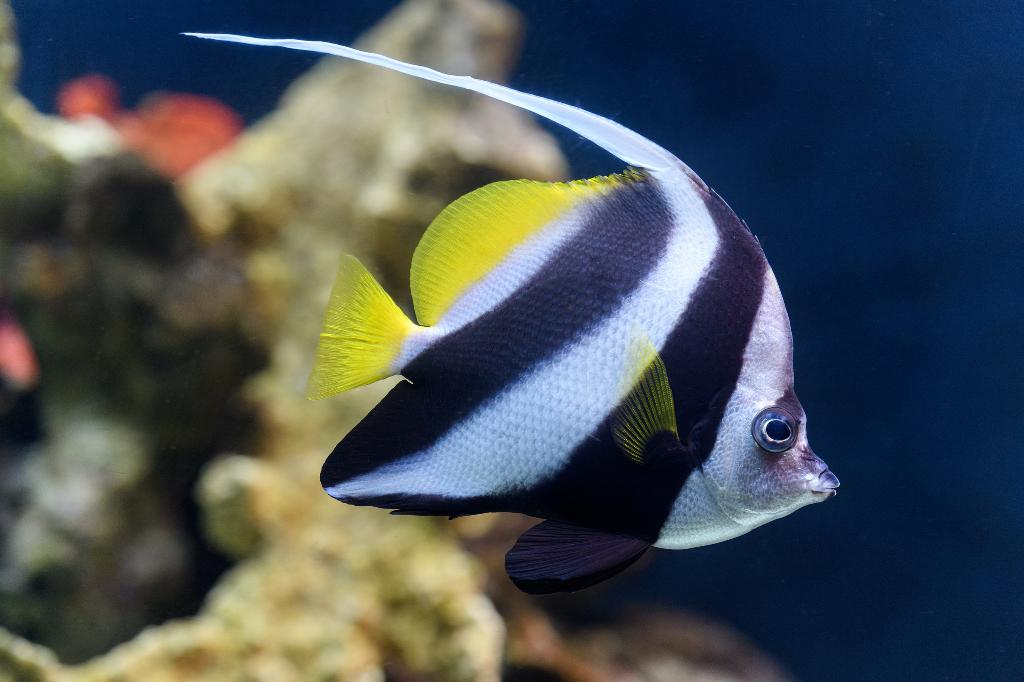 The longfin bannerfish can be found throughout much of the tropical Indo-Pacific region, ranging from the East African coast and the Arabian Gulf in the west to the Society Islands in the French Polynesia in the east, and from southern Japan and the island of Taiwan in the north to Australia's Lord Howe Island in the south. This species is mainly linked to coral and rocky reefs, and is often found in deep lagoon areas and outer reef slopes, in depths ranging from 2 to 75 meters.
This fish can grow up to 25 centimeters in length, but its average size is around 15 centimeters. It has a laterally-compressed body, with the first rays of its dorsal fin stretching in a long white filament. The background colour of its body is white and it has two large black diagonal bands. Its dorsal and caudal fins are yellow. The snout is a bit stretched and tis mouth can be extended when feeding.
Longfin bannerfish hover motionless while feeding because their food sources, namely coral polyps and Christmas-tree worms, retreat to their shells.