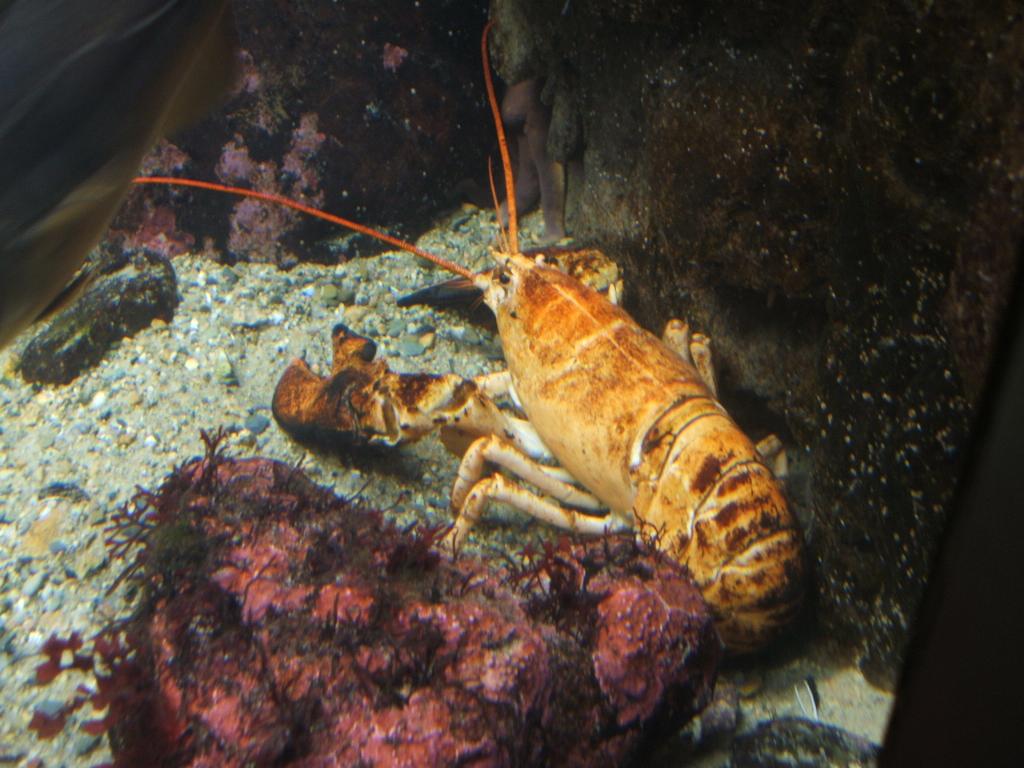 The lobster is a large marine crustacean that lives in crevices or burrows on the sea floor. They have long bodies with muscular tails and three out of their five pairs legs have claws.
There are two groups of lobsters: clawed and spiny. The clawed lobsters have claws and they live in cold waters and the spiny have long antennas and they can be found in warm waters.
The female lobsters sheds its shell in order to regrow a bigger one. Because she becomes vulnerable, she decides to mate during this time in order to stay with a male until she is protected by her new shell.
An interesting fact is that in 17th century, the lobster was an affordable item which was only consumed by the poor. They were used for feeding animals such as pigs and there were actually laws that forbade people to serve it to servants or prisoners more than three time per week.