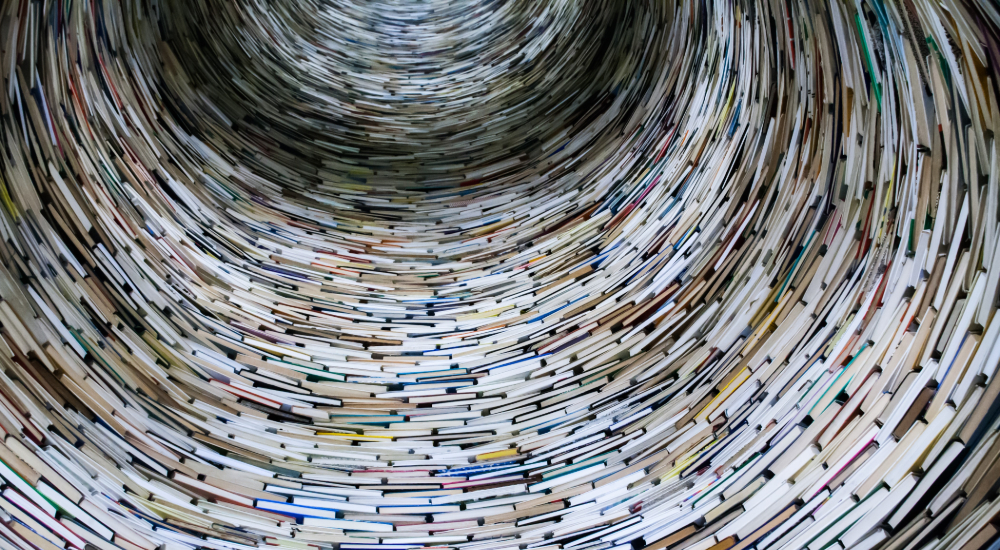 We love watching movies, documentaries, and YouTube videos about diving, but we’re always returning to the good ol’ books. In our opinion, a good book is one that makes us feel, takes us on a compelling journey, or teaches us important lessons. We’ve gone over our favorite scuba diving books, and we believe you’ll love them just as much as we do. Whether you’re looking for entertainment, history, survival guides, memoirs, or journalistic pieces, you shouldn’t have a problem finding your next read among these wonderful suggestions:

The Silent World by Jacques Cousteau and Frederic Dumas

One of the oldest and most popular scuba diving books, The Silent World is a real-life adventure story written by the famous explorer and inventor, Jacques Cousteau, and his closest partner, cinematographer Frédéric Dumas. The memoir was an instant, international bestseller upon its publication in 1954. The book chronicles Cousteau’s early days of underwater adventure, after pioneering scuba gear. Cousteau and Dumas share with us what it is like to be “menfish” swimming in the deep with sharks, whales, mantas, and other fascinating marine creatures.

Into the Planet: My Life as a Cave Diver by Jill Heinerth

This thrilling book was written by renowned cave diver Jill Heinerth, the first person to dive deep into an Antarctic iceberg. Into the Planet allows us to plunge into Heinerth’s extraordinary life as an explorer, scientist, and filmmaker. The writer delivers an intimate account of the beauty and terror of exploring underwater caves. In a male-dominated field, Heinerth tests the limits of human endurance and risks her life with each mission, but in the process, she learns how to master fear.

This survival guide by diving veterans Dan Orr and Eric Douglas covers everything from planning to equipment safety, currents, missing diver, search techniques, first aid, overhead environments, entanglements, dangerous marine life, and much more. Scuba Diving Safety helps divers prepare for the worst o they can build up the confidence to enjoy their adventures to the fullest. This is a valuable resource of divers of all levels, but more so for those interested in becoming Rescue Divers.

Deep Shadow is a tropical thriller set in the paradisiac island of Bonaire. It tells the tale of a scuba diving instructor and divemaster who sees something he shouldn’t have – a narco sub, and his world gets turned upside down after getting caught in the middle of this mystery. Fictional author Nick Sullivan is an avid scuba diver who sneaks to the Caribbean to indulge in his passion every chance he gets. It’s easy to tell that Deep Shadow is, in fact, a love-letter to the beautiful Caribbean, but one that is filled with adventure, suspense, and humor.

Dark Descent: Diving and the Deadly Allure of the Empress of Ireland by Kevin F. McMurray

On May 29, 1914, the ocean liner RMS Empress of Ireland was struck by the freighter SS Storstad and sank in only fourteen minutes, taking more than 1,000 victims with her. It remains the worst marine disaster in Canadian history and one of the largest losses of life ever in a maritime accident. If you’re a technical or wreck diver, you will thoroughly enjoy this book! Dark Descent is written as though you were diving with the team of explorers, and you can almost hear the sound of the regulators and feel the pressure and low temperature of the water.

Where Divers Dare: The Hunt for the Last U-Boat by Randall Peffer

A very good read about the courageous men who found the last sunken U-Boat off the Eastern Seaboard. After more than 60 years of searching for her resting place in the northern Atlantic Ocean, a team of divers finally discovered the tanker SS Pan Pennsylvania some 300 feet below the surface, in very cold water with limited visibility. Readers also get a glimpse into her past and learn about the times in which she sailed and how it eventually sunk after being depth-charged, shelled, and machine-gunned in 1944. Where Divers Dare is a must-read for divers passionate about history and deep-wreck diving.

Diving into Darkness: A True Story of Death and Survival by Phillip Finch

In the mid-2000s, two men descended to the bottom of the biggest underwater cave in the world to retrieve the body of a missing diver who had disappeared ten years earlier. Only one of them returned to the surface. Through expert investigative journalism and storytelling, journalist and book author Phillip Finch provides us with a very gripping read. This is a story of death and survival in one of the most dangerous sports in the world – cave diving. It is an eye-opening true-life drama that teaches us that some limits just aren’t meant to be pushed. Technical divers will find Diving into Darkness a real page-turner, with a lot of technical jargon only divers can appreciate.

Diver Down: Real-World SCUBA Accidents and How to Avoid Them by Michael R. Ange

This survival guide explores the multitude of life-threatening diving situations that can occur when diving in an overhead environment, deep water, strong currents, and other dangerous environments. Diver Down teaches you how to prevent diving accidents and health issues through inspection and maintenance of diving gear, safety protocols, emergency response, and other vital skills every diver must possess. It goes into detail on real-life dive accidents, what happened during the emergency, and what proceeded them. The purpose of this guide is not to scare you, but to turn you into a more knowledgeable diver that can tackle almost any problem.

Shadow Divers: The True Adventure of Two Americans Who RIsked Everything to Solve One of the Last Mysteries of World War II by Robert Kurson

One of the most thrilling non-fiction books you’ll ever read, Shadow Divers tells the story of deep-sea divers John Chatterton and Rich Kohler, who in 1991 dove to a mysterious wreck lying at about 230 feet, off the coast of New Jersey. They identified the wreck as a WWII U-boat and spent the next six years researching the boat’s identity and its demise. Their quest becomes an obsession, one which cost them their marriages and the lives of three of their companions.

The Last Dive: A Father and Son’s Fatal Descent into the Ocean’s Depths by Bernie Chowdhury

An emotional book that chronicles the accidental deaths of a father-son scuba diving team. The two perished in 1992 while trying to unlock the secrets of a mysterious German U-Boat resting in deep water about 60 miles off the coast of New Jersey. The Last Dive reveals the lure and dark side of scuba diving, and will leave you with a better understanding of technical diving and why decompression sickness kills or severely injures so many divers. There are also some autobiographical bits in the book, the author describing his own serious wreck-diving accidents, from which other divers can learn valuable lessons.

Neutral Buoyancy: Adventures in a Liquid World by Tim Ecott

How did it all start? How are we now able to dive at such great depths? Journalist and diver Tim Ecott guides us through the history of underwater exploration while recounting his own diving adventures. Neutral Buoyancy is divided into several chapters, from Ancient Greece’s sponge divers to the development of diving bells and modern scuba diving equipment. Ecott’s personal diving stories are equally as interesting, with recollections from his diving trips around the world, from the Channel Islands to Florida, the Seychelles, and beyond.

100 Dives of a Lifetime: The World’s Ultimate Underwater Destinations Hardcover by Carrie Miller

For those planning a new dive adventure, Nat Geo’s award-winning writer Carrie Miller’s 100 Dives of a Lifetime may prove to be a valuable resource for inspiration and travel advice. Worst case scenario, it will still make for a good coffee table book, one filled with breathtaking photographs of the underwater world. Categorized by diving experience and certification level, each location was carefully picked to cover as much of the Earth’s oceans as possible – from Hawaii to Belize to Cocos Island, and even Antarctica. Beware, this book will definitely have you adding new places to your bucket list.

What are your favorite scuba diving books? Leave us a comment below.