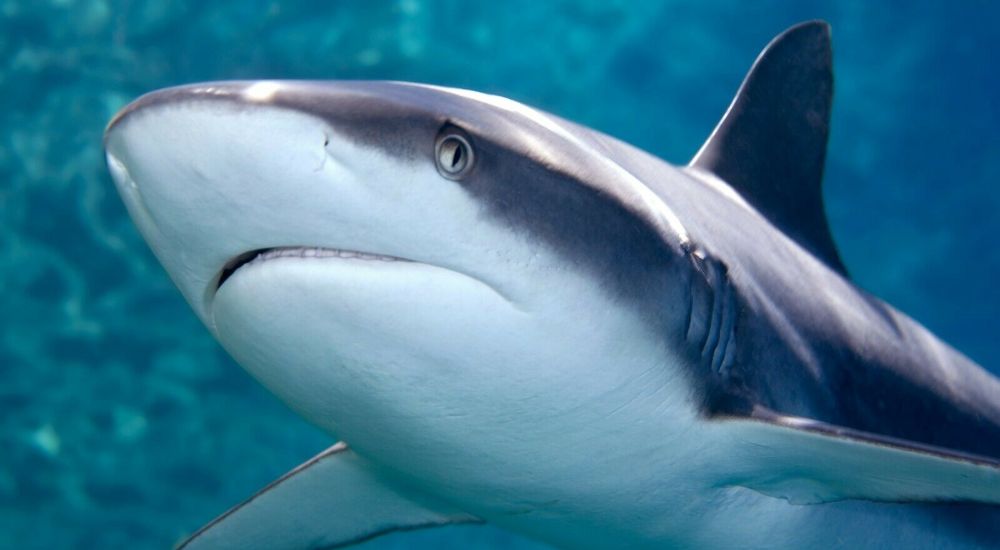 Some sharks have adapted to “buccal pumping,” which is holding water in the cheeks and pumping it over the gills. This allows them to breathe while resting on the ocean floor. As water passes over the gills, small capillaries allow oxygen to enter the sharks’ bloodstream.

Other species of shark-like grey reef sharks never stop swimming to stay alive. But there’s one question that keeps puzzling marine biologists: How do they rest if they can’t stop moving? Researchers studying grey reef sharks (Carcharhinus amblyrhynchos) in the southern channel of Fakarava Atoll, French Polynesia, notice something that seems to answer their burning question.

They were there to document the sharks’ behavior during the night when the channel becomes a hunting ground. Strange enough, the team realized that many of the sharks remained in the small channel during the day even though they weren’t actively hunting.

Researchers found that the sharks used the channel to rest during the day. The sharks would take turns navigating the channel, using it as a sort of conveyer-belt-like system. One shark would swim against the current towards the end of the channel before allowing the current to carry it back to the starting point. The next sharks in line did the same.

Scientists are convinced this behavior proves that grey reef sharks can take a break from all that swimming too. By surfing the current, grey reef sharks can swim with minimal effort and relax. Many barely moved their tails, appearing like they were floating, or taking a power nap. Still, they weren’t sleeping.

The team, led by marine scientist Yannis Papastamatiou from the Florida International University in Miami, used a variety of tools, including animal-borne video cameras, tags fitted to the animals’ dorsal fins, and a bathymetry map. With these tools, the researchers could construct a biomechanical model to calculate the energy expenditure of the sharks swimming in the updraft currents of the channel. A number of 40 sharks were tagged to record their activity and depths.

The data confirmed that the sharks choose to go in the updraft currents during the day to minimize energy expenditure. The team found that surfing the slope enabled sharks to reduce the routine metabolic rates by 10% – 15%.

“This study is a nice demonstration of energy seascapes, a spatial representation of how much energy it costs an animal to move through an environment,” Papastamatiou said. “Marine environments are a lot more dynamic because of the water currents, which are much less predictable. They can change seasonally, throughout the day, and even minute by minute. Ultimately, the energy seascape helps explains why these animals are in this channel hanging out there during the day. Now we have an answer,” he added.

The findings could apply to other coastal areas with updraft currents. A recent study discovered an abundance of sharks throughout the northern Great Barrier Reef, an area swept by strong currents. The researchers are now convinced this is not just a mere coincidence.

Future research may be able to use the information discovered by Papastamatiou and his team to predict why some sharks may prefer an area over another as well as to locate sharks and other species that need to keep moving to remain alive.

Read more about the study in the Journal of Animal Ecology.